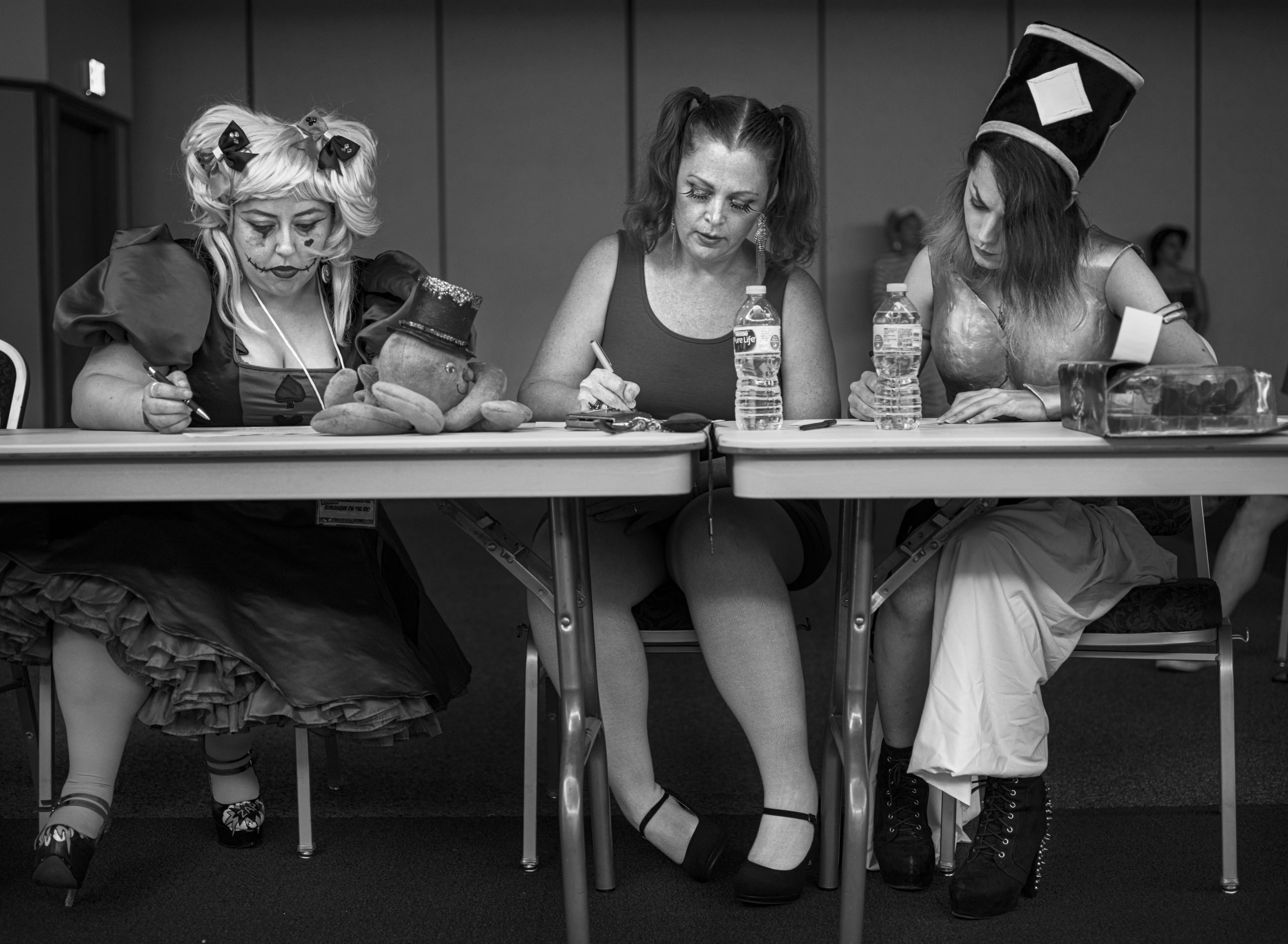 Judges in the Cosplay Competition deliberate on the contestants’ costumes. “It’s pretty straightforward,” professional cosplayer Alecta Arcana, right, said of her judging criteria. “Are you giving stage presence, or are you just posing?”
Subscribe

ALPINE —A crowd of at least 400 turned out for the fourth Big Bend Comic Con in Alpine on Saturday.

Vendors spread out on the second floor of the Sul Ross State University Espino Center, where visitors browsed comics and art.

Many of the attendees wore costumes of their favorite characters. Conch Gomez, 26 and a recent master’s degree graduate from Sul Ross, was dressed as Mario, the famous Nintendo character.

An Alpine resident, Gomez attended his first Comic Con in El Paso in 2012. He’d come as Mario because he said the character was important to him.

“I had the original first game,” Gomez said of the Super Mario Brothers franchise. “Mario’s just been a part of my life.” 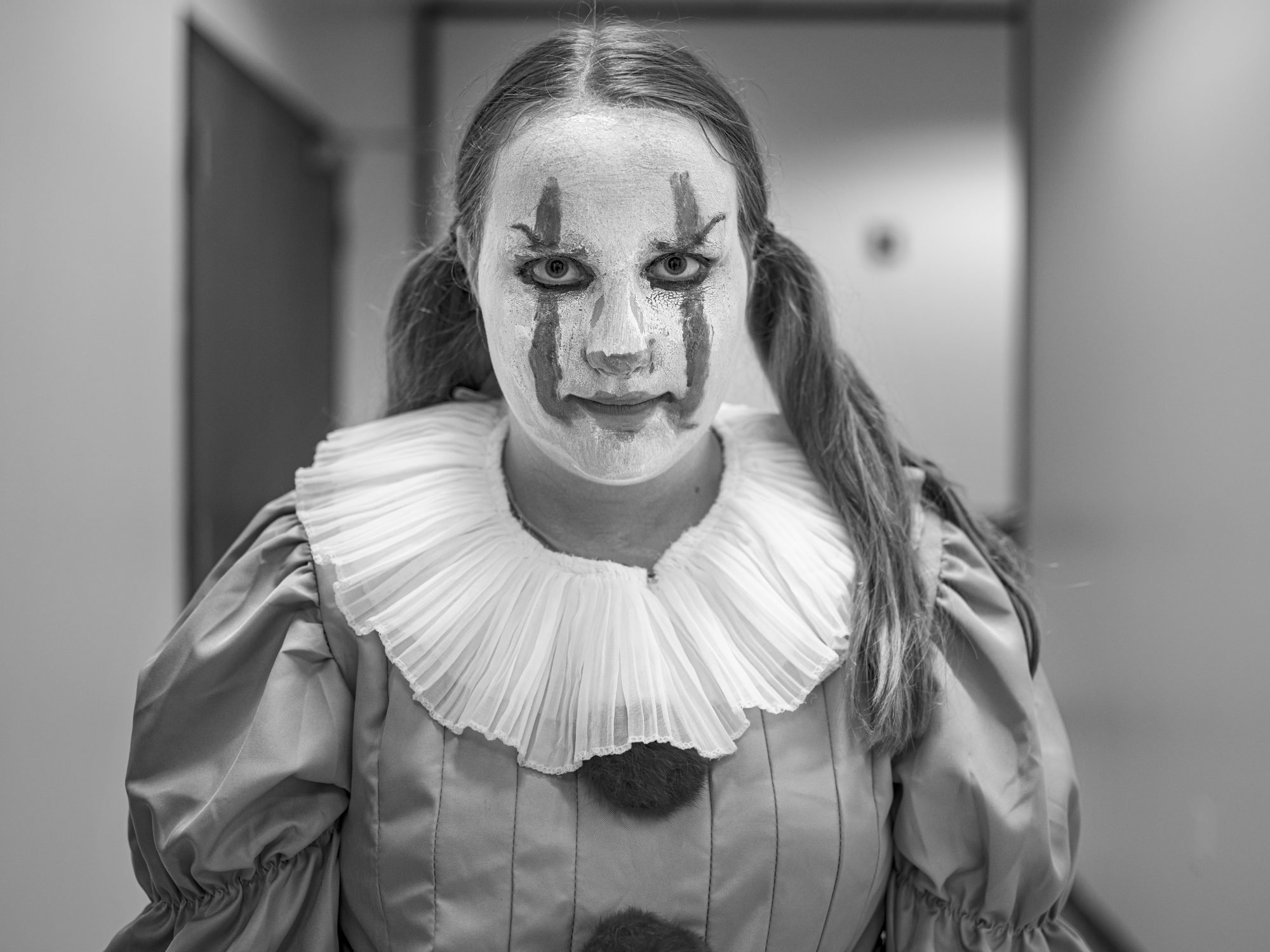 Faith Farrer, a sophomore at Ft Davis High School, dressed up as Pennywise from the movie It

Also in attendance: Marfa Police Chief Steve Marquez, who was there with his wife, Christa, and three of their children. “One of these days we’ll make it to San Diego,” Marquez said, referring to the main Comic Con event in the California city.

His daughter, Ashley, 12, showed off her “Joker” earrings. “I really like Comic Con because there’s been a lot of cool stuff,” she said.

“She likes to see her dad act like a kid,” Chief Marquez added.

There was a wall of art drawn by visitors, a photo room and another room where people could sample Oculus Rift, the virtual-reality headset.

Towards the end of the event, there was also a contest for visitors to show off their costumes. Excited contestants waited in a hallway — including Nikolas Moreno, 19, who was dressed in a homemade “Power Rangers” outfit.

Moreno has spent years working on his outfit. He hopes to someday join the popular television show, he said.

“I want to be the first El Paso Power Ranger,” he said. “I’m actually trying to audition.” 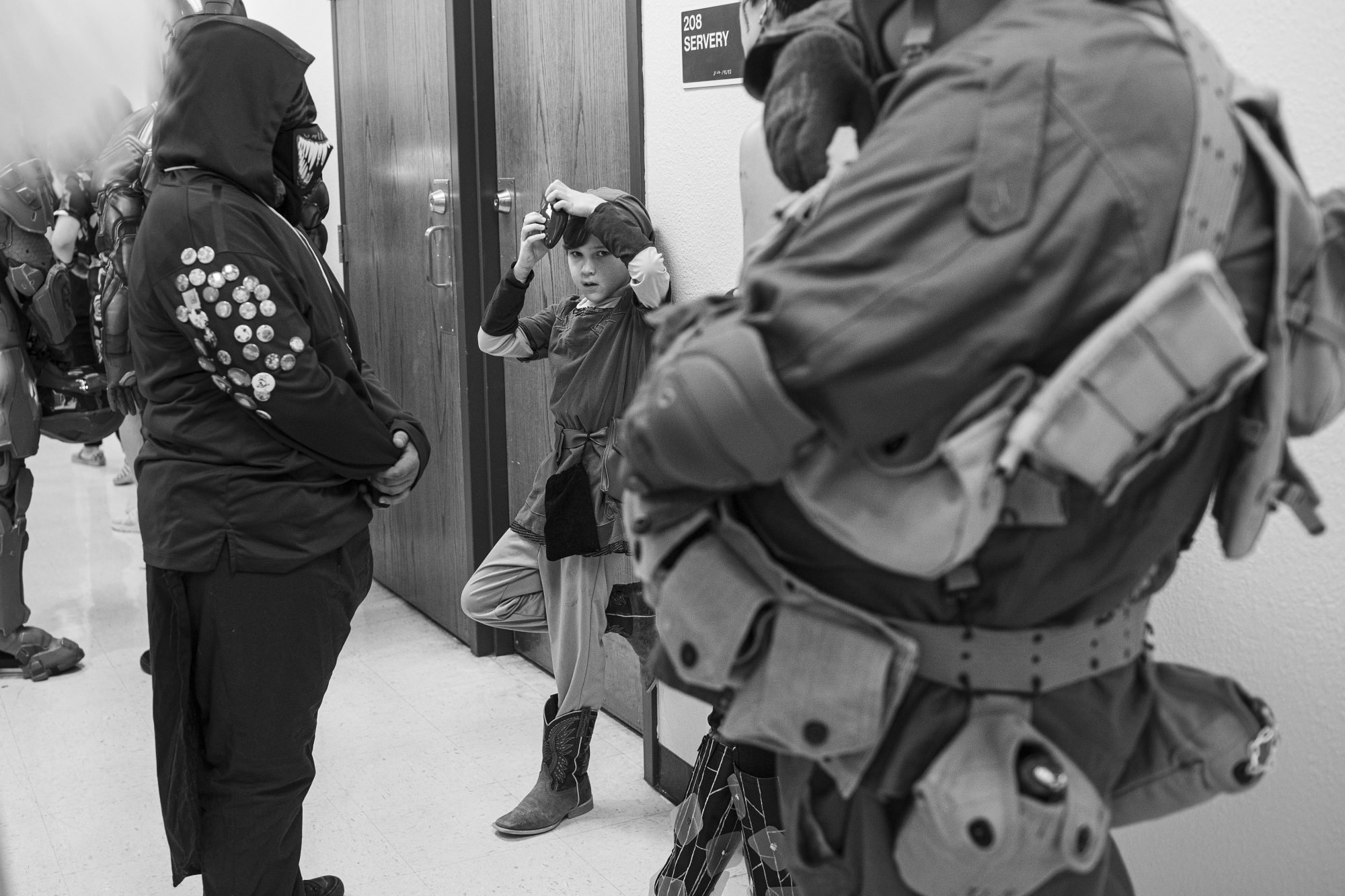 Violet Roman, 7, of Alpine, dressed up as Link in Legend of Zelda

A couple dozen people competed in the contest. As a three-judge panel deliberated, the event’s master of ceremony, Missy Mayhem, held the crowd’s attention.

She invited people up to the front to act out impressions from “Dragonball Z,” the popular anime show.

“Does anyone else want to become a super saiyan?” she asked the crowd.

After a short wait, the judges announced their results. In first place was Robert Aragon, 22, who came as a 14-century knight.

One of the judges, cosplayer Alecta Arcana, explained to The Big Bend Sentinel what she looked for in a winning costume. It wasn’t just about the outfit, she said. Attitude mattered, too.

“It’s pretty straightforward: Are you giving stage presence, or are you just posing?” she said.

Aragon’s costume, she said, had “definitely badass craftsmanship.” She was also impressed how he kept going after dropping a prop.

“He kept the bit going even after he messed up,” she said. 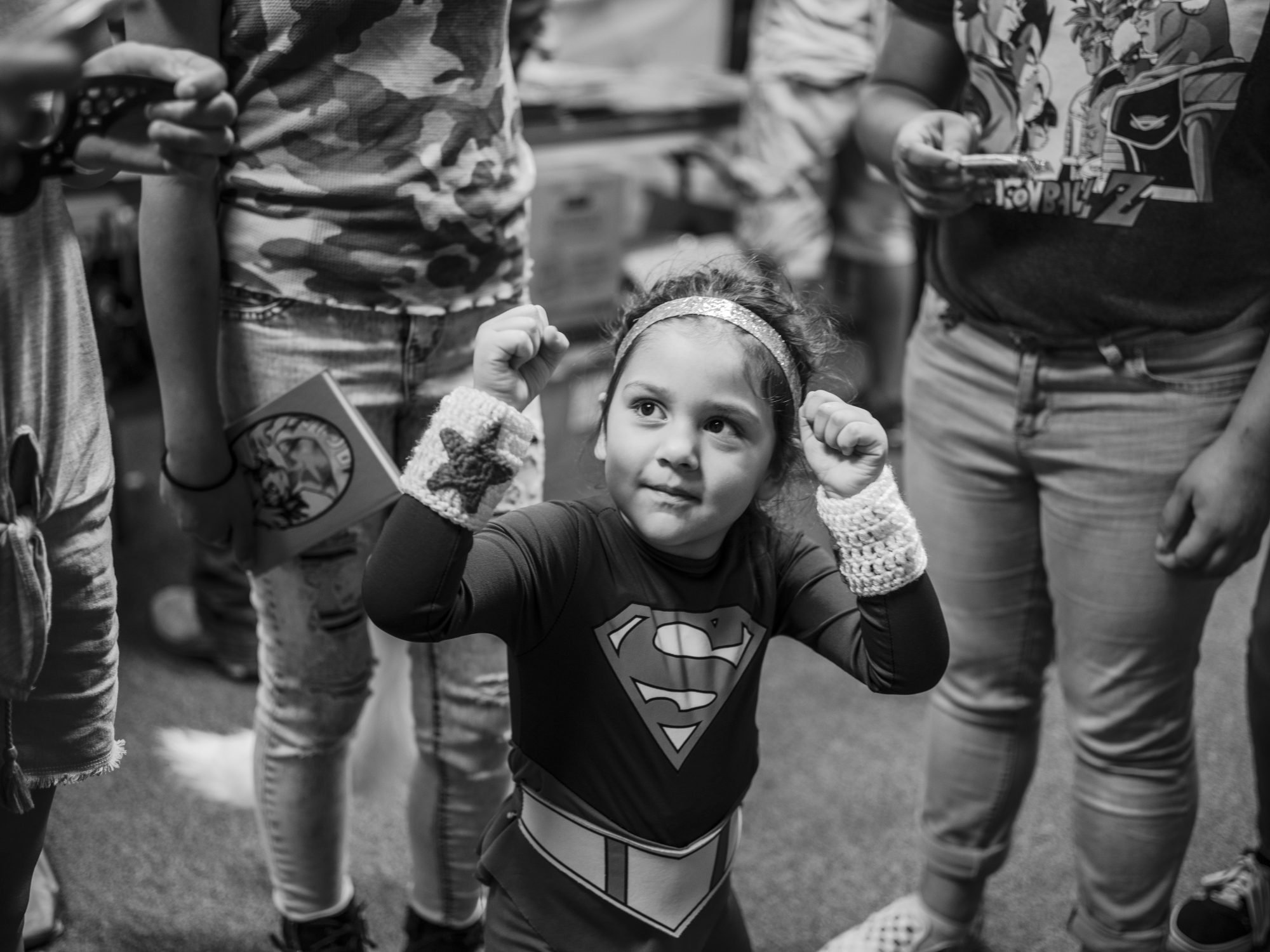 As the event wound down, The Big Bend Sentinel caught up with contest winner Aragon, a.k.a. Venna Ferrison, in the Sul Ross quad outside.

“My friends call me Venna,” Aragon said, explaining that he was a member of the Barony of Thorn Mountain, a group that participates in Amtgard, an international “sword-boffing” organization that stages battles with foam swords. (Think: fencing for the 21st century.)

“I didn’t think I was going to win,” Aragon said. Then he showed off his costume.

“Head to toe, I’m 14th century — even the underwear,” he said. A hobbyist blacksmith, he forged the armor himself.

“This will legitimately stop any medieval weapon,” he said.