Part 1 of The Marfa Triptych released in album 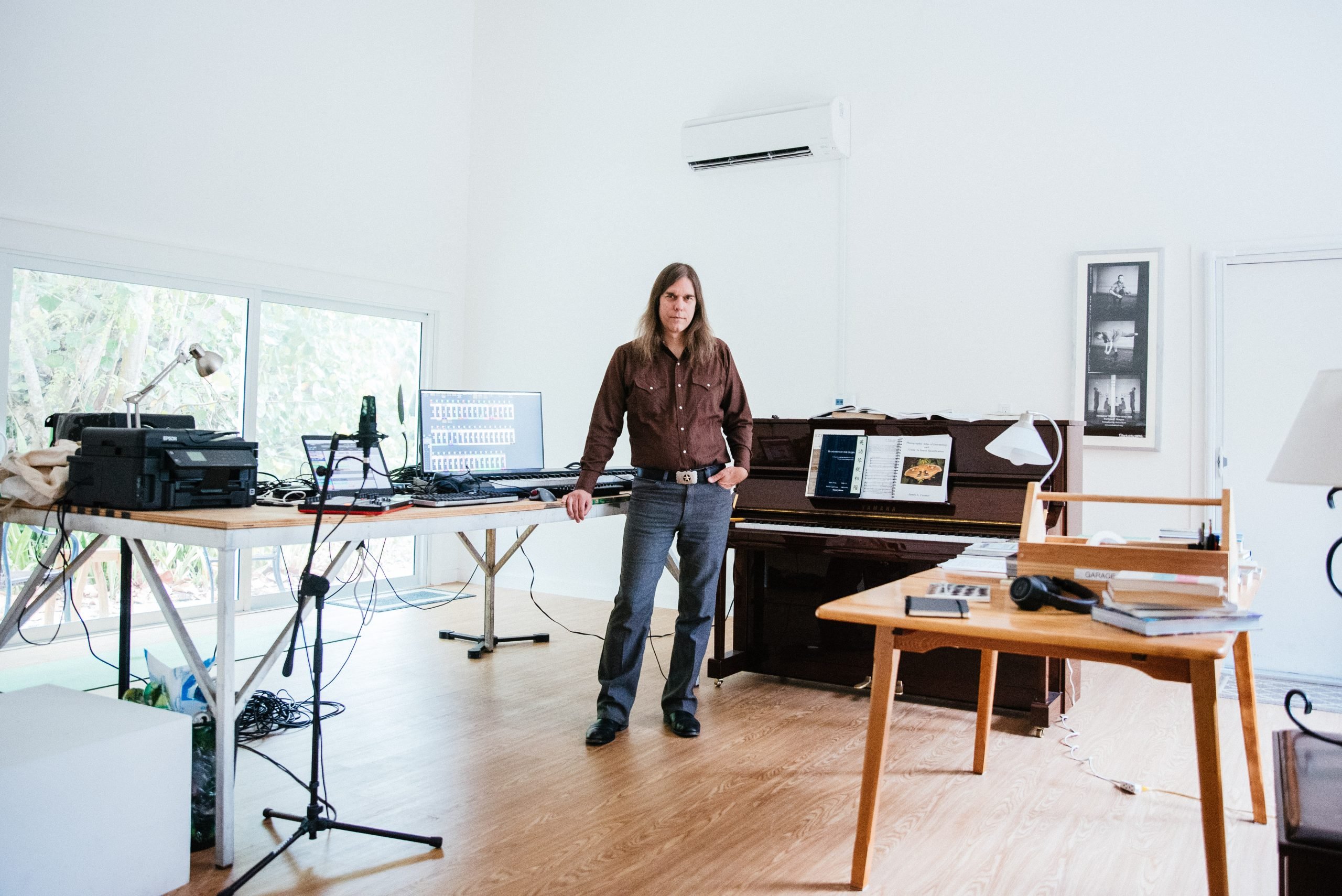 The album is, in a sense, at least six years in the making. Years ago, Ballroom Marfa commissioned Reynolds to create a three-part portrait of the Big Bend region, which later became The Marfa Triptych. The aforementioned title, initially played in 2013, was the first. Next up came “The Desert” in 2014, which scored music to a desert sunset, followed by “Pancho Villa From a Safe Distance,” an experimental opera that debuted in 2016 at the Crowley Theater. And now “Marfa: A Country & Western Big Band Suite” has been released in album form.

In an interview with The Big Bend Sentinel, Reynolds said he first started working with Ballroom when the founders approached him about a commission after seeing one of his shows in Austin. The assignment was fairly open-ended, but Reynolds decided to focus on Far West Texas — not least because he wanted to spend more time in the region.

“I try to turn anything I want to do into work,” he said. “This was my opportunity and excuse to research and spend time in the Chihuahuan desert.”

Reynolds, who cut his teeth in the New York music scene, was also interested in country music — a genre he knew virtually nothing about before moving to Austin in 1993.

“Country musicians were so inspiring. They were best musicians that Austin had,” he said. “But they were so other to me.” He described his knowledge of country music at the time as “super limited.”

Not anymore. “This has been on my artistic plate ever since,” he says of his country- and western-inspired work with Ballroom.

Beyond Ballroom Marfa, Reynolds is no stranger to experimental and fanciful collaborations. He’s worked with, among others, scientists and chefs — the latter of whom have created meals that Reynolds then sets to music.

“We’ve done a bunch of those, making a whole meal and concert together,” Reynolds explained. “I write a whole piece of music for each course.”