Porter’s sees half of price-gouging complaints in tri-county

As economic fallout builds from the coronavirus crisis, so has the number of price-gouging complaints filed in the tri-county area.

TRI-COUNTY — As economic fallout builds from the coronavirus crisis, so has the number of price-gouging complaints filed in the tri-county area.

Since the end of March, there have been at least six price-gouging complaints in the tri-county. Three of them targeted Porter’s stores in Alpine, Fort Davis and Presidio.

A Stripes store in Alpine also saw a complaint, with one consumer alleging they were charging “way more than the average” for gas. But smaller businesses saw complaints too, including a gas station in Alpine and a general store in Terlingua.

Porter’s acknowledged they had raised prices on some items, citing higher prices from suppliers. But they said they were not gouging.

“That’s not who we are,” Ky Ellison, a spokesperson for Porter’s, told The Big Bend Sentinel in March. “There’s never a situation where we think we can take advantage of customers.”

At the time, the only local price-gouging complaint concerned Quarters — a nonexistent grocery store in Alpine that was allegedly charging too much for meat. The Texas attorney general office has so far been unable to provide more information on the complaint, which the agency received by phone.

This latest batch of records, which The Big Bend Sentinel received last week, provide a more complete picture of complaints in the area. Still, an AG spokesperson stressed the records are simply “complaints received and processed by our office” and do not reflect “legal determinations of a scam [or] price-gouging.”

The local records come as complaints of price-gouging balloon in Texas and across the country. At press time, there were more than 8,600 price-gouging complaints in Texas, up from around 3,000 in late March.

Meanwhile, price-gouging lawsuits in both Texas and California are targeting grocery stores and/or egg producers. The group suing, which also includes Texas AG Paxton, argues there was an illegal scheme to jack up egg prices.

Texas law says businesses can’t raise prices to “exorbitant or excessive” levels during a pandemic. But unlike other states, including California, Texas has no specific price limits.

That lack of clarity has been criticized by some legal analysts. In a blogpost from last year, Dallas law firm Gray Reed & McGraw complained that Texas law left merchants vulnerable by offering “no guidance” on what makes a price excessive.

“Ultimately,” a lawyer wrote, “the question of whether a price was ‘exorbitant’ or ‘excessive’ will likely be answered by the jury on a case-by-case basis.”

In the tri-county, price-gouging complaints hit businesses in Fort Davis, Terlingua and Presidio, along with three in Alpine.

Three of those complaints targeted Porter’s. A man in March told the AG’s office he was “concerned” about the chain raising prices on eggs at its Fort Davis store. But he stressed that he heard about the increases from his mother and that he “cannot make a first hand allegation.”

Later, in April, a woman contacted the AG’s office to complain about higher prices at Porter’s Alpine. She cited price increases on a number of items, including eggs and oatmeal, but did not provide more details.

By far the most detailed report against Porter’s concerned a store in Presidio. In that case, a man near Lajitas said he went to the store to pick up four cases of water but found there was “no price posted.”

Some cashiers were “kind enough to point out to me that the water was $13.99 a case,” that man, James Warren, told the AG’s office. He called the situation “outrageous” but said he “had to have water” and had “no choice” but to pay the prices.

Later, Warren said he realized the water was just listed as “grocery” on his receipt rather than specifically itemized “like they do everything else.” In his complaint, he included photos of his receipts, which showed he paid around $56.00 for buying four of an item called “grocery,” each of which was priced at $13.99.

In an emailed response to The Big Bend Sentinel, Ky Ellison said he understood “challenges we are all facing due to the Coronavirus pandemic” but wanted to “reiterate our commitment to our customers.”

Ellison declined to comment on the egg probes and lawsuits targeting other grocery stores as well as at least one of Porter’s suppliers: Cal-Maine, which produces Sunups eggs. “We trust our justice system to do the right thing,” he said.

But he did specifically address the water complaint. Citing conversations with a regional store director, he said Porter’s in Presidio had “never” sold water at $13.99 per case. The closest prices for water were a 12-pack of Ozarka for $12.99 and 18-pack of Ozarka for $17.99. Both were 1.5 liter packs, which Porter’s sold “basically at cost,” he said.

In an interview with The Big Bend Sentinel, Warren stood by his story. “They were trying to hide it,” he said of the “grocery” charge on his receipt. “That’s what caught my eye.”

He pointed to an image included in his complaint, which shows a case of water with a $13.99 price tag written on it in pen.

In a follow-up inquiry about the image, Ellison said the pictured water was “intended to be sold” for $1.99 each and that the company paid $33.84 for the packs. He included an invoice for Dasani water.

It wasn’t just Porter’s, though. A consumer also complained that a Stripes in Alpine was charging “way more than the average” for gasoline.

The store was selling gasoline for $2.35 a gallon, the consumer complained, while data from the American Automobile Association shows that the state average is closer to $1.57. Stripes’s parent company, Cal’s Convenience Inc., did not respond to a request for comment.

Two smaller businesses also received complaints. A consumer alleged The Triangle was charging too much for gas and said she believed “all of the local gas stations work together to keep prices high.”

Eric Faust, owner at The Triangle, acknowledged that his gas prices might be higher than elsewhere in the state, citing costs associated with transporting gasoline to the remote tri-county region. But he stressed that “we’re the cheapest ones in town” and said he “never” discussed gas prices with management at other local gas stations.

“There’s no price-gouging going on,” he said. “I can promise you.”

Meanwhile, in Terlingua, Cottonwood General Store also saw a complaint after a consumer said the store was unpacking toilet paper and selling individual rolls for around $1.80.

Rick Page, the owner of that store, acknowledged the store was selling individual rolls. Cottonwood has struggled to get a reliable supply of toilet paper and also tried selling large commercial rolls, he said. The store sold individual rolls to make sure everyone could get toilet paper rather than just “the first three or four people.”

Still, Page stressed that Cottonwood was “fair” and that people “aren’t too unhappy with the prices.” And like Faust at the Triangle, he cited increased transport costs of getting goods to his remote storefront.

“We’re not a discount store,” he said. “We pay a premium to get stuff down here.” 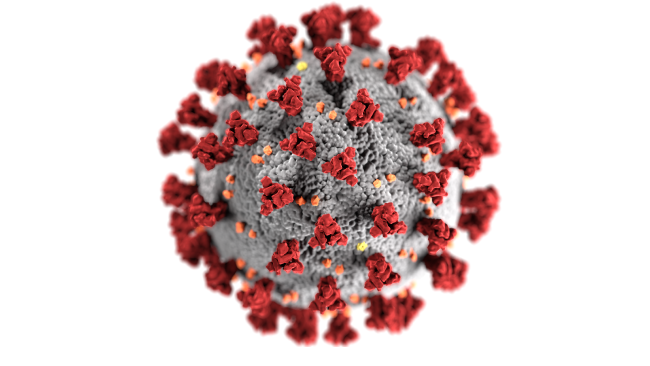