Freshman Class Duke: Diego Estrada is the son of Andrea Estrada and the grandson of Armando & Lucy Garcia. He has participated in football this year and also plans to play other sports like track and intends to do so throughout his high school career.

Sophomore Class Duke: Nayar Flores is the son of Yaneli Arias and Javier Flores and has been a member of the football, cross country teams, and track team in high school and hopes to continue participating in sports throughout his years in high school.

Sophomore Class Duchess: Alexis Gonzales is the daughter of Rene Gonzales and Roxanne Lujan and has been a member of the varsity volleyball, cross country, basketball, softball, track, band in 2019, and a member of the cheer squad. She has participated in student council and has been class president for 2 years. She has received the Newcomer of the Year Award in basketball her freshman year.

Junior Class Duke: Uriel Torres is the son of Yadira and Cesar Torres and has been a member of the football, cross country, and track team the last 3 years. Uriel was also a member of the band his sophomore year and during his freshman year he won first place in the Marfa Live Arts Playwriting contest. He has worked at Pizza Foundation and with the workforce. He plans on going to college to receive a degree in architecture.

Junior Class Duchess: Natalie Vandergiessen is the daughter of Marianne and Arie Vandergiessen and has been a member of the gymnastics, track, and dance team. She participated competitively in gymnastics and traveled the states to attend championships. She has received high academic honor awards throughout high school and was enrolled in various honors courses as well as dual credit classes. Natalie has worked at Mcdonalds, Backyard Farms, and Village farms during high school. She plans to attend Wageningen University in the Netherlands to pursue her career in agriculture to follow her father’s footsteps in the growing industry.

Homecoming Prince: John Aguero is the son of Oscar and Cheri Aguero and has been a member of the football, basketball, golf team, robotics team, Marfa Student Council, National Honor Society, and competed in UIL academics throughout his high school career.  He has received several awards which include second-team all-district quarterback, honorable mention basketball, as well as being a two-time regional qualifier in golf.

John was a regional qualifier his freshman and sophomore years in UIL academics in Persuasive speaking, and computer coding. In his sophomore year, he was inducted into the National Honor Society. He has gained 44 college credits through the Early College High School Program. He has been a robotics team captain his junior and senior year and was part of the state runner-up team in 2017. He was also 4-H president his junior year and was 4th in the state in the Share-the-Fun category at the 4-H state round-up. John has been a Young Life youth leader for two years. During his sophomore year, he was chosen to attend the HOBY Far-West texas leadership camp.  During his junior year, he was selected to represent the state of Texas at a national leadership conference in Boston, Massachusetts. Upon graduation, John plans to attend Texas Tech or the Massachusetts Institute of Technology to obtain a degree in mechanical engineering and build reusable suborbital rockets.

Homecoming King: Zach Gomez is the son of Mr. and Mrs. David Gomez and has been a member of the football, basketball, and golf team throughout his high school career. Zach has actually never worked a day in his life and seems to always be out of money. He was the best manager the Marfa Shorthorns have ever seen. He has always said his biggest accomplishment in life is being born, baby! After high school Zach plans on attending UTSA to get his bachelors in accounting and if that doesn’t workout for him, he will definitely accomplish his dream of being a comedian.

King Candidate: Dedrick Campos is the son of Johnny and Janet Campos and has been a member of the football, basketball, track, cross country, and robotics teams during his high school career. He has worked at pizza foundation, Riata Inn, and currently works at Jetts grill. After high school Dedrick wants to attend Sul Ross State University to major in Computer Science. His biggest accomplishment was buying his own car, leaving him in debt for multiple years!

King Candidate: Levi Hinojos is the son of Sandra Hinojos. He has participated in football, track, and cross-country. Throughout high school he has worked at Pizza Foundation, Chinati, Livingstons, and TxDot. He plans to attend Western Tech to receive his certification in welding and hopes to obtain his CDL license. His biggest accomplishment is not being in debt for multiple years like his friend who bought a new car. Levi states that his favorite saying is “What’s for dinner mom?”

Queen Candidate: Bryanna Bentley is the daughter of Brenda Silva Bentley and Joel Bentley. She has been a member of band all throughout her years in high school. She attended Solo and Ensemble contests and got a Superior award for scoring a one during her Sophomore year. She was a woodwind section leader her junior year. She lettered in band her Junior year as well. During her Junior year she became a member of class officers and was a treasure. Her Junior and Senior year she was a member of the varsity cheer squad. Her Senior year she became a cheer captain. After high school she would like to attend Sul Ross State University to major in nursing.

Queen Candidate: Yerania Gallegos is the granddaughter of Marty Martinez and Ana Venegas. She is a member of YoungLife. She also was a member of the band through her Freshman and Sophomore year. Throughout her high school years, she had several jobs including Pizza Foundation and Dairy Queen. After high school, she plans to attend college at Texas Woman’s University for dance and once she is done she hopes to return to Marfa and open her own dance studio.

Homecoming Princess: Gaby Soto is the daughter of Zulema Soto-Reyes and Gabino Soto. Gaby is the Shorthorns #1 Fan. Always standing in the hallways cheering on her friends on game day, holding her sign that say “GO SHORTHORNS”. Last year Gaby was the proud recipient of her letter jacket, which she wears proudly and often. Gaby is a very dedicated and hardworking student who loves school and loves being with her friends, and always enjoys lifting the spirits of everyone around her.

Homecoming Queen: Andrea Torres is the daughter of Abel and Cherry Torres and has been a member of the volleyball, softball, and golf teams during her high school career. She was a part of the Marfa Robotics team her freshman and sophomore years, a member of the 2017 state runner up team, and was team captain during the 2018-2019 season. Andrea is also a part of the Marfa High School’s early college program and has obtained several college hours.  She was class secretary throughout her high school career, awarded the 2019 Marfa Live Arts Playwright 1st Place Award, where her play was published in a book. Throughout her high school years, she had a couple jobs including Buns and Roses and now Porter’s.

After high school, she plans to attend Texas Tech University or to join the Air Force to pursue her career in emergency medicine. 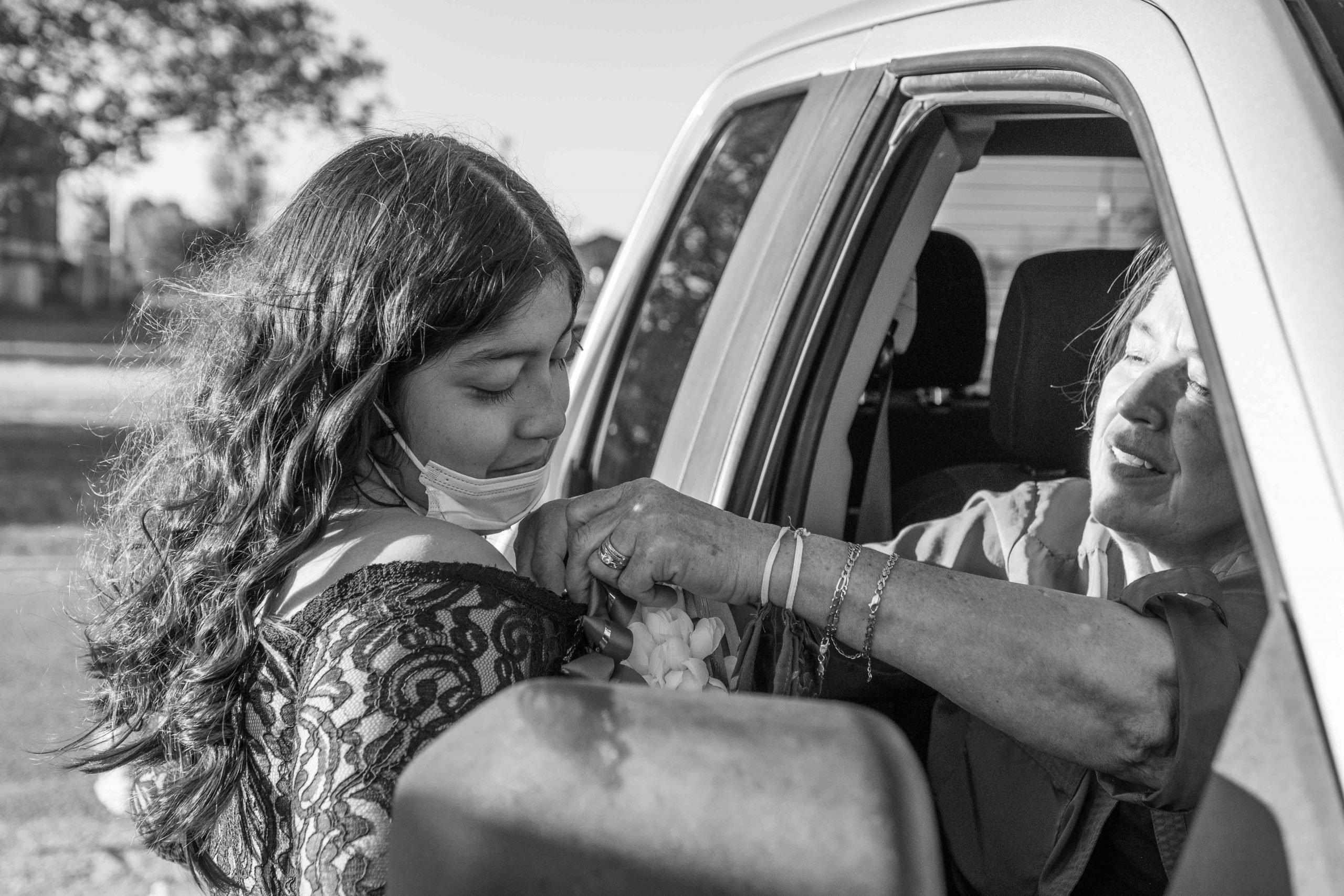