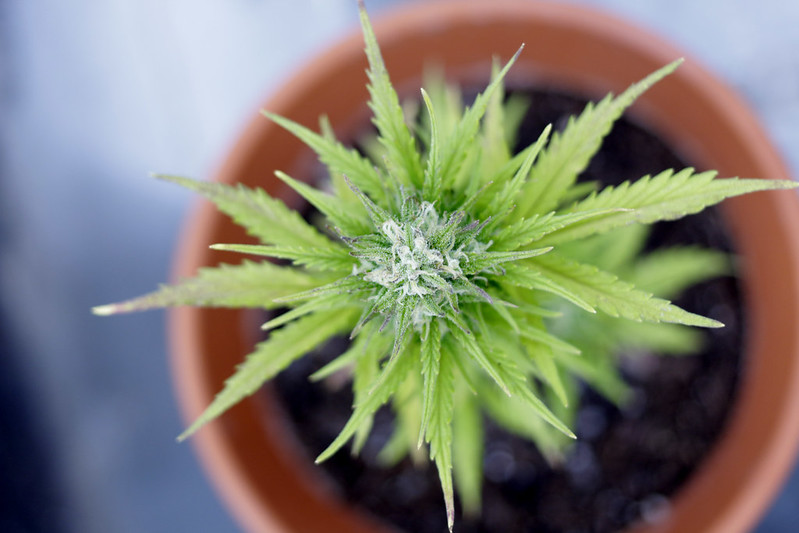 TRI-COUNTY — The next Texas legislative session is still months away, but one new local lawmaker is already betting on cannabis.

Roland Gutierrez, the incoming state senator for District 19, on Monday pre-filed a bill that could legalize the plant across the state. Gutierrez, a current Democratic state representative for San Antonio, last week beat out incumbent Republican Pete Flores for control of the district, marking one of the few Texas races to flip from red to blue.

Gutierrez’s proposed bill would fundamentally change the rules on cannabis possession and sale in Texas, bringing the Lone Star State in line with states that have already legalized the drug.

Fifteen states have completely legalized marijuana, and a few of them (including California and Oregon) have had legal medical marijuana since the 1990s. In Texas, by contrast, more than 45,000 people were arrested for marijuana possession last year, according to a report from the Texas Department of Public Safety.

Texas ostensibly has medical marijuna, but the state’s “Compassionate Use” program is one of the strictest in the country and only allows for what are basically hemp products. It imposes low caps on THC, the main active component in cannabis, and strictly limits who can produce, sell or use the products.

Gutierrez’s bill would bring cannabis rules in the Lone Star State closer to those found across the country. Like in other states that have already legalized, the program would legalize marijuana use for people over the age of 21 and would set up a licensing system for those who want to produce or sell it.

The bill would also allow people with “acute and chronic pain” to use medical cannabis products, expanding the list of medical conditions that currently qualify. But for now at least, the bill also maintains caps on the amount of THC that could be in those medical products.

The Gutierrez campaign did not respond to a request for comment on the bill by press time, but in news releases and statements on the proposed law, Gutierrez touted the measure as a common sense way to help the Texas economy recover from the financial shortfalls of the coronavirus pandemic.

Figures released this month by the Texas comptroller’s office showed that state revenue was down across the board this October, compared to October of last year. Alcohol beverage taxes are down 24 percent, hotel occupancy taxes are down 33 percent and oil production taxes are down a whopping 42 percent. Sales tax collections have also “declined significantly,” Comptroller Glenn Hegar said.

This new bill, Gutierrez said on social media, could create 30,000 new jobs and bring in $3.2 billion in new state revenue without “raising taxes on everyday Texans.” In a further appeal to more conservative lawmakers, Gutierrez also wants to earmark at least 10 percent of that revenue for local police and border security. Much of the rest of the money would go to schools.

Gutierrez represents a district from San Antonio to Brewster County, but the bill’s provisions would send local police and border security funds to county law enforcement along the Texas-Mexico border. There’s also language to share that money with municipal police departments within 50 miles of the border, with the intention of preventing human trafficking, narcotics trafficking and the establishment of border cross checkpoints run by local law enforcement.

Gutierrez’s bill matches the popular mood in Texas, where many residents have grown tired of the state’s tough-on-drugs stance on cannabis. Just 14 percent of Texans want cannabis to remain fully illegal, according to polling last year by Emerson College — with some of the remaining 86 percent just wanting legal medical marijuana and not full recreational legalization.

Gutierrez also has allies at the state Capitol, where Terry Canales, a Democratic state representative from Hidalgo County, has already filed a joint resolution in the Texas House in support of Gutierrez’s efforts. Like Gutierrez’s bill, that joint House bill would also legalize the possession, sale and cultivation of marijuana-grade cannabis.

Still, those eager for cannabis reform in Texas shouldn’t get their hopes up just yet. Texas lawmakers have so far proved cautious on cannabis legalization, with reform efforts regularly killed or weakened during legislative sessions.

During the last legislative session in 2019, Texas also saw several cannabis reform bills. But the session was marked by cannabis misinformation, including the false claim that 70 percent of veterans who commit suicide have THC in their systems. In the end, Texas lawmakers bucked most of those reform efforts, instead choosing to slightly expand the number of conditions that can qualify a state resident for medical cannabis products.

Cannabis reformers will note that other deep-red states, including South Dakota last week, have voted to legalize recreational or medical marijuana. But most or all of those efforts have often come through statewide ballot initiatives, which allow state citizens to vote directly on an issue.

In Texas, the rules are statewide ballot initiatives are more limited and are unlikely to lead to cannabis reform. Texas voters can only vote on statewide constitutional amendments, not on ballot measures that aim to change or create specific laws — and even then, two-thirds of the state legislature has to approve the amendment first.