With Dimensional Stardust, Rob Mazurek keeps reaching into the unknown 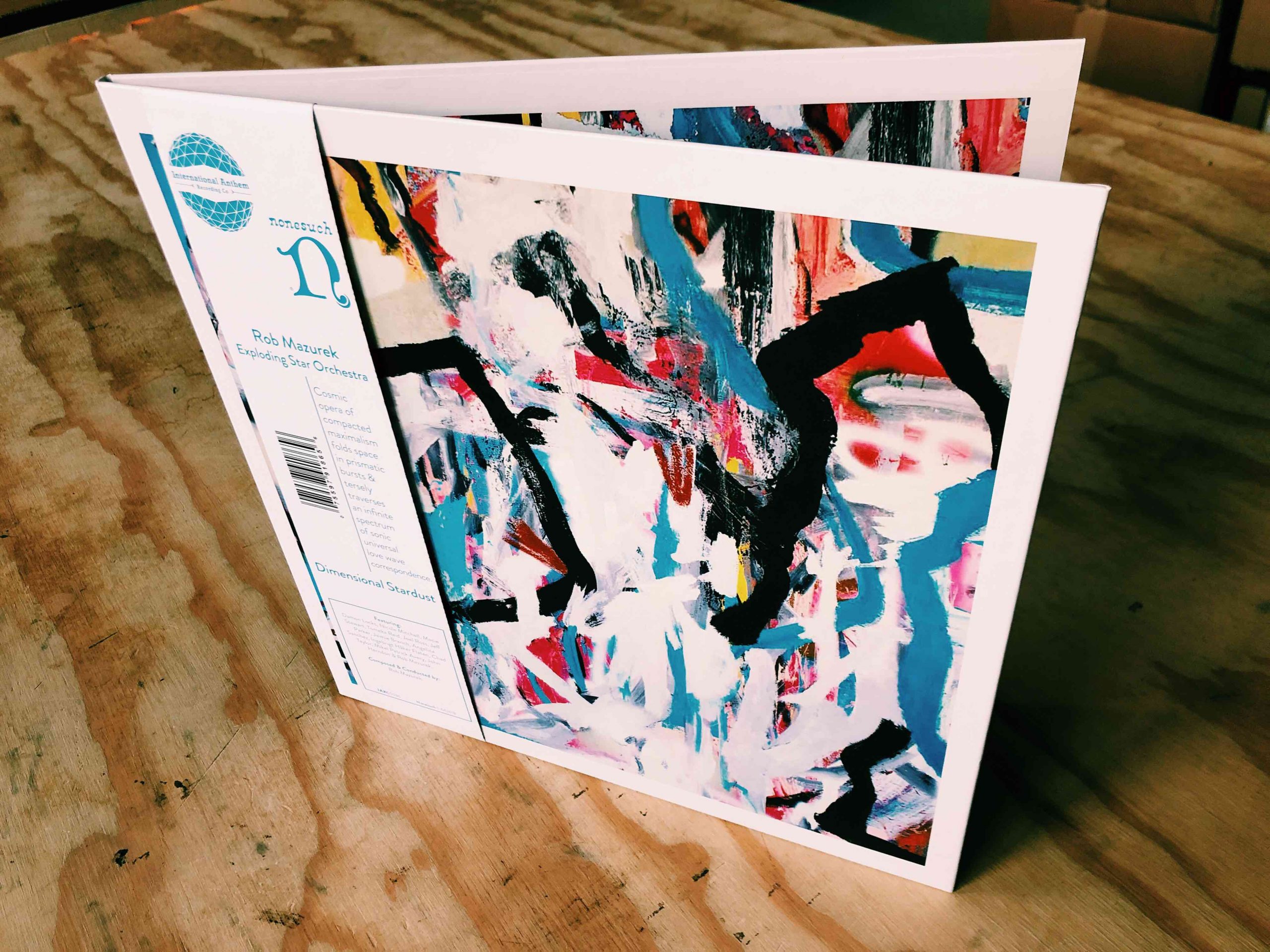 MARFA — Local multi-disciplinary artist Rob Mazurek will drop his latest album Dimensional Stardust with his group Exploding Star Orchestra on Friday. Ahead of the release, the artist spoke with The Big Bend Sentinel about the album, Marfa’s dark skies and what keeps him creating more than three decades into his artistic practice.

“I’m always trying to find something new, something I haven’t heard before,” Mazurek says on a Monday afternoon phone call. He is a composer and the progenitor of Exploding Star Orchestra, a collection of musicians who perform contemporary, avant-garde jazz with Mazurek. He’s a cornetist, a painter (many of his album covers are his own original art), sculptor and an ecstatic performer who takes up every inch of the stage when he puts on shows.

Born in New Jersey and having spent most of his career in Chicago, Mazurek settled into Marfa five years ago and is still enchanted by its everyday charms. And as COVID-19 has kept him here since February, it’s given him the unique experience of being grounded in one place after years of life spent touring and performing across the world.

These days, Mazurek wakes up in his Marfa home to “beautiful light coming through the window.” He calls it “paradise, to me.” He starts the day creating a “morning drone” on his synthesizers, setting a quite literal tone for the house and for the day.

His home recording space – called Marfa Experimental Studio – and home painting studio are the venues he oscillates through during the day, with breaks for a morning coffee or afternoon lunch. “It goes on and on like that every day,” he says, “and there’s so much to discover in sound.”

It’s the quiet vastness of the desert, the skies and everything else that inspires Mazurek in certain ways, but he also feeds off of local creatives, pointing to the variety of “paintings, sounds, sculpture, literature, agriculture, cocktail making and food” that comes out of Marfa.

“It has this certain energy, paired with being in a dark-skies-designated area where you can experience the cosmos every single night if you want to look.”

The cosmos has long been a fixation for the artist. From album and song titles to the name of his orchestra, “a lot of my records have to do with outer space, interspace,” he says. “Spiritual energy from within and spiritual energy that comes from without.”

Aside from easy access to view the cosmos, Marfa also offers an ongoing contemplation of minimalism. And while the album’s press release speaks about minimalism, within the same breath it mentions the maximalism of an orchestra.

Mazurek explains that while on its face the mix of minimalism and maximalism sounds contradictory, the two are not mutually exclusive in his work. “That minimalism is done in a sort of maximalist way because it’s done with stacking,” he says. That feeling comes out most in “Autumn Pleiades,” the album’s final track.

Mazurek explains that at times during the last song, eight or nine instruments are repeating their separate lines, each layering and shifting, churning and phasing over each other. It remains restrained and minimal, until an instrument, in turn, shines through. The composition and its players “not only have different note choices, but the people breathe differently, their pulse is different, their blood flows differently, and it all contributes to a more powerful energy field” within the song, he says.

The tightly condensed, layered orchestration in Dimensional Stardust makes way for explosive moments of energy. “The quest for me,” said Mazurek, “is making things that resonate and are able to project light and really strong, good energy.”

Dimensional Stardust releases November 20 on International Anthem and Nonesuch Records. To hear “Autumn Pleiades” and the rest of Mazurek’s new album, visit https://intlanthem.bandcamp.com/album/dimensional-stardust or https://www.nonesuch.com/albums/dimensional-stardust. To stay up to date on Mazurek’s latest work and any upcoming (and potentially virtual) performances, visit www.robmazurek.com.