Inspiration on the kitchen table 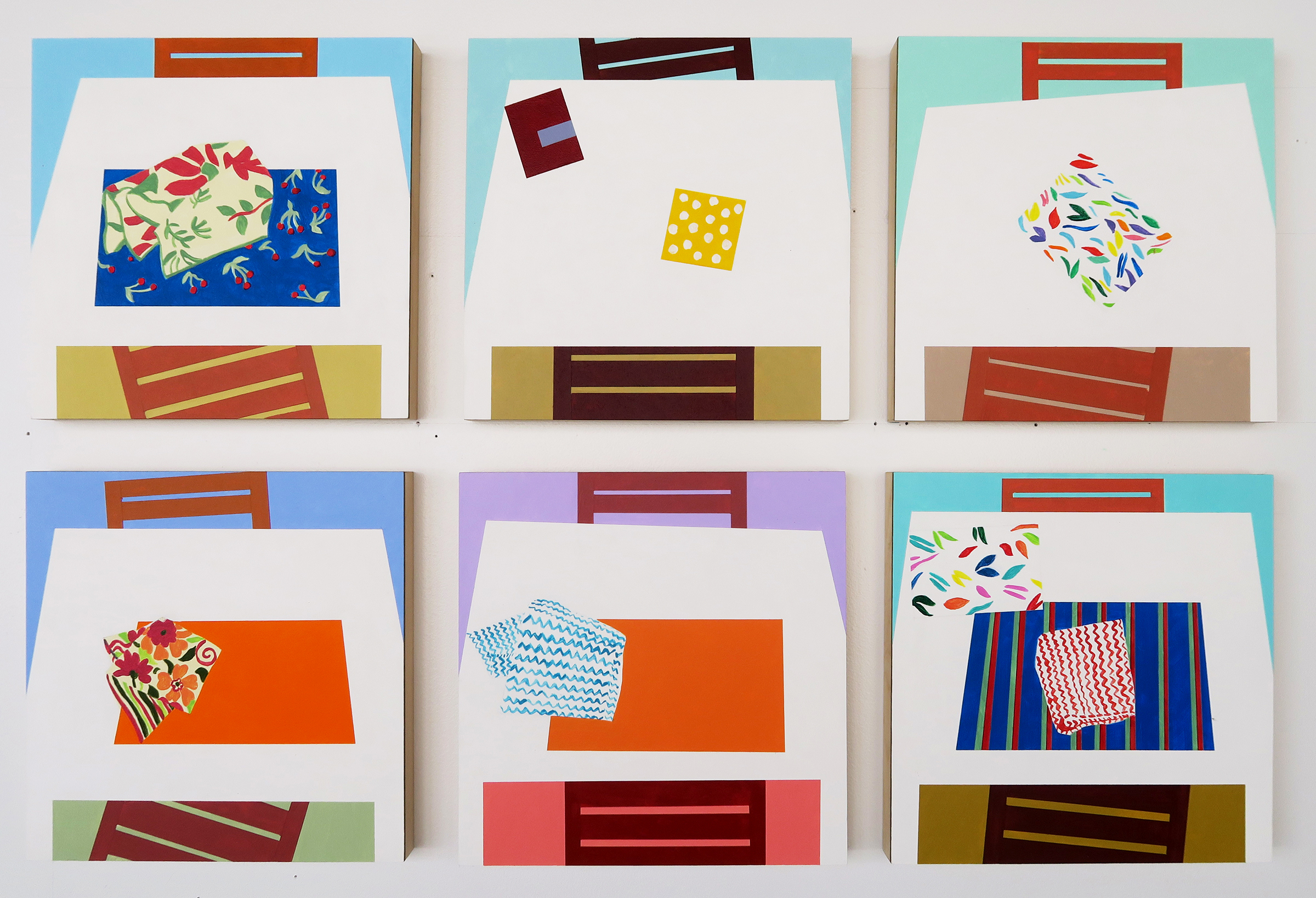 Paintings from Table Series 3 are now on display at Martha Hughes’ studio, and can be viewed through the windows of her gallery from dawn to dusk every day. Photo courtesy of Martha Hughes
Subscribe

MARFA — A new art exhibition has been mounted in Marfa, and, in socially distanced-fashion, is viewable from afar, through the windows of Martha Hughes’ studio/gallery.

Through the large windows in a unit behind the Marfa Clinic, Hughes has displayed paintings and drawings that cover six series of works inspired by her kitchen table. “I believe that if we keep our eyes open and pay attention, we can find inspiration and beauty wherever we are,” Hughes says.

Hughes draws inspiration from global art sensations and some of her fellow talented locals, saying, “I love art based on everyday life, such as David Hockney’s sketchbooks and, here in Marfa, Rowdy Dugan’s poignant photographs of his family just doing whatever they happen to be doing, and Diana Simard’s paintings of common Marfa scenes.”

Since 1993, Hughes has taken one photo every day, keeping them as a visual diary over the years. She began noticing her little white kitchen table appeared prominently in the collection of images, realizing the tabletop “is like a blank canvas where things change from day to day.”

“For the last 15 years that table has been my muse, the basis for a number of works within a larger body of work I call the ‘Timelapse’ series,” she says of her table-inspired art. “Each series of table paintings contains many individual paintings, which together are like an animated film, where small changes from one frame to another evoke movement and the passage of time.”

The series mostly depicts simple silhouettes in a bright variety of colors – the white table serving as a backdrop, while items like a napkin, an orange, a book or teacup rotate through the series over time.

The first of these table series, comprising 54 paintings, was acquired by the Lannan Foundation, and Marfans may have seen it in one of the foundation’s houses during receptions following resident authors’ readings.

Viewed through the windows, the studio becomes a “sort of diorama,” she says, “making it easy to see what’s happening there until indoor visits are possible again after the pandemic.” The works are also on view at a website created for the exhibit, www.inplainviewmarfa.com, where there is a close-up image of every painting.

The table paintings will be on view through the windows from dawn to dusk through January 9. More work can be seen at www.marthahughes.com, and at Rule Gallery in Marfa and Denver.

The studio is located at 105 East Oak Street, on the west side of the Marfa Clinic building.