MARFA – “I was craving an escape, a place where I could just disappear,” said country star Miranda Lambert, talking about her first trip to Marfa, Texas, back in 2015. The artist was in what she called a rough patch. “When you’re going through hard times, you lean on the people you love and who love you, and that’s J.R. and Jack.”

That’s Jon Randall and Jack Ingram, her fellow Texas-born country musicians that together formed a trio and released their album, The Marfa Tapes, last Friday.

Lambert called on Randall and Ingram to join her in Marfa those six years ago for some respite. What they found was a deep well of inspiration that they’ve continued to return to.

Filmmakers, artists and musicians alike have felt the pull to West Texas for decades, drawing inspiration from the spare landscape Marfa is now known for. “I’ll never forget pulling into Marfa that first night at 4 a.m.,” said Lambert. “The stars were like nothing I’d ever seen before, just this endless blanket hanging so low you could reach up and touch them. I immediately understood why this place was so special.”

That first visit evolved into a series of return trips, where Randall, Lambert and Ingram retreated to Marfa to write together. By November 2020, the trio was here once again – this time to finally put their songs to tape during a five-day stay in the place where their collaboration began.

“Tin Man,” a track that won the Academy of Country Music’s song of the year in 2018, is reborn in an unvarnished version on the new album. “That song was really important for me,” said Lambert. “It was something I needed to write, and something I needed to write with these two guys in particular. Getting to record it with them back in Marfa, it felt like I was singing it for the first time all over again.” 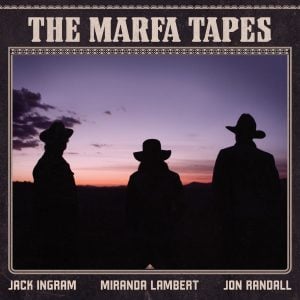 While some songs on The Marfa Tapes are familiar to country fans, the majority of the 15 tracks on the album are new to listeners. Dancing from themes of heartbreak to Texas two-stepping as the album progresses, the stripped-down tracks traverse a variety of topics in the lyrics, as a result of the trio ruminating together about life’s big questions under the Marfa skies.

“There’s no TV, no radio, nothing to do out there but pour a cocktail, sit around the campfire, and talk,” said Randall. “Eventually, that just inevitably leads to songs. There’s no pressure to write, but most of the time, the three of us can’t seem to help ourselves.”

“There’s something singular that happens in that moment of collaboration, something you can never really recreate in the studio,” Ingram said. “Our hope with this album was to share a little bit of that magic with people.”

When it came to capturing the album’s sound, two microphones and an acoustic guitar were all it took to mimic the simplicity of West Texas. They chose to record mostly outdoors, so ambient sounds join in on the album, letting the music remain raw. The trio even instructed their audio engineer to keep everything rough and real, with cattle lowing and birds moving through the Trans-Pecos in the background of the songs.

In the Marfa Tapes, the town isn’t just a backdrop for three stars – it’s the center of the album’s musical universe. 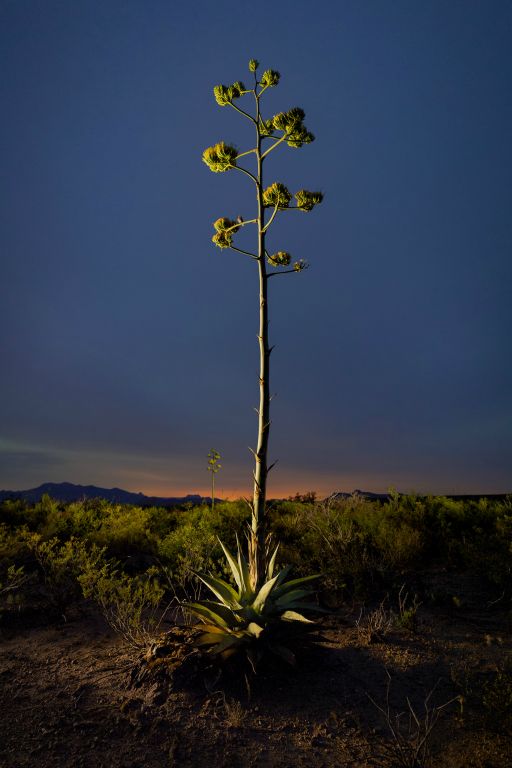