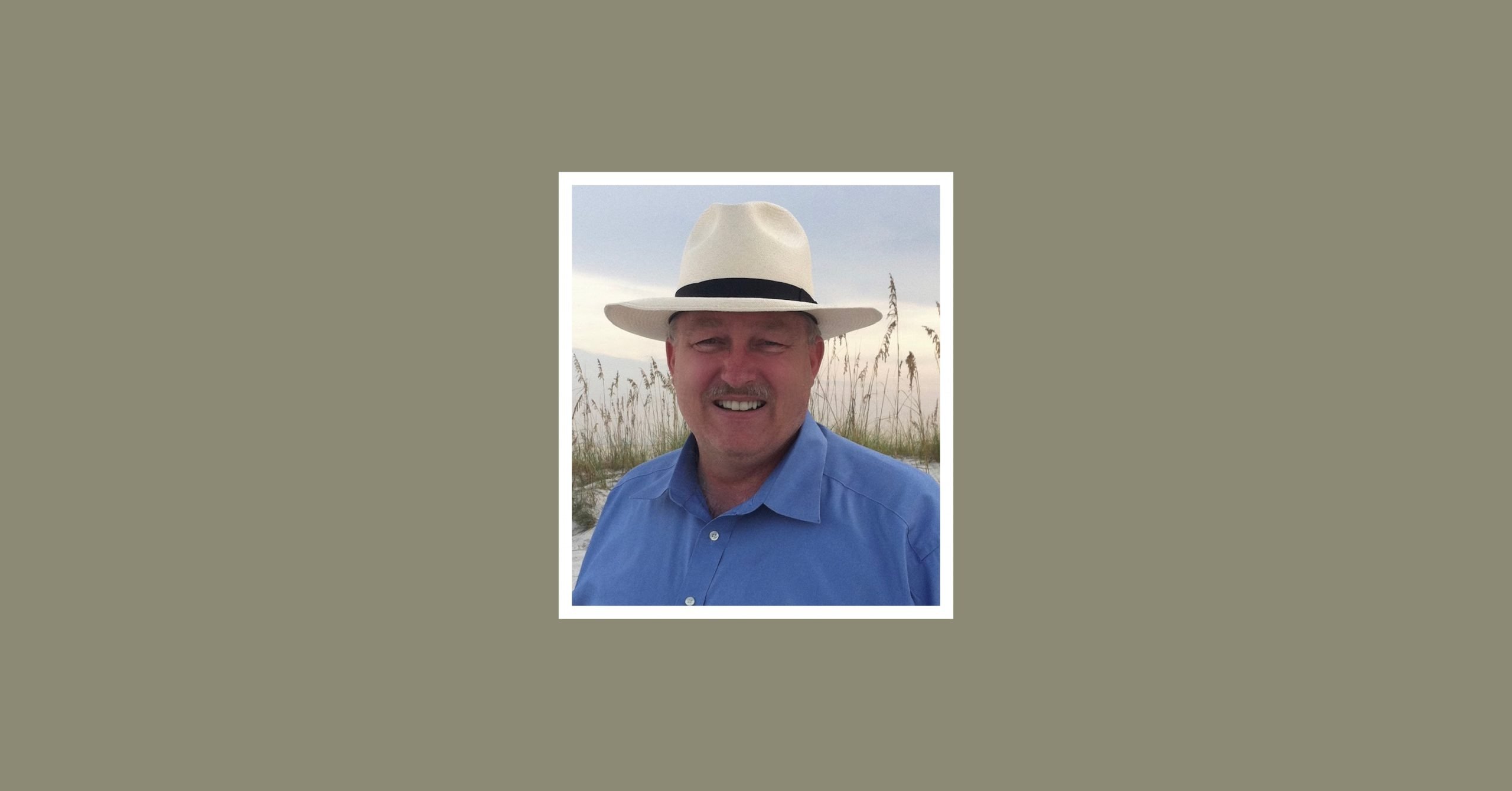 Jim was born June 8, 1957, in Fort Worth at Harris Hospital to Dr. Arvel Rodolphus Ponton Jr. and Beryl Francis Ponton of Fort Worth. The youngest of five siblings, Jim was raised in Alpine and moved to San Antonio at the age of 16. He graduated from Alamo Heights High School before attending Texas A&M for two years. Jim then transferred to his alma mater, the University of Texas at Austin, where he received a B.B.A. in real estate.

During college, Jim volunteered for Amigos de las Americas, traveling to Central America where he provided healthcare and administered vaccines to remote villagers for two summers. He was also a member of the Kappa Sigma fraternity and helmed a boat for the UT Austin water skiing team. After graduating, Jim managed a Luby’s in Corpus Christi, where he learned to carve turkey and mastered his homemade gravy — a staple of every subsequent family Thanksgiving.

Jim returned to Austin, where he focused on commercial real estate appraisal, became a certified MAI appraiser and eventually started his own appraisal company. During that time, Jim married the love of his life, Shawn Redman Ponton, in 1984. The pair moved to Dallas where they welcomed their two children, Alexandra “Alex” Kathryn Ponton and Wyatt Parkhurst Ponton. Jim and Shawn then relocated to San Antonio to raise Alex and Wyatt among friends and family. In San Antonio, Jim worked for the Department of Housing and Urban Development and served as president of the South Texas Appraisal Institute. An avid volunteer, Jim was a longtime usher at the First Presbyterian Church of San Antonio, a two-time chairman of Fiesta Noche del Rio through his membership with the Alamo Kiwanis Club and the leader of his son Wyatt’s Boy Scout troop.

While extremely devoted to his career, Jim considered his two children the pride of his life and top priority. No matter how busy, when asked if he had time to help with the kids, Jim would always respond, “Shawn, I will make the time.”

He also had a passion for cooking, which began at a young age after his parents continuously served cow tongue with raisin sauce. Jim’s other favorite pastimes included reading, researching history, collecting historical maps of Texas and watching classic Western films. He was joyful, goofy, and, as most would say, one of a kind. Jim’s friends and family will remember him being the quintessential gentleman.

The Ponton family wishes to express their sincere appreciation and thanks to Dr. Juby Joseph, physicians and staff at UT Southwestern Medical Center and Aviator Home Health for their outstanding support and care.

Memorial gifts may be made to the National Kidney Foundation or the American Kidney Fund.