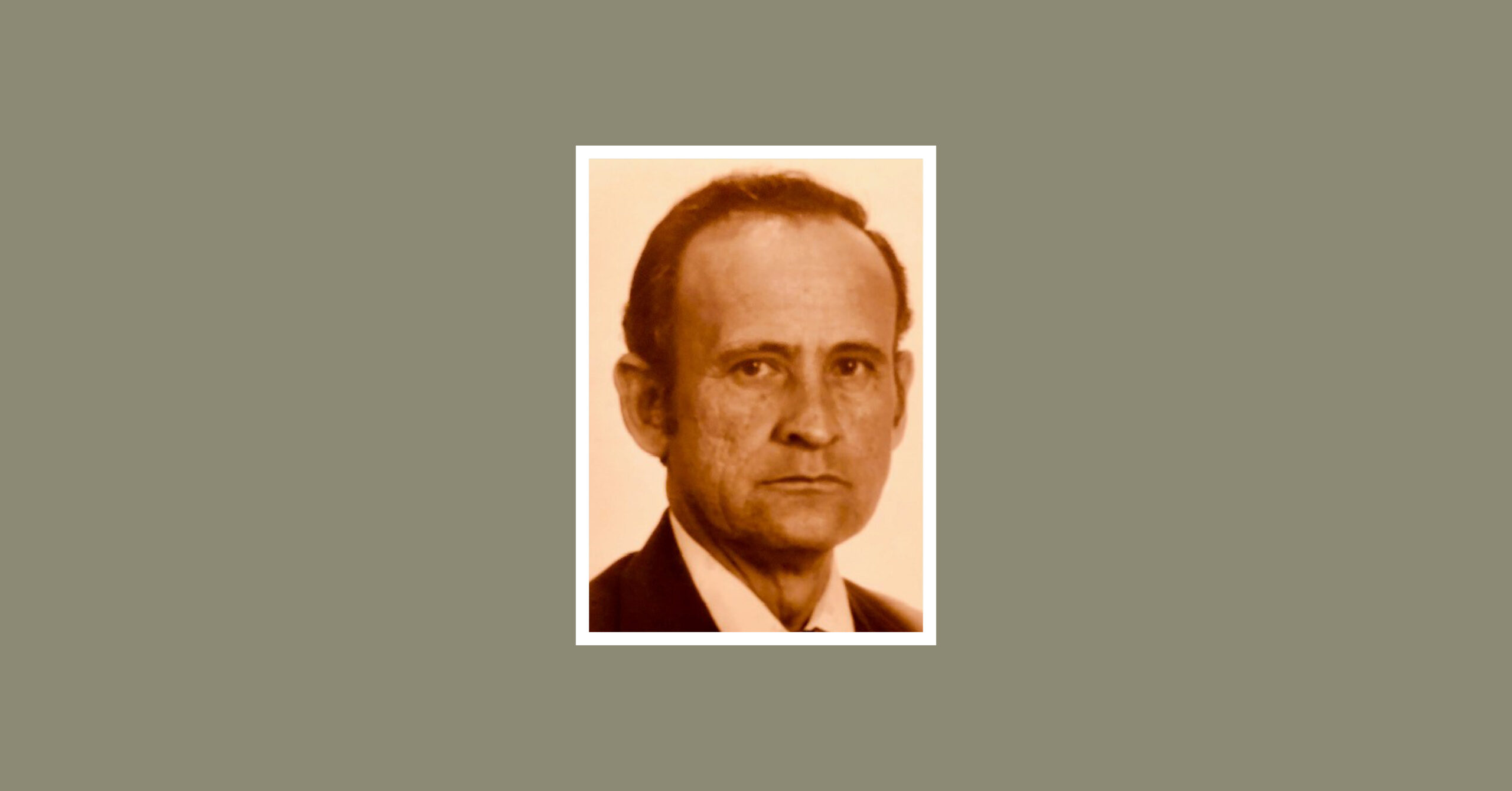 Alberto Lara Rojo, also affectionately known as Popo Beto, peacefully entered the gates of Heaven to join the love of his life, Margaret, on Monday, October 18, 2021, at the age of 95. He was born on January 6, 1926, to Ruperto and Marcela Rojo, in Marfa, Texas.

Alberto attended the segregated Blackwell School in Marfa. He was drafted into the Navy during WWII and was inducted on March 25, 1944, at the age of 17. He served his country proudly on Midway Island, on the battleship USS New York as an aviation storekeeper. He was honorably discharged on June 6, 1946. Upon his return from service, he met his future wife, Margaret Hartnett Rojo, at a Marfa theatre. They married at St. Mary’s Catholic Church on November 28, 1948. From this union came three children: Patricia Ann Martinez, Albert “Conky” Hartnett Rojo and Daniel “Danny” Hartnett Rojo. After his military service, Alberto worked as a mechanic at Eddie Pierce Motors in Marfa until a friend suggested working as an insurance agent could earn more money to support his young family. The new job meant a relocation to Alpine, Texas. He worked as an American National Insurance agent for 35 years, driving his Volkswagen bug from door to door to sell policies and collect payments. He was well loved and respected by his customers and his coworkers.

Alberto was a faithful and devout man. He spent his lifetime devoted to the church, starting with teaching Sunday school at San Pablo Methodist Church in Marfa as a teenager. When he married Margaret, he converted to Catholicism. He was a member of Our Lady of Peace Catholic Church, where he was a long time member of the adult choir. He was also on the Parish Council, Knights of Columbus, Holy Name Society, and a Cursillo rector and director during the Cursillo movement with Fr. Richard P. Lynch.

Alberto served his Alpine community in many capacities. He was active in the VFW Post 7207 for over 70 years. He served as quartermaster for many years, attended weekly meetings, and every year set out flags on Memorial Day at Holy Angels Cemetery. He even participated this past May at the age of 95. He was also a member of the American Legion and the Lions and Rotary clubs. He held posts in the Alpine City Council and as a county commissioner. He was instrumental in integrating public schools to end discrimination alongside Pete and Elena Gallego.

Of all the many ways Alberto served others in the church and his community, he was most proud of being a devoted husband, father, grandfather, great-grandfather and a loyal Alpine Bucks fan. Alberto was a constant source of strength and support to his wife Margaret during their 67 years of marriage. They traveled to many places during his time as an insurance agent.

They also loved to travel to San Jose, California, to visit his son and his family, and they loved to travel to Las Vegas. During Margaret’s illnesses he was her primary care provider, and he always stayed overnight if she was in the hospital. During her years at a nursing home, Alberto would drive the two hours round trip to see her twice a week as a 90 year old. He attended all of his children’s extracurricular activities and continued that with his grandchildren and great-grandchildren. You could always count on seeing him in the stands for all home games, and he’d often travel to out of games as far as Sonora, the Permian Basin area and the El Paso area.

Alberto will be deeply missed by his family and friends. They are all comforted by the knowledge that he is reunited with his true love, Margaret. He is also able to go back to his active lifestyle which is why he lived such a fruitful life of 95 years.

He was preceded in death by loving wife, Margaret; his son, William Hartnett Rojo; his parents; and his siblings, Herminia Martinez, Chilo Mata, Goyo Mata and Chano Mata.

The Holy Rosary was recited by Father Matta at 9:30 a.m. on Tuesday, October 26, at Our Lady of Peace Catholic Church. Funeral Mass, under the direction of Alpine Memorial Funeral, was held following the Rosary at 10 a.m. with Fr. Matta as the celebrant. He will be buried with military honors at Holy Angels Cemetery. Serving as pallbearers will be grandsons Danny Rojo, Ronnie Rojo, Adolfo “Jr.” Razo, Ricky Rojo, Jaime Rojo, Daniel Brian Rojo, Noah Zunker, and Derek Rojo. Honorary pallbearers are Jerram Rojo, Eli Zunker, Devon Rojo and Gabriel Muniz.

The family would like to extend their sincere thanks to the doctors, nurses and staff at Big Bend Regional Medical Center for the care they provided. They would also like to thank all the family and friends who have shown their love and support during this difficult time. May God bless you always.