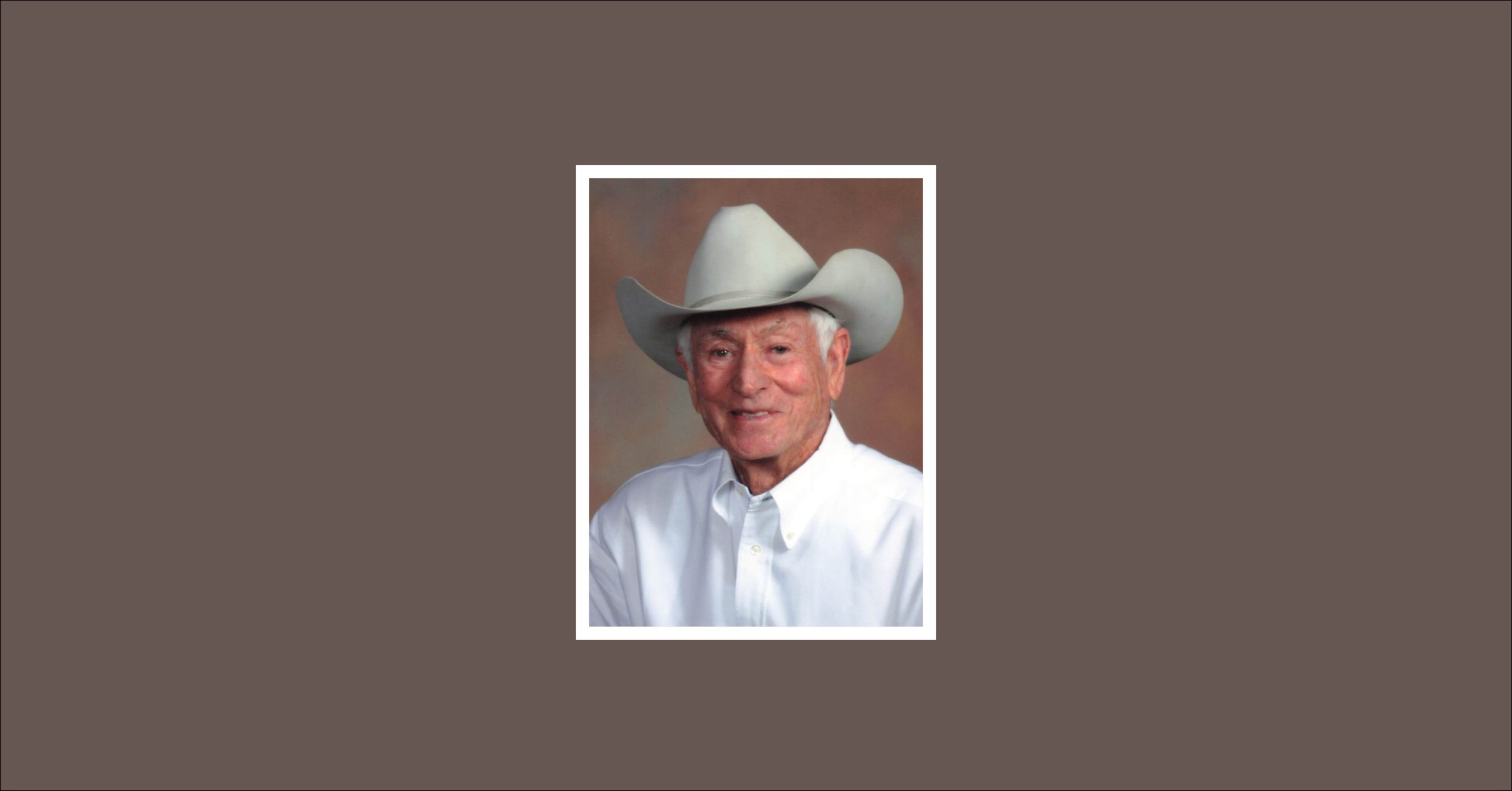 James F. Dyer II passed away on January 28, 2022, surrounded by loved ones at home at the age of 92. He was born November 2, 1929, to A.E. Dyer and Beulah Mae McWhorter in Baird, Texas. He attended Sul Ross State University in 1947 where he met the love of his life, Jan Williams. They celebrated 70 beautiful years of marriage in May of 2021.

James loved the Lord, his family and ranching in the Davis Mountains of West Texas. He served as president of the Texas Limousin Association as well as the National Limousin Board during the 1980s. He served as a board member of the Fort Davis State Bank for 55 years from 1965 until 2020 as well as the chairman of the board for many years. He was inducted into the RAS Rodeo Exes Hall of Fame at Sul Ross State University in 1994, and in 2003 he was awarded the Foy Proctor Memorial Cowman’s Award of Honor.

Alpine Memorial Funeral Home is entrusted with his private service. Online condolences may be left at: www.alpinememorialfuneralhome.com.