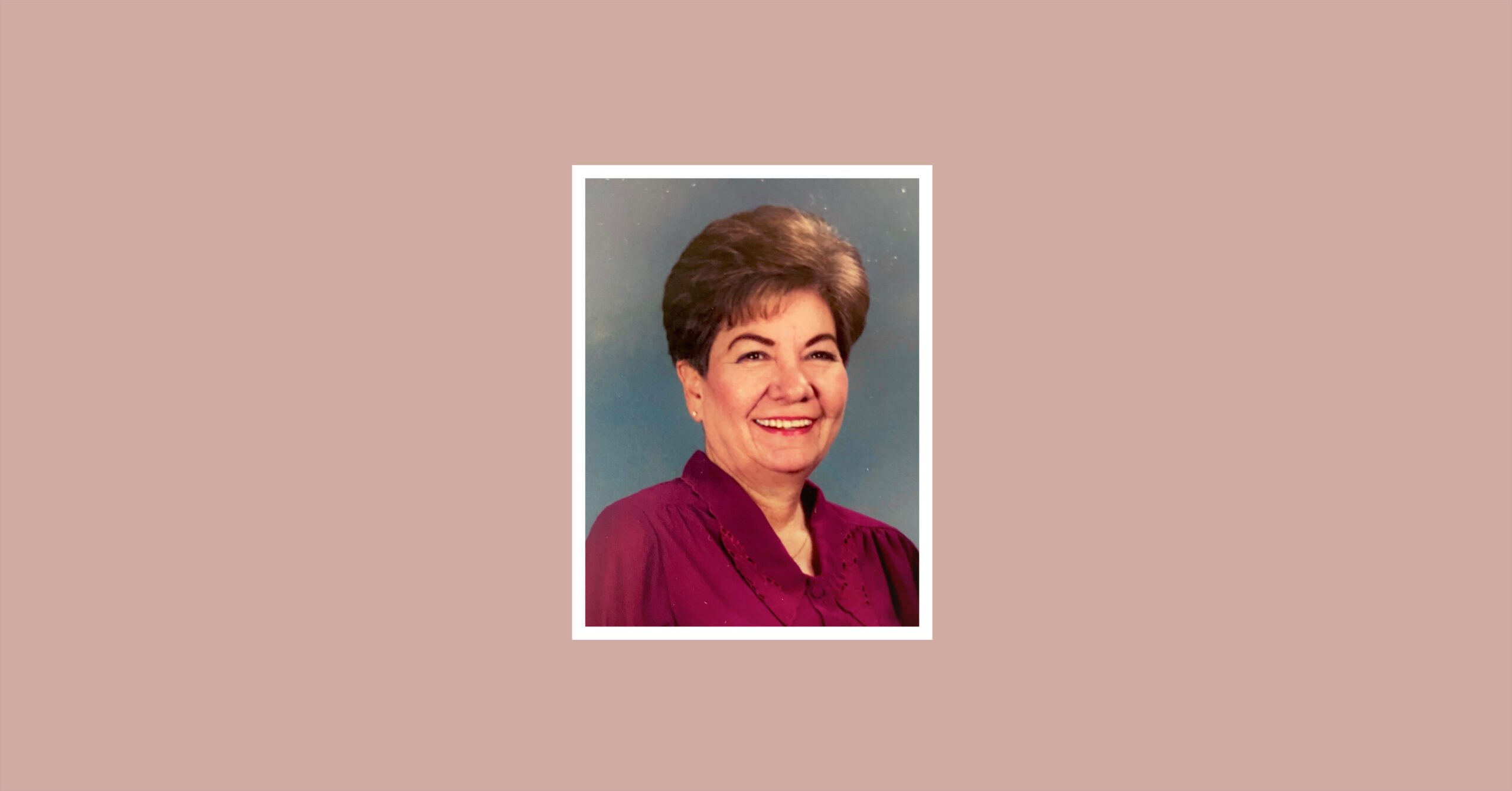 Cruzita Chavira Lara entered her Eternal Life with Our Lord on Easter Sunday 2022 – unexpectedly, but peacefully, in her home in Tucson, Arizona.

In 1941, she was born to Carmen Chavira within the home of Francisco and Felicitas Barrandey Chavira in Marfa, Texas, where she would spend her childhood years. She attended the segregated school of Marfa Blackwell Elementary, where a teacher witnessed her intellectual capacity and advanced her onto Marfa High School from the seventh grade. She graduated from MHS in 1958 as salutatorian despite being absent for several months to care for her ailing grandparents. Shortly after graduation, she married her high school sweetheart, Leopoldo Lara, and they began their life together: While he obtained his degrees from Sul Ross State University, Cruzita became the “working” housewife and mother (they welcomed three rambunctious boys within four years!). She began her career at Marfa National Bank; then went to the Hope Firm where she worked as an accountant for 15+ years. In 1975, the Laras relocated to Deming, New Mexico, due to her husband’s government job. There, she took the position of escrow agent for the Deming National Bank for 15 years. In 1990, due to another government transfer, the family relocated to Tucson, Arizona, where she worked as a fiscal agent for the Tucson Public Schools until her retirement.

To her family and friends, Cruzita was an extraordinary woman, always giving of her life unselfishly. They watched in awe as she was the first to step up to take on the role of caregiver for so many family members throughout her lifetime, all while continuing to be the best homemaker (outstanding cook and seamstress), wife, mother, grandmother, sister, aunt and friend. She brought hope into every situation and struggle, and growth into every new challenge. She was a shoulder to lean on, a heart to rely on, and a voice that encouraged you on.

She is predeceased by her husband, Leopoldo Lara; her granddaughter, Christina; her mother, Carmen Chavira Jones; and her sister, Ida Mae Gonzales.

Burial will take place at a later date in Tucson, officiated by Pastor Cesar Chavez of Citilife Church from Deming, New Mexico.