Anton Diedrich (07/04/1820 to 03/24/1904) was born in Antwerp, Belgium. In 1842 he witnessed a murder and was stowed away to escape the murderers. In time, he ended up in Galveston where he jumped ship and came ashore. He was five foot nothing, red hair and covered with freckles. He spoke Flemish and spoke very little English…He saw a line of people which were being fed at the end of the line (line for joining the Texas Mounted Volunteers serving as Texas Rangers) on October 7, 1848. Upon reaching the quartermaster, he told him his name was Anton Diedrich. The quartermaster could not spell Diedrich and told him he looked “Dutch all over.”

He served and was given an honorable discharge. Anton later shortened the “Dutch all over” to Dutchover. Now all the Dutchovers in West Texas are his descendants.

Anton is credited with being the first European settler in Jeff Davis County, settling before 1854. He later became the major landowner in the county. Anton later sold livestock, vegetables and apples from his own orchard and nuts also from his own orchard to Fort Davis and the fort itself. He and his wife from Spain, Refugia (07/04/1842 to 05/24/1908), are both buried in the Pioneer Cemetery located behind the Texas Department of Transportation on Alpine highway. Anton was a major landowner and bought the mountain from the state of Texas north of Limpia (Clear Creek). They had three children, with one of them being a daughter named Dorthy or Dorothea. She was courted by Trinidad Granado, also known as the Eagle of the Mountains, who finally got a blessing from her parents to marry him. A descendant of the union was Rose (Rosa) Granado who eventually married Charles Wilcox whose family had ties to being neighbors with George Washington. Rose moved and lived in Marfa. After Charles’ death, Rose married Stanley Lesniewski, who was a master sergeant in Camp Marfa.

The only daughter of Rose Granado was Elsie, also known as Elisa. Elsie married David Holguin Martinez and had four children with him: David, Rose, Daniel and Frank.

Another child was born (Fred), after she married a Nevadez man after a divorce with her husband David. The child’s last name was later changed to Martinez

Elsie was and was known as a strong-willed woman who protected her loved ones against anyone at any time and any place. She was the first manager of the Community Action Agency that served the tri-county area.

She was instrumental in getting both Blackwell and Marfa ISD integrated. Elsie also went back to school and got a LVN degree to better herself and to better serve others.

Elsie was known to not put up with anything or anyone and would stand her ground and proved it on many occasions. Elsie leaves behind her children, many grandchildren and great-grandchildren.

The next day, on Saturday, June 11, a Rosary will begin at St Mary’s Catholic Church beginning at 9:30 a.m. with Mass following the Rosary. The priest will bless the gravesite and her cremated remains will be interred. 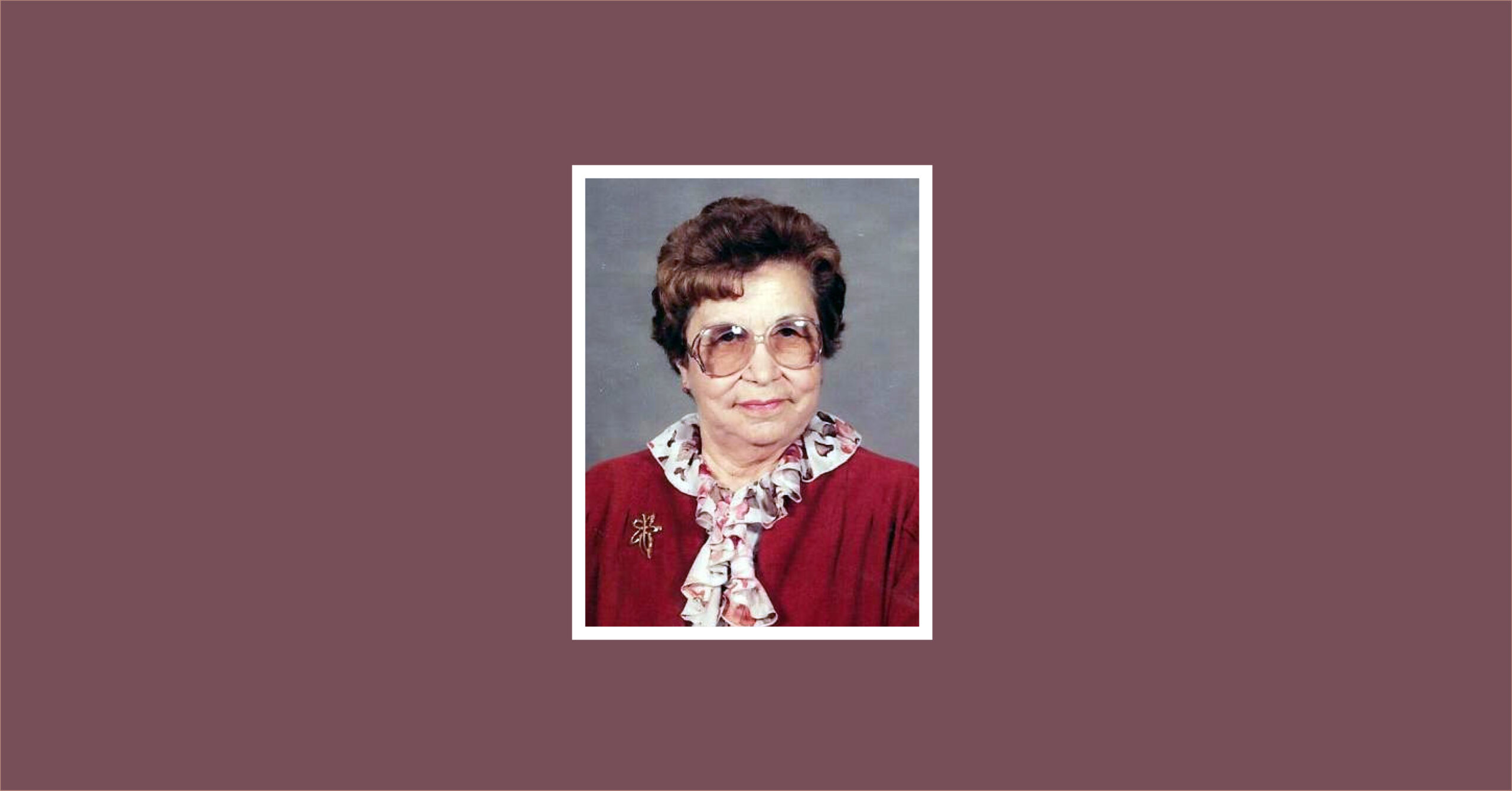