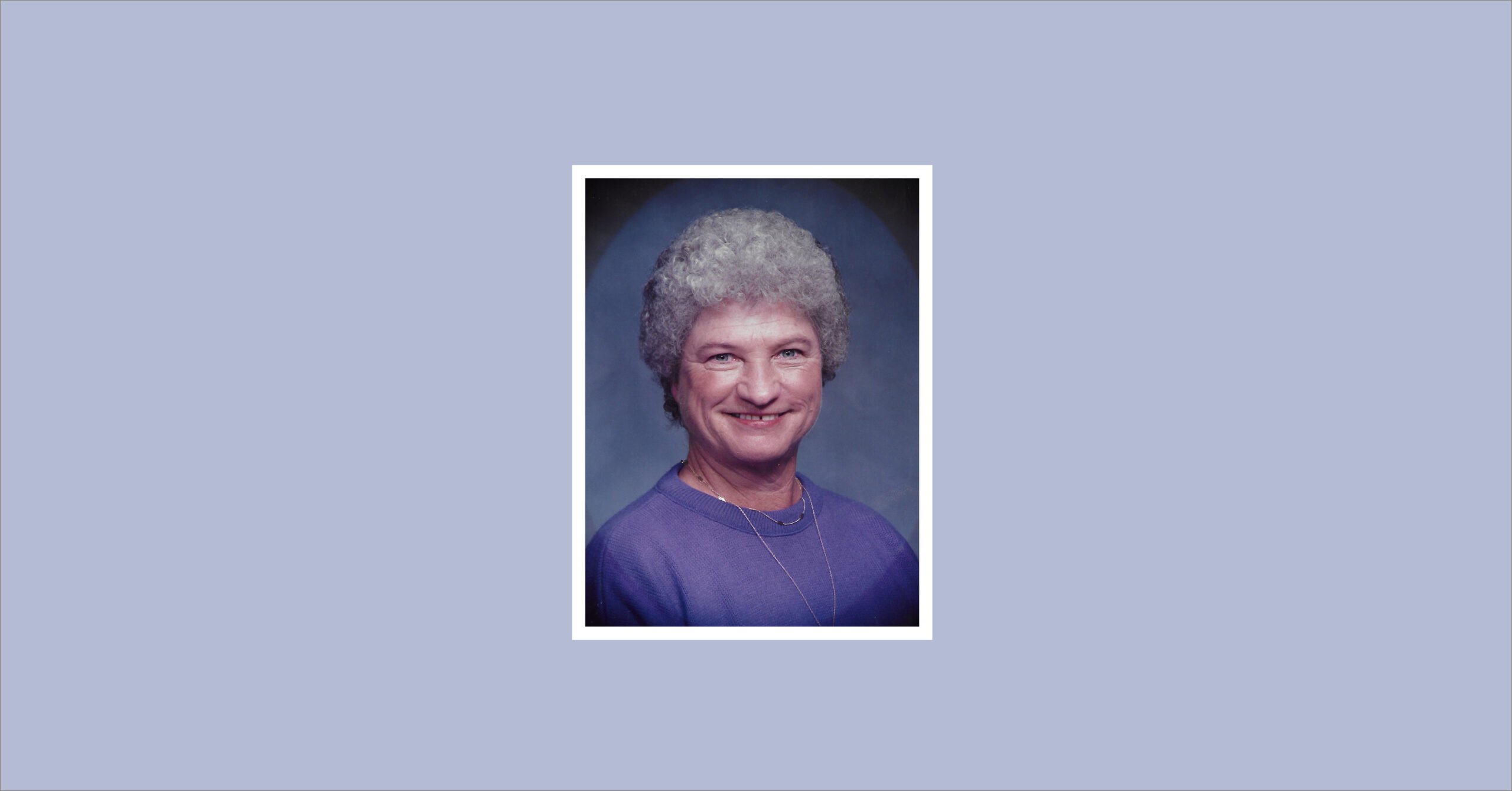 It is with a heavy heart that the family of Beverly Nanette Payne Peiser share that she passed from this life on June 7, 2022, in San Angelo, Texas, surrounded by her loved ones. A citizen of the Choctaw Nation of Oklahoma, Beverly was very proud of her heritage.

Beverly (Payne) Peiser was a caring and loving wife, mother, grandmother, sister, friend and colleague. Just shy of 87 years old, she very suddenly joined a circle of her family and friends in Heaven including her daughter, Lisa Powell, as well as her parents and two siblings. Beverly is survived by her husband of 68 years, Billy D. Peiser of San Angelo, Texas. She is also survived by her son Barry (Joneen) Peiser of Fulshear and daughter Pam (Wayne) Seipp of Llano. Lisa’s husband Rusty Powell and family live in Arkansas.

Beverly was born to Francis and Nannie Payne in Antlers, Pushmataha, Oklahoma. Honored to have a large family, she was raised in Hugo. She met Billy D. Peiser while working at the drugstore in April 1953 while still in school. Bill was in the area working for a survey crew. Though she was the second oldest child, Beverly’s parents would not let her marry until she
turned 18. She traveled by bus to Oklahoma City to work for GTE as a telephone operator until she was of age to marry. Beverly and Bill were married in November 1953. Beverly was strong-willed, but devoted to her family. She was a leader and a follower, as demonstrated by her moving multiple times with Billy D. while he surveyed in Texas, Oklahoma,
Colorado and New Mexico. During the earlier years they had two children, Barry and Pam.

Beverly, Bill, and family moved to Yuma when Bill went into the Border Patrol. Their daughter, Lisa, was born while in Arizona. In April 1964 they were transferred to Marfa, Texas, where they spent much of their life together, 44 years. For their last 14 they lived in San Angelo. Beverly loved her family, including her grandchildren: Karin, Tess, Megan, Thorin and Jamie; and great-grandchildren: Alexandra, John, Elijah, Samuel and Raziela. She held annual summer camps for her grandchildren and took most of them on special “Disney tours” or trips. Beverly treasured her extended families and always looked forward to their regular reunions. No matter a Payne or Peiser reunion, she was eager to gather for a buffet meal, a board game, white elephant exchange and of course “storytelling.”

Beverly loved “happy hour” and had two each day. Beginning each with a devotional and coffee, she ended each with snacks, drinks, games and stories. Dedicated, she was given a key to Carmen’s Café in Marfa to get the coffee on early. She often brought in her own baked goods. As a service professional, Beverly always worked in public relations and communications. Serving first as a telephone operator, she spent several years as a travel agent. She was a teller for a savings and loan association, and she served the public at the Davis Mountain State Park. From her travel agent work, Beverly learned to love travel. She took her sister on her first Europe trip, then her mother, and then Bill. She and Bill then traveled with the United States enduro team to several international enduro competitions around the world. Whether Beverly was at home or traveling, she carried with her snacks, books, puzzles and more. Even spending her last week of life in the hospital, she had in her hand the newspaper, a Sudoku book and a mystery to read. And she pointed out meals that were ready at home.

Beverly was a generous volunteer! She served St. Paul’s Episcopal Church in Marfa, as well as the thrift store. She volunteered at the Marfa Public Library, and she was an educational reenactor for the Fort Davis National Historic Site, cooking on a wood stove each weekend. Beverly’s suffering was short, and her grandchildren were with her. Enjoying time together, they hosted an Elvis concert that brought her great joy. Granddaughters Tess and Megan shared their individual projects working with Indigenous people, and Thorin shared his brew master work.

Beverly joins her family in Heaven and will lovingly be remembered by her 10 siblings and families: Phillip (Sally) Payne, Ross Dale Payne, Linda (Robbie) Robertson, Karen (Paul) Lyles, Jane Maxwell, Jan Maxwell, Becky (Dennis) Smith, Jill (Dudley) Sanneman and Chris (Vickie) Payne. Beverly’s grandparents preceding her in death include: Charles Francis Payne and Sophia Minnie Hibben Payne, and Roy Cornelius Harris and Priscilla Gertrude Taylor Harris. Honoring her requests, Robert Massie Funeral Home provided a direct burial June 8, 2022, at Mullen’s Cemetery outside of San Angelo. She wanted no funeral service and no flowers. As per her request, a “Celebration of Life” will be held at a later date. An announcement will follow.

In lieu of this, memorials in her name may be made to: Marfa Public Library (check to Friends of Marfa Public Library, Drawer U, Marfa, TX 79843); Chahta Foundation for Education (Choctaw Nation of Oklahoma: https://chahtafoundation.com/donate/ ) or your favorite charity.

Excerpt of “Death and Transformation”:

Choctaw proud, intense lover,
Holder of so many forgotten stories, lessons to be learned
Passed on, I am honored to have you as part of my story,
So honored to heal a wisdom born of oppression and fear
Generations removed. 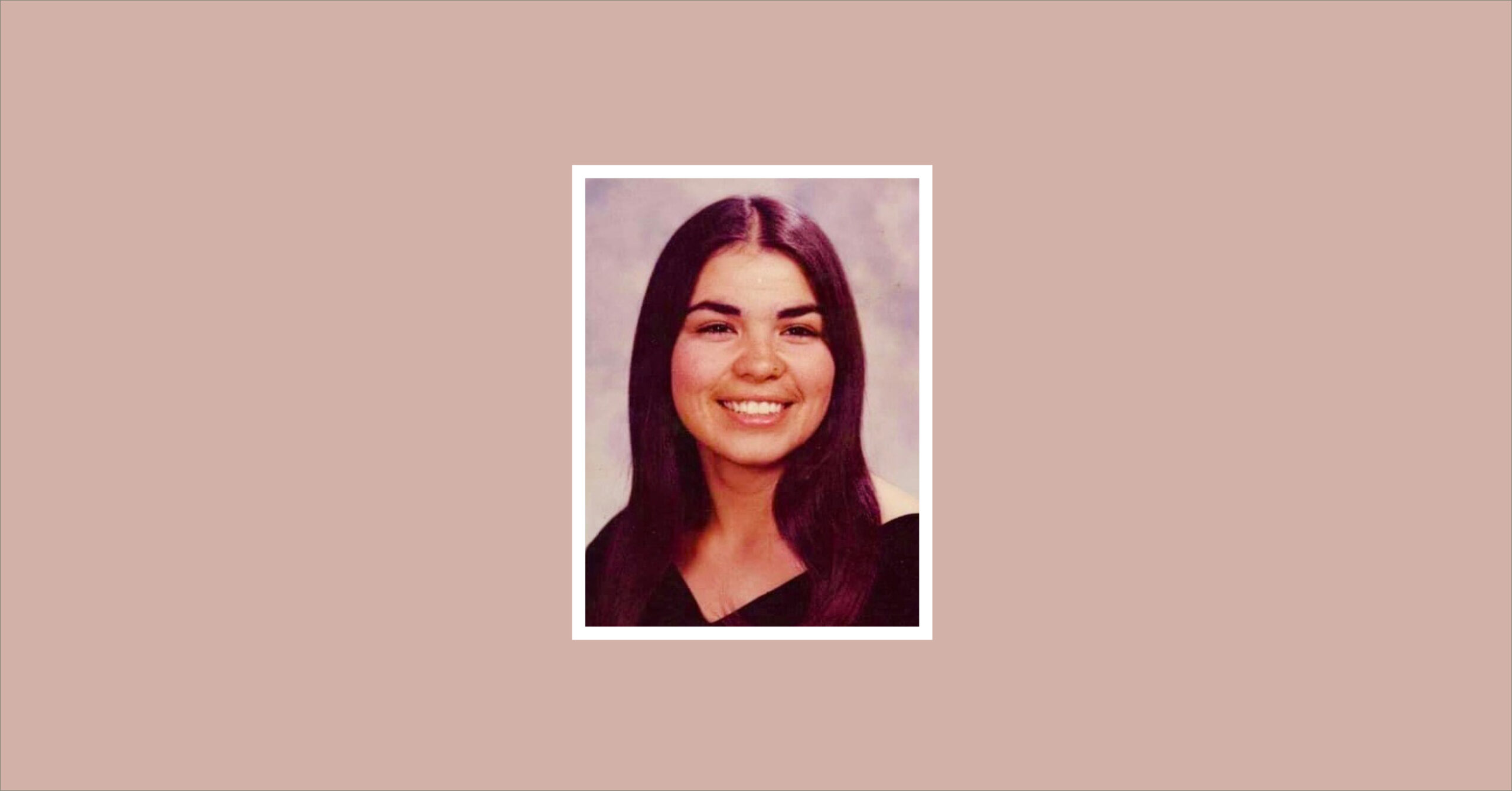 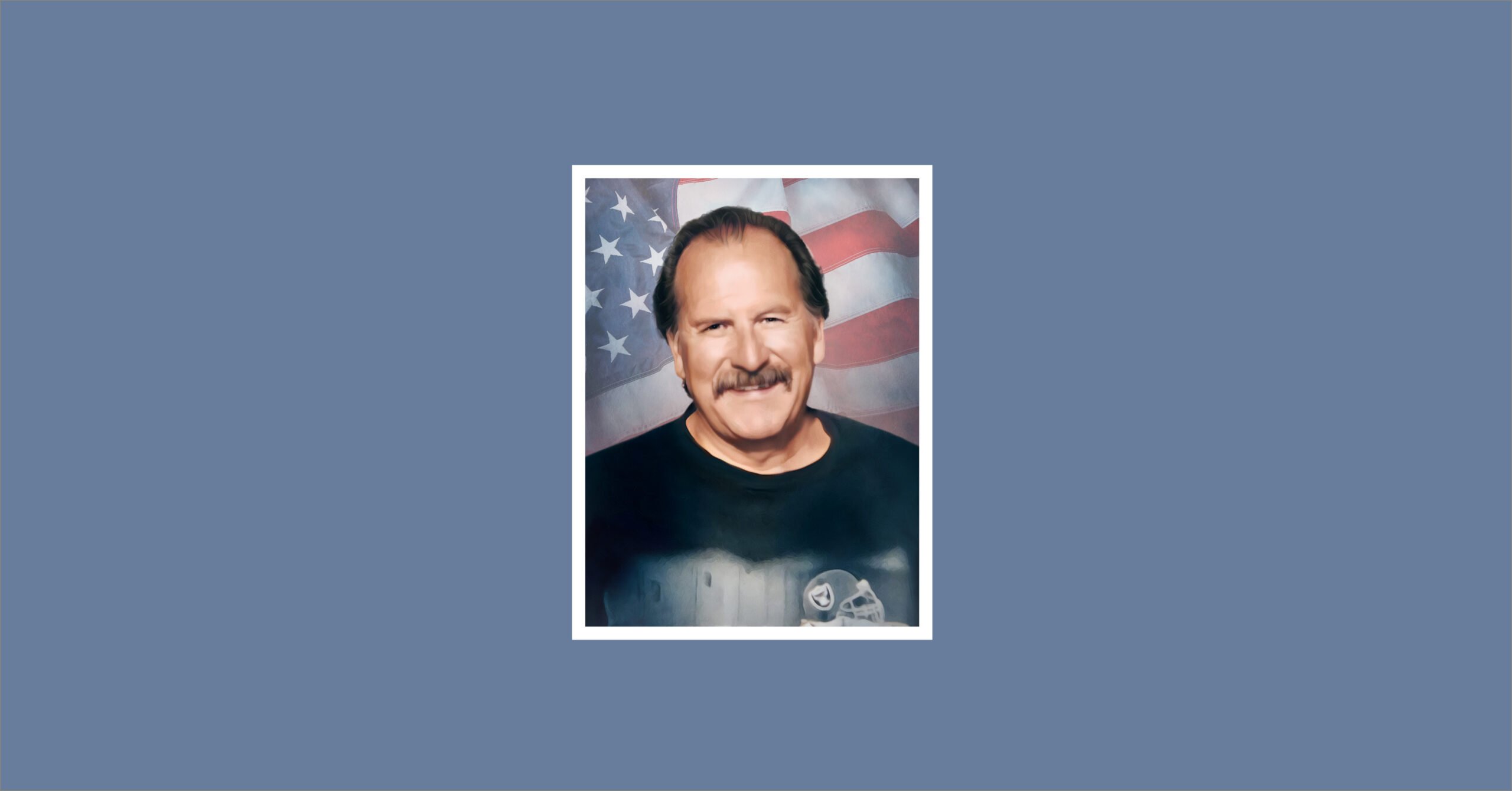 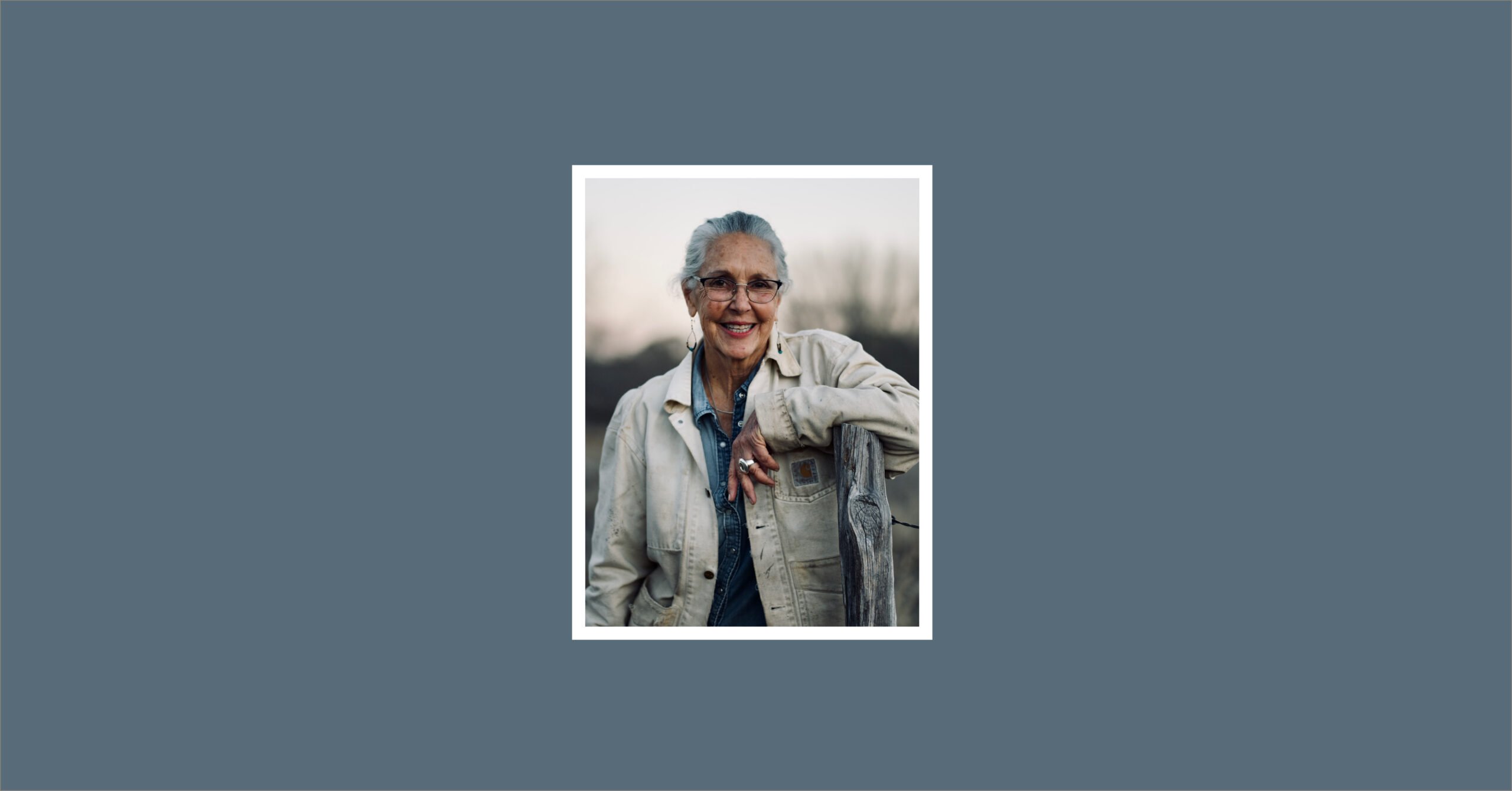