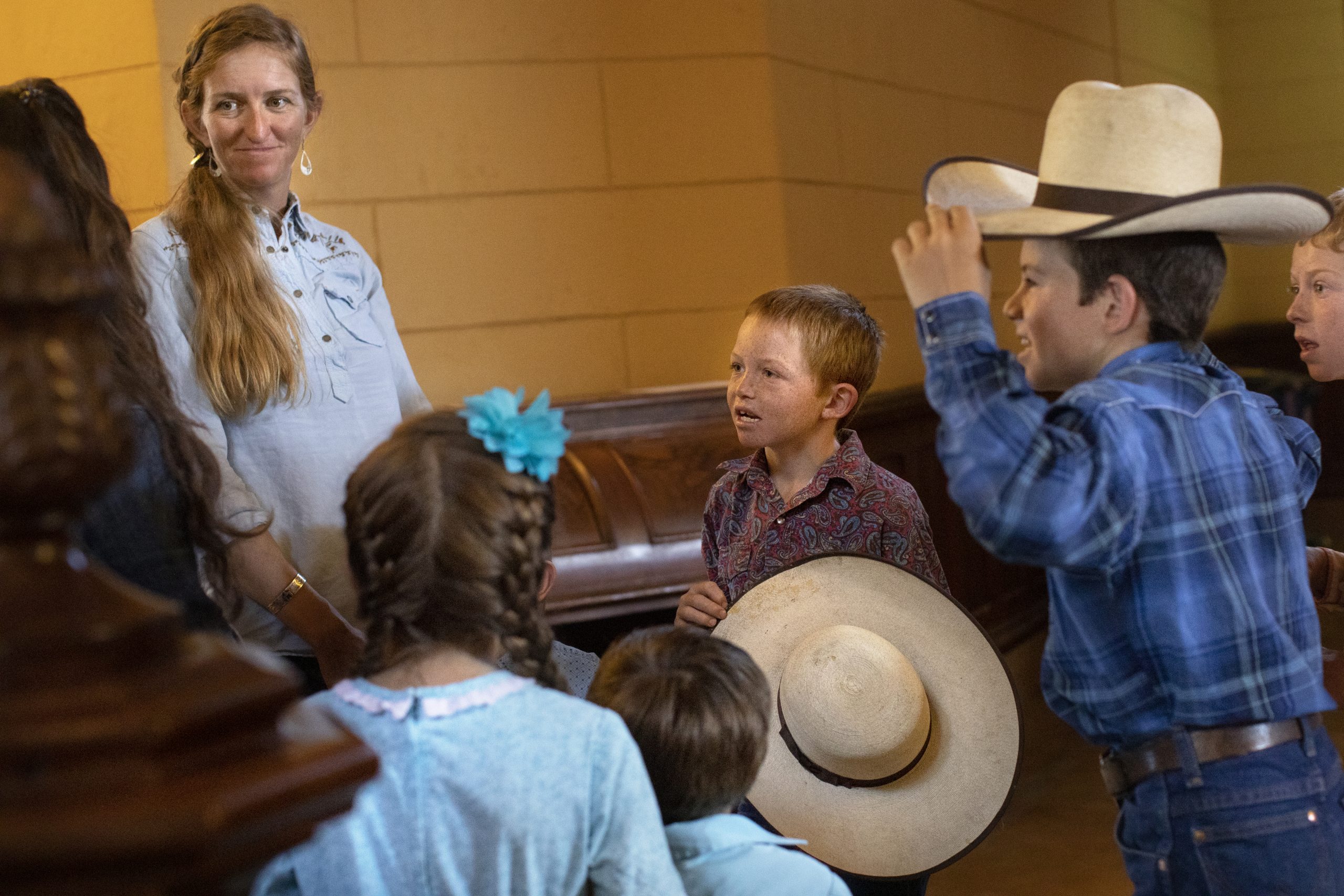 Rachel Mellard and her sons outside the courtroom after Mellard spoke in favor of a resolution to make Presidio County a “Second Amendment Sanctuary” on Wednesday. Mellard often works alone or with her children on her ranch and carries a gun for protection.
Subscribe

PRESIDIO COUNTY – Presidio became the first county in Texas to claim “Second Amendment Sanctuary” status when County Commissioners unanimously approved a resolution yesterday morning at the County Courthouse. Over 50 Second Amendment supporters came out in full force, squeezing into the Judge’s chambers of Presidio County Commissioners Court to speak on the topic. No one spoke against the resolution.

By approving the sanctuary resolution, Presidio joins a grassroots movement spearheaded by pro-gun advocates that has spread across the western United States, especially in rural communities. Nearby Hudspeth County voted in March to approve a different resolution to support Second Amendment rights, which made Hudspeth a “Second Amendment County.” 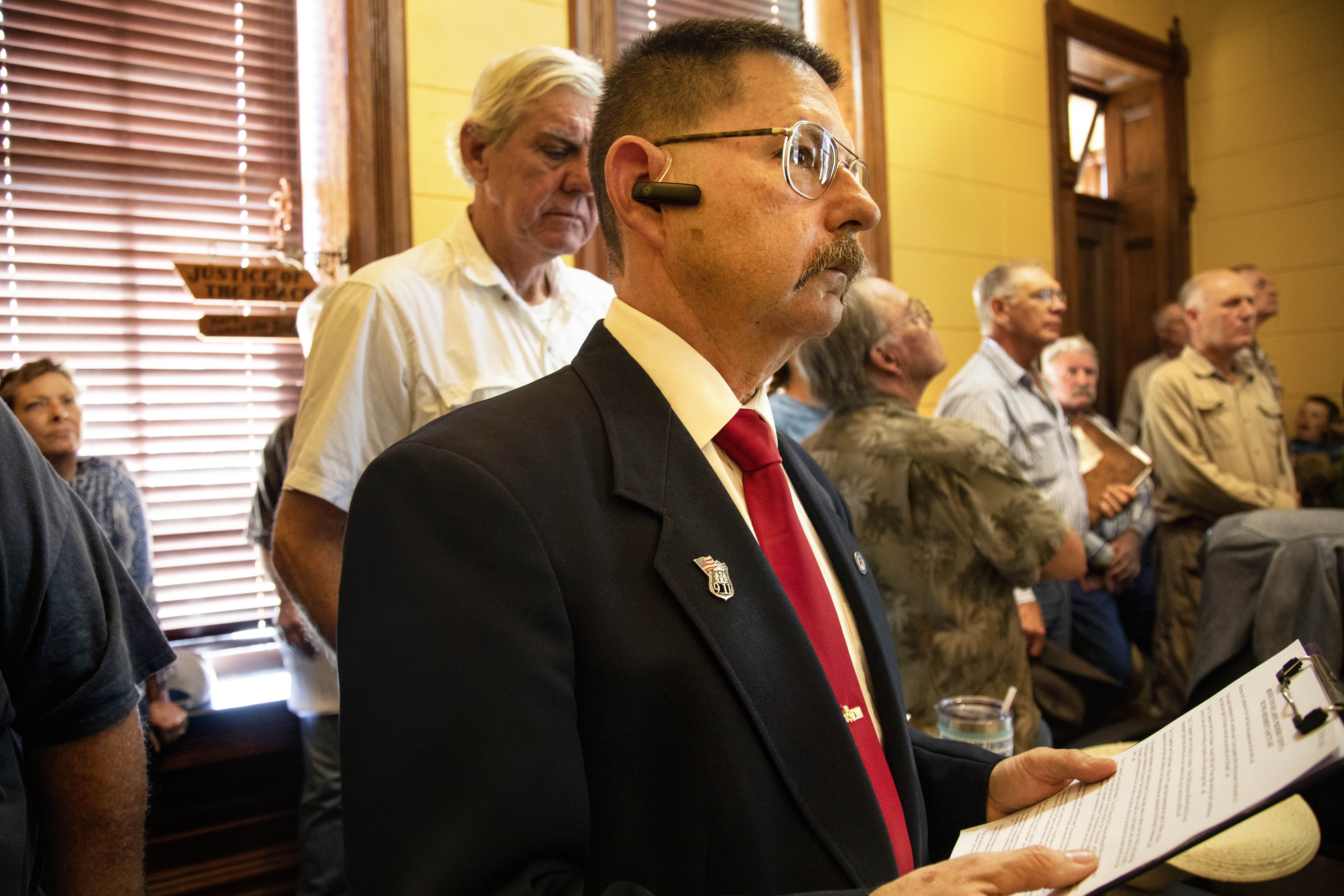 Commissioner Jose Cabezuela was absent, but Commissioners Buddy Knight, Brenda Bentley, Eloy Aranda and Judge Cinderela Guevara unanimously voted to approve the resolution once they had agreed on a few amendments at the advice of County Attorney Rod Ponton. The original resolution would have stopped the county from funding any enforcement that would “infringe on the right of the People to keep and bear arms,” but Commissioners removed that portion of the resolution, since they cannot restrict future courts’ budgeting powers.

Bill Applegate, one of the resolution’s supporters, submitted the document to the county because he worries that second amendment rights are being chipped away. Applegate lives just outside of Marfa and works in predator control on ranches in the area. “I use guns in my work, and I have guns for self defense, too,” Applegate said about his relationship with firearms. “I’ve had wild boar attack me, so if I didn’t have a gun, I would probably be pig food.”

Applegate said earlier this week that he submitted the bill because, “We’ve got to start protecting our rights somewhere because the anti-gun movement? They’re up and going. If we don’t stand up for ourselves and our rights, they will roll over the top of us.” 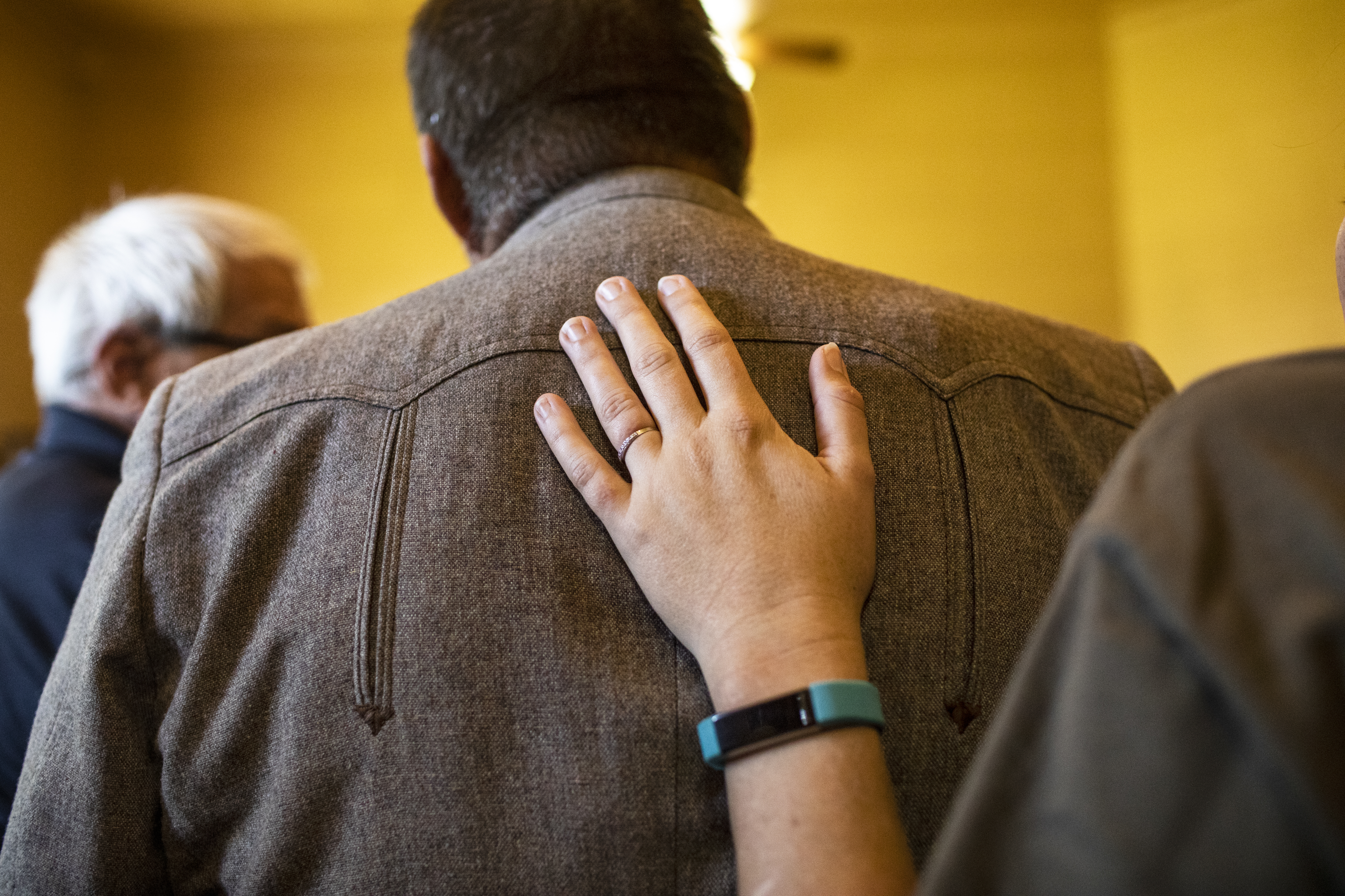 The “Second Amendment Sanctuary” movement takes its name from the “Sanctuary Cities” movement, where cities resolve to prevent their local law enforcement from assisting in the enforcement of federal immigration law. An impassioned speaker in the crowd argued Wednesday morning that if cities can make sanctuary laws to protect “illegal aliens” then the county should be willing to protect gun rights, which are already enshrined in the US Constitution.

“Whether that resolution is adopted or not, the will of the people will override any infringement of the federal government,” Gregory Romeo told the court Wednesday. Romeo is a former Marine living outside of Presidio, who was alarmed by Trump’s federal ban on bump stocks and recent attempts to regulate silencers.

Romeo told the court that the “second revolution” was well on its way, adding, “When the encroachment starts, the second amendment is going to go into full kick anyway, and you’re not going to stop the patriots of this nation.”

This year, Texas Republican State Senator Bob Hall introduced a “Gun Rights Sanctuary State” bill that would have prevented Texas from enforcing the federal ban on bump stocks, a weapons attachment that makes semi-automatic rifle function like fully-automatic ones. However, the bill died in committee.

Rachel Mellard, a self-identified ranch wife and mother of five, took to the podium next. “Our open borders are a problem,” she continued, “It’s always in the back of our minds that we need protection from what we might encounter throughout the day. We always have a firearm on hand.”

After hearing from the public, Judge Guevara said that while she supports the second amendment whole-heartedly, the county had received legal council from the law firm Allison, Bass & Magee that led her to believe the full resolution extends beyond the jurisdiction of the court, and that the court did not have the authority to sign the original resolution.

Commissioner Knight motioned to approve the resolution despite Guevara’s concerns.

As the audience goaded the Commissioners to approve the resolution, Guevara told them, “I also agree that we are under threat and I will come right out and say it–I am pro-life, I am pro-gun, I am pro-prayer and I am all those things, and we are under threat. You can see it if you watch the news, read the newspapers. Our freedoms are threatened.”

Despite her acknowledgement, Guevara still agreed with Bentley and Aranda, who were not willing to approve the resolution in its original form. Knight’s first motion died.

Applegate stated earlier this week, “This resolution, if passed by the commissioners court, will say that if any agency attempts to violate our second amendment rights, that the county will not assist them, and that the county would not provide that agency with any resources to facilitate violating our second amendment rights.” The portion of the resolution that Applegate described was struck from the text Wednesday per Ponton’s advisement, after Knight’s original motion died. 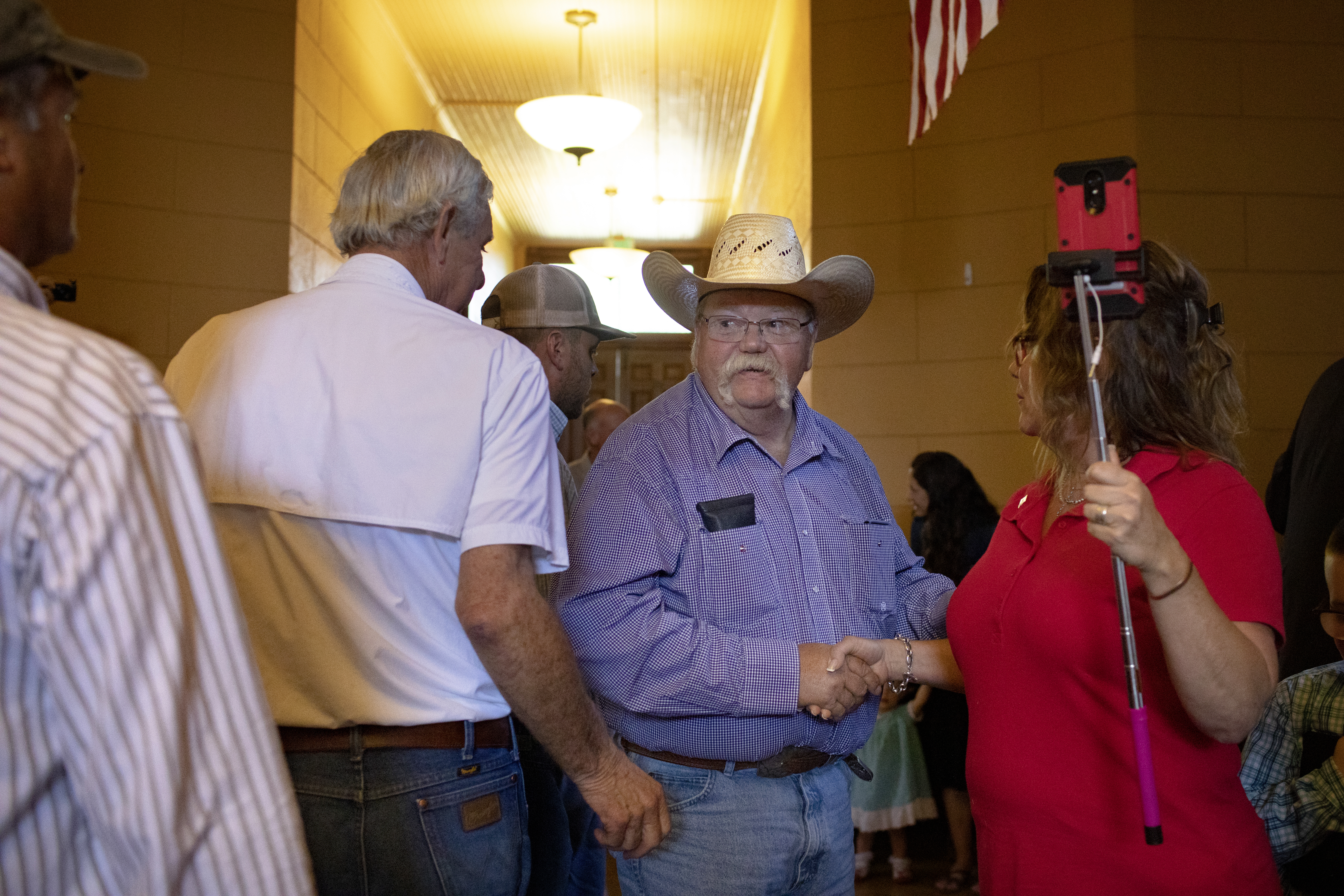 The resolution was slashed by Commissioners, until all it accomplished was affirming that the people of Presidio support the Constitution, would regard violations of the Bill of Rights as unconstitutional and would deem Presidio County a “Second Amendment Sanctuary.” Commissioners accepted the revisions, and Commissioner Knight enthusiastically motioned to approve the newly amended resolution.

Applegate told Commissioners, “We got your back. You sign this, we support you.” The crowd cheered in agreement. Guevara seconded Knight’s motion, and Aranda and Bentley voted to approve. The room broke out in applause, and Romeo congratulated the Commissioners, asking, “How does it feel to step into the history books for the state of Texas?”