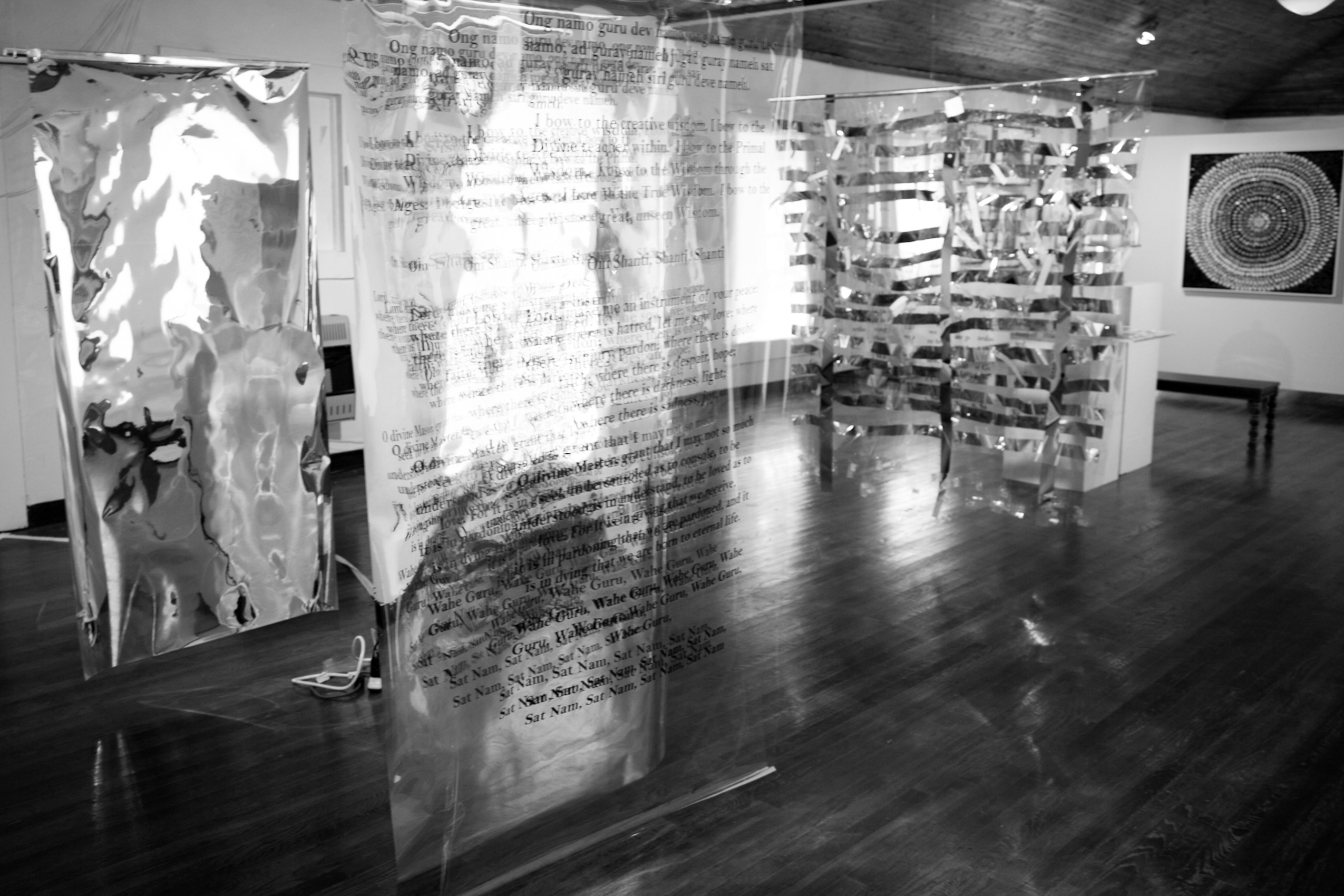 MARFA – Artist Francie Wong has reported two pieces of her artwork missing this week after she had participated in a residency and exhibited her work at The International Woman’s Foundation (IWF) in Marfa. Wong, based in Los Angeles and the daughter of local real estate broker Kathleen Mimms Walstrom, recently returned to Marfa to search for her artwork after learning from Building Manager Barry Reese that the art was nowhere to be found.

Wong’s residency began last July, and she opened a full exhibition of her work at the space in September. The IWF is located in Building 98 on Fort D.A. Russell, and has long housed artists and exhibited the work of emerging artists over the age of 40.

Though the show was mostly deinstalled by Thanksgiving, Wong says two pieces remained up in the Marfa art space. The name of the show was Sitting Under the Tree, and was a walk through of the Tree of Life of the Kabbalah. It was a combination of mosaics, video art, sculptural objects, and fluid prayer pieces.

One of the two pieces left up was a prayer wall, and as the viewer walked through, they could add a prayer with a piece of paper and a clip. Wong described the other remaining piece as dimensional prayers meant to create “the sound of prayer, what it sounds like dimensionally, without the sound. As you looked at it, it kind of went into space multiple times; it was prayers from all these different traditions.”

After contacting Building 98, Reese stated, “This whole thing is shocking and very distressing.” Executive Director Garcia agreed, stating, “It is very upsetting. We’re trying to determine how this could have happened, and why and who would’ve done such a thing. We are doing an investigation and as soon as we know anything we will let the public know.” Garcia also said when she returned from her vacation this winter, the pieces were gone, and all that remained were stray paper scraps. Garcia assumed Wong’s family had picked up the artwork.

“As an artist, you kind of pour yourself in the work, and this is now part of the mosaic of who I am,” Wong said of the work’s disappearance. “It’s missing prayers. I couldn’t control what kind of prayers people put up there before I even put the wall up. Then to have those immortalized into a work of art is saying that you don’t have any control over anything. And obviously I don’t have control over anything, because now there are no prayers.”

The disappearance of the art is “absolutely going to inform the outcome of the work, and I’m not sure how yet. But it’ll reveal itself to me,” Wong concluded.

Any information regarding the pieces or their whereabouts can be shared with the Marfa Police Department at 432-729-1841.

A Brewster County sheriff deputy was suspended without pay after being arrested for solicitation of prostitution.