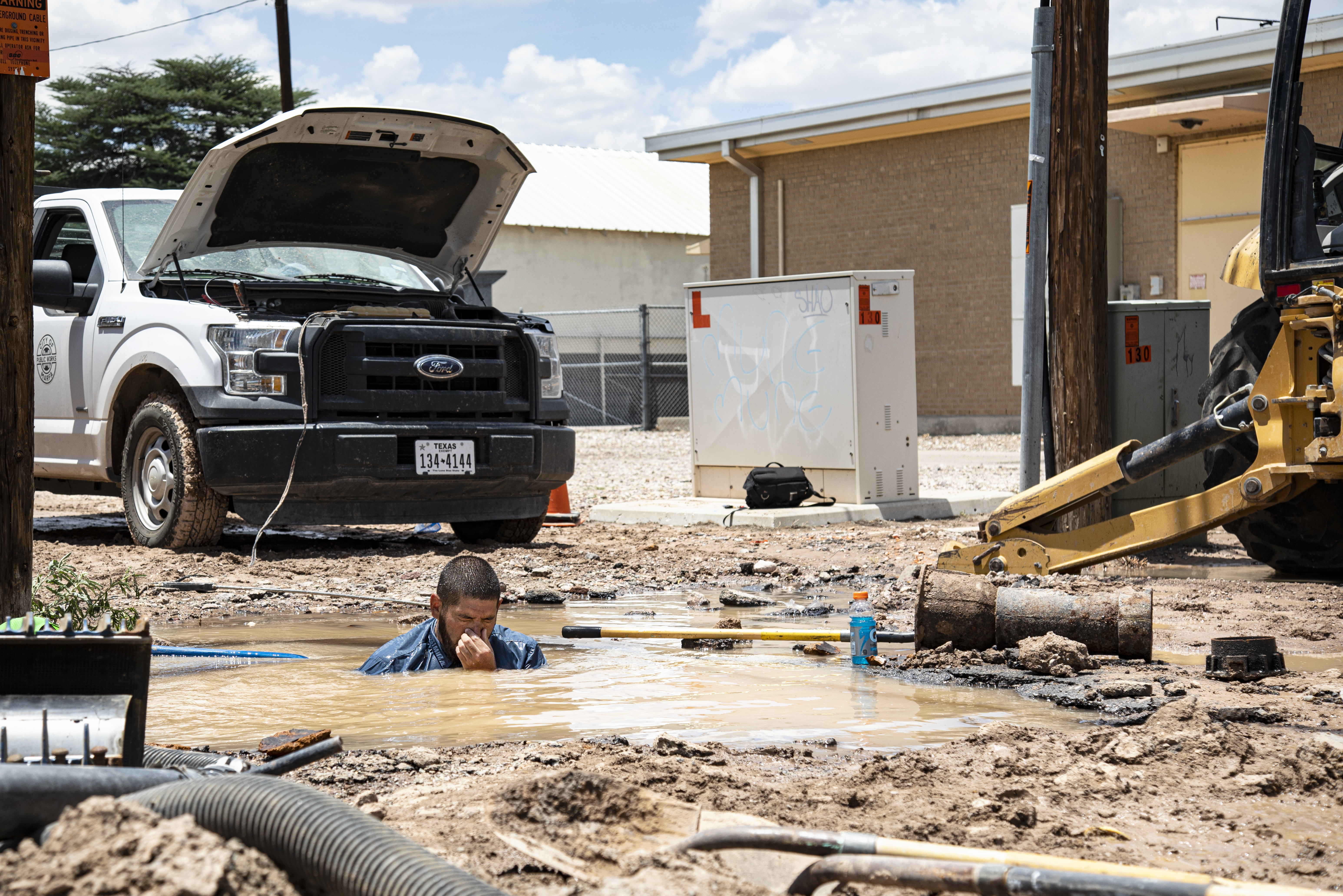 Charles Salgado of the Public Works Department holds his breath and dives down into the depths of Dean Street, attempting to repair a broken water pipe. Water was shut off across the city of Marfa for seven hours on Monday. (photo by Maisie Crow)
Subscribe

Water was out in the City of Marfa for approximately seven hours Monday. A Public Works Department employee responded to a 2″ pipe leak on North Dean Street near Oak Street that morning, but during the course of repairs, the machinery operator inadvertently struck an adjacent 8″ pipe, sending up a 10 foot spray of water.

In response, the city closed valves to stop the flow, so that they could begin repairs on both pipes. Public Works employee Ricky Guevara hoped to quickly complete the repair that day.

Steve Neu, the owner of Marfa TV Cable, was also on the scene to assess the impact to his company’s equipment. He told The Sentinel that the huge spray damaged one of his company’s power supplies, which was attached to a power pole above the broken water pipes. Some customers were without TV and internet until Neu was able to determine if new parts would need to be brought in from Alpine. 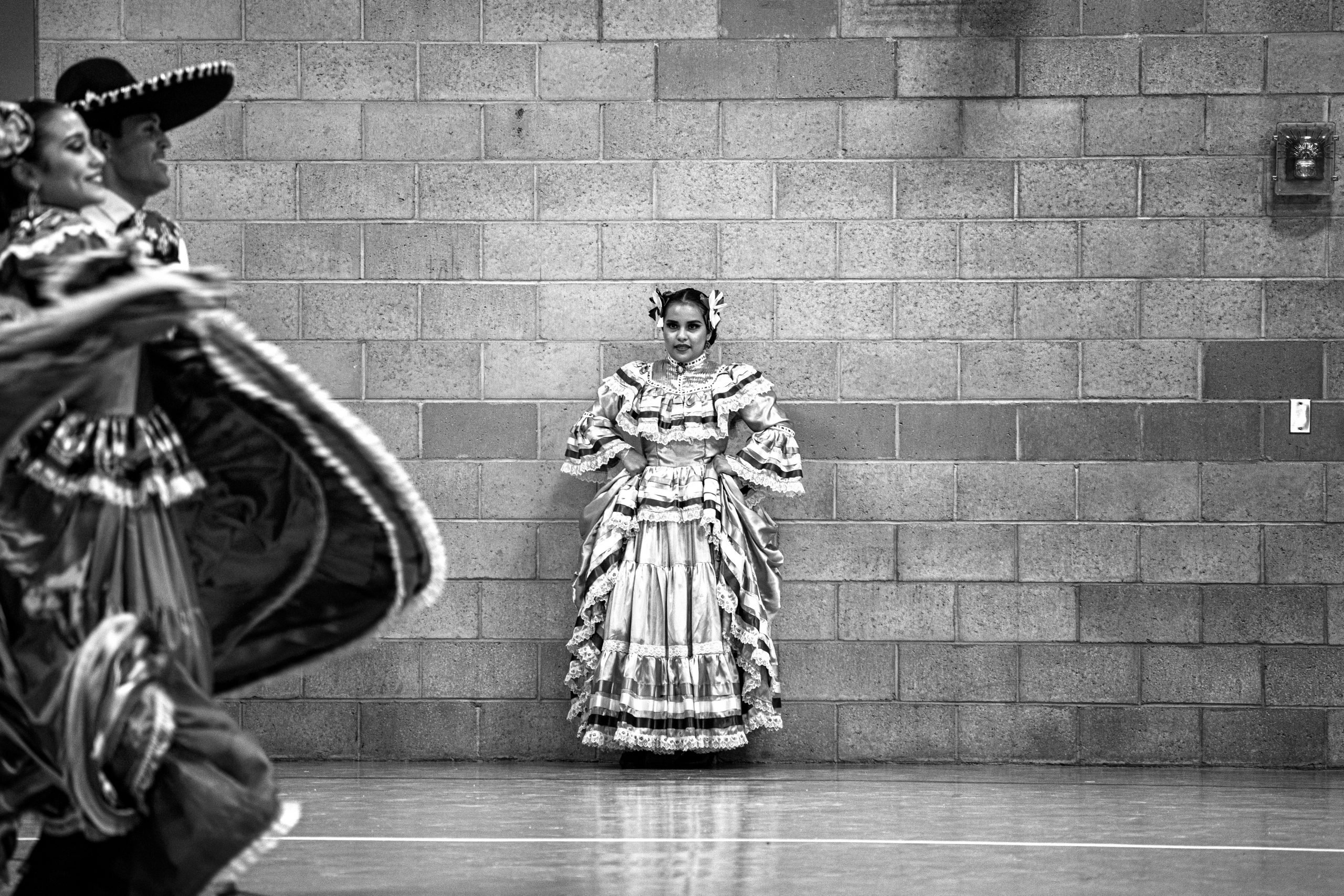