The last board said it was all tuckered out and, while it did not object to another group putting on a show, it did not want it to use the same name.

Goodnight, a Dallas resident and retired advertising executive, said he could pursue major sponsors to help finance the event.

The new board then selected officers. Gene and Kay Nowell are co-chairs, McGuire is vice chair, Burns is secretary and Stovell is treasurer.

Sylvia Nelson had agreed to serve as treasurer until a volunteer came forward, but Stovell agreed to serve. Nelson has the option to be a member of the finance committee.

The earlier, informal group had named itself Big Bend Cowboy Poetry Gathering, but Goodnight suggested at a July 9 pre-organizational meeting that Lone Star would appeal to more sponsors than the regional name Big Bend.

The date for the meeting was changed to the third week in February, rather than the fourth, when a representative of Sul Ross State University said the school’s basketball team might win its division in some future year and playoffs could be at Sul Ross, which would conflict with a poetry gathering on campus at the same time.

Consultant Bob Saul, president of the West Texas Trails Association, said missing a year “could cost a loss of sponsors and other participants.” And he said performers, sponsors and others all prefer the gathering be on the same weekend every year so they can plan for it in advance.

He said he’s helped many tax-exempt organizations get started, a process that normally takes about two years. “But waiting a year without a gathering could cause a loss of both sponsors and performers,” he said.

Among a number of organizational items, the board agreed to name Saul, a Fort Worth resident, the event producer, and to pay his expenses traveling to Alpine, which he agreed to do 12 more times, staying at least two days per trip. He is volunteering his time and other services because he said he wants to keep the event going.

“You don’t want to hire me because you can’t afford me,” he said

Saul also provided a website at lonestarcowboypoetry.com. He has acquired several other domain names and bought the URL for the Texas Cowboy Poetry Gathering. People logging onto the website for the former event will now be redirected to the Lone Star site.

Saul said almost 50 people had filled out a registration form on the site and some had agreed to donate. Saul will be adding instructions on how to donate.

The Board authorized Kay Nowell to file paper work for the tax-free status from the IRS, among others. She also will seek insurance and bank accounts at West Texas National Bank and TransPecos Bank, both long-time gathering sponsors.

The board agreed to hire CPAs Pace & Associates of Alpine to provide bookkeeping and tax services.

The board also authorized Kay Nowell, and rancher and poet Joel Nelson, to start lining up performers for the first Lone Star event February 21 and 22 at Sul Ross. Saul said most past gathering performers contacted said that date would work for them.

He got approval to hire Butch Hause to operate the sound system for classroom events and to buy the existing systems from the Texas Gathering for $200 each. He said there were about six systems, and buying them new would cost $800 or more apiece.

The Board also decided to provide a memorial at the next gathering to Jeff Davis County Mountain Dispatch publisher Bob Dillard, who died Saturday. Dillard had been helpful to earlier gatherings.

The board agreed to meet three times per month until the event, but many said they could not be here for a meeting August 13. Tuesday also was a bad day for some, and 7 p.m. was too late for a start time. Thus, they will meet next at 6:30 p.m. Thursday, August 1. Approving the by-laws will be one item on the agenda. 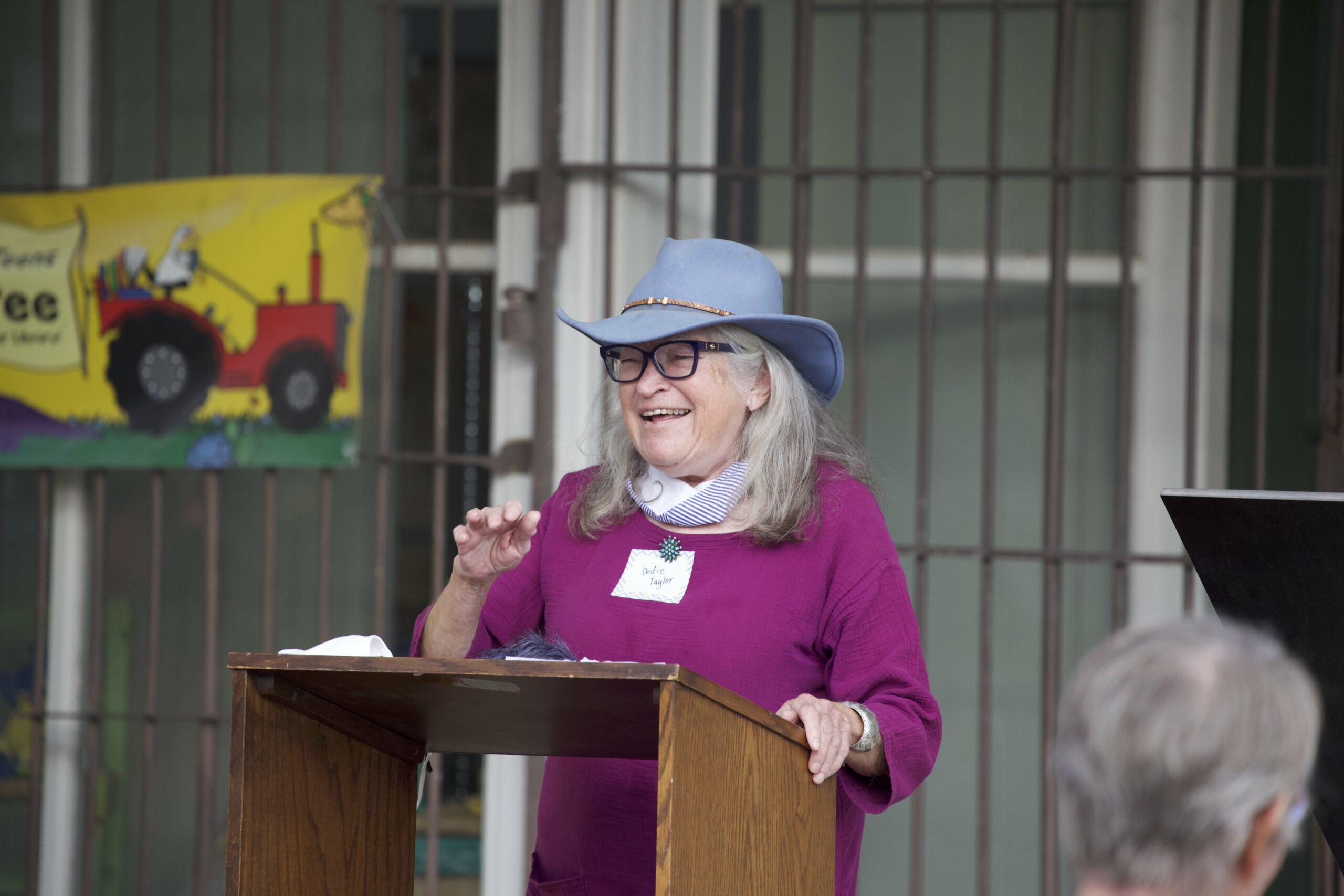