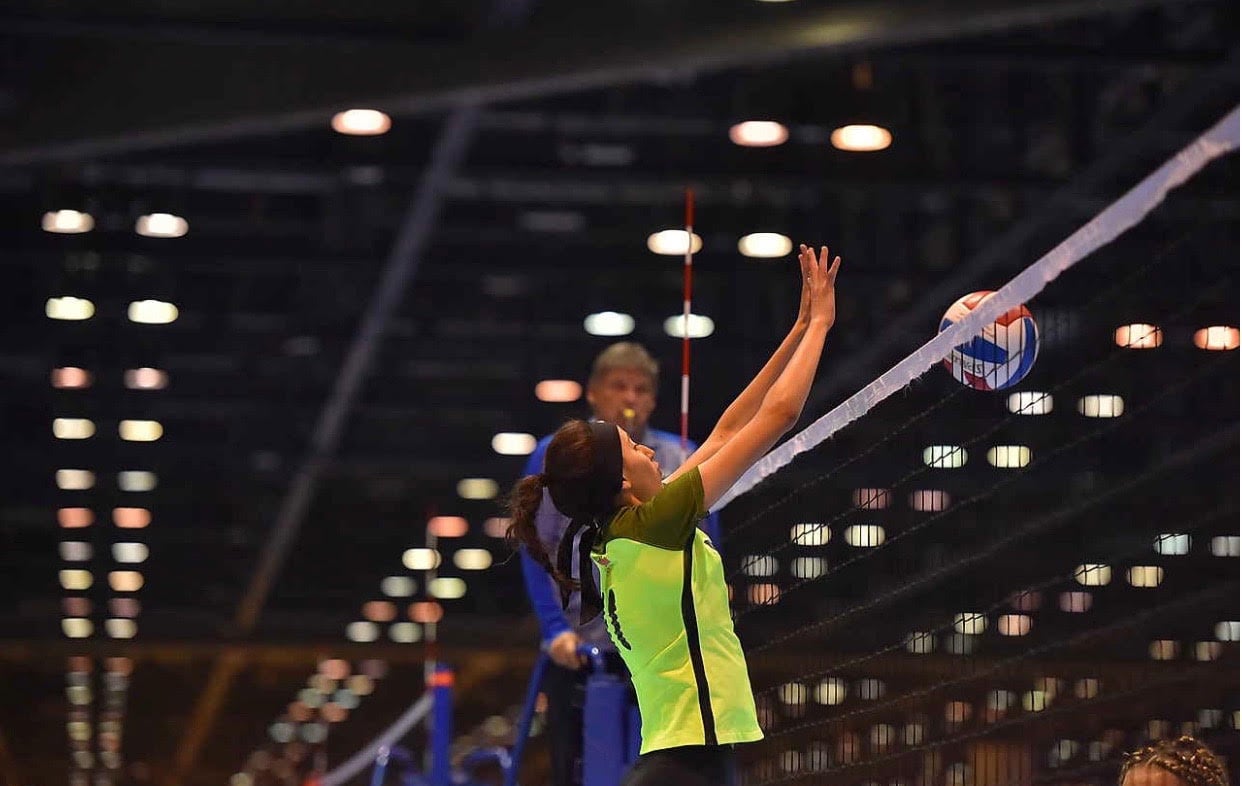 Marina Sanchez gave a verbal commitment to play college volleyball for University of Texas El Paso last Thursday, but before she heads off to college, she’ll be completing her senior year at Presidio High School.

“I think committing has been one of the biggest deals, because all of my hard work, all the sacrifices my parents have made for me, and all the time my coaches have put in for me has paid off,” said Sanchez. The athlete continued, “That’s been the goal since day one–to play Division 1 and make my family proud. It’s been great also because I’ll be the first generation to be a college student athlete for my family.”

Sanchez grew up in Presidio, but her family relocated to Fabens when she was in middle school. After playing volleyball for years in the town outside of El Paso, her family has moved back to Presidio this summer, and Sanchez will finish her high school career here.

Her goal for this school year is to go far with her new PHS teammates, led by Presidio volleyball coach Mayra Lujan. “I really want to win the district title this year and go for the playoffs,” Sanchez said. That’s not unfamiliar territory for Sanchez, who helped lead her Fabens team to a district title and deep into the playoffs last year.

Sanchez’ mother Iris Galindo-Sanchez was previously a teacher and volleyball coach at PHS, and is excited to see her daughter graduate from Presidio and play her last year of high school volleyball there.

Sanchez, who plays middle and outside hitter, received multiple offers, but ultimately committed to the El Paso school for a few reasons. “I love the college, and the players are great too. I think the coach is really going to change the way the program is, and make it a winning program. I want to help them win a national championship.” UTEP Volleyball Head Coach Ben Wallis was hired in late 2018, and is known for his technical expertise, developing players, and recruiting, according to the school.

The young and promising athlete is excited to be back for her senior year. “Presidio has always been home. I grew up here; my childhood friends and family are here. It’s just home,” Sanchez stated.