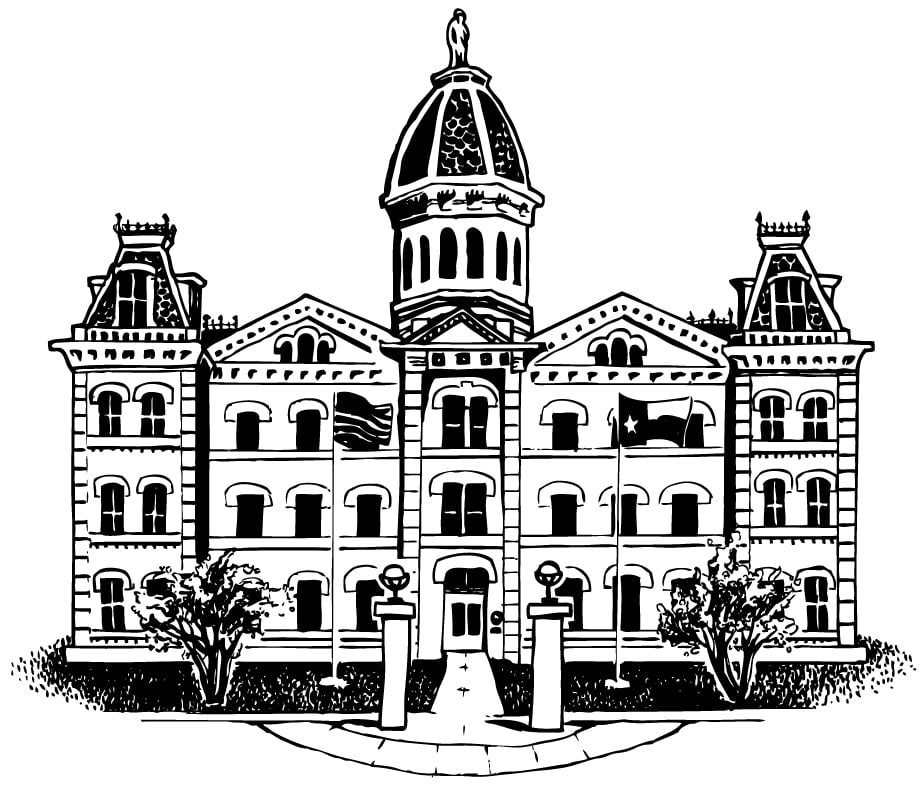 PRESIDIO – Commissioners narrowly voted to repay rancher Chon Prieto $1,964 — the amount he paid the county to repossess his impounded cattle — at the County Commissioners Court in Presidio on July 24. Attorney Rod Ponton drove the conversation toward refunding Prieto, and even accused reluctant commissioners of giving special favors to wealthy landowners. Prieto’s lawyer threatened a lawsuit if the commissioners failed to provide a refund.

The controversy began when Prieto’s cattle were collected off a neighbor’s land on the order of County Sheriff Danny Dominguez earlier this year. Prieto’s cattle had already been collected from the same property twice before. The sheriff once again deemed the livestock as “estray,” a term for wandering animals whose owner can’t be identified, and under Texas law is grounds for impoundment.

Judge Cinderela Guevara opened the discussion Wednesday, suggesting that the county put off the conversation “until we hear back from the attorney general.” Sheriff Dominguez requested an AG opinion about collecting estrays in an open range county after Ponton’s letter essentially said the sheriff’s actions were illegal.

Commissioners Brenda Bentley and Buddy Knight were firmly against voting on the refund in court that day, instead wanting to hold off until the AG opinion arrived in December. If the decision held that Prieto’s cattle were wrongfully collected, both agreed they would fully support refunding him.

Ponton shot back, “I just think y’all are giving special favors to rich people in Marfa.” Bentley flatly denied this, saying that the laws were cloudy and she just needed more clarity.

Bentley was also concerned that issuing the refund would be a tacit admission the sheriff had broken the law. According to Ponton’s letter, if the Sheriff’s Office were to “engage in any estray procedure that results in impounding, the imposition of fees, or eventual auction, all parties involved–the cowboys, the deputies or officers, etc. — become personally liable, and Presidio County becomes civilly liable for damages to the livestock and owner.”

Bentley latched onto this, saying of Dominguez, “I would hate to put him in a predicament where he’s being sued over doing what he thought was the right thing to do. We’ve got to protect him as well.”

The returned money will also set a precedent. Prieto was refunded for the third incident, but there is no reason he cannot seek refunds for the first and second times his cattle were collected. The county has been collecting estray cattle for decades, and ranchers in the area could seek compensation under Ponton’s reading of the law.

The cattle in question at the Wednesday meeting had wandered onto the land of Neil Chavigny, a south county landowner who contacted his neighbors and then the sheriff, hoping to have the cattle removed. The sheriff approved Chavigny to gather the cattle and deliver them to the county’s livestock pens, and the $1,964 cost to wrangle the cattle was reimbursed to Chavigny by the county.

The cattle’s owner, Chon Prieto, was identified and only allowed to repossess his cattle once he paid the county that same amount. Prieto’s lawsuit said the county had wrongfully taken his cattle and money, citing Ponton’s letter to commissioners. In court Wednesday, Chavigny, Prieto, Ponton and commissioners debated Texas’ estray laws versus Presidio’s open range status.

Attorney Ponton suggested that the true root of the problem wasn’t the potential conflicts of open range and estray, but a cultural divide in the county. “Estray laws are set up for neighbors to be neighborly. In this case you have an out of towner art-type guy that bought some land down by the hot springs, so he’s not a rancher. He doesn’t have the same kind of heritage and background that you do, that I do, as far as knowing how to deal with ranching neighbors.”

Ponton said that if he had a ranch neighboring Prieto, he’d call the cattle raiser directly, instead of calling the sheriff. “Somebody that’s not in the ranching business that just says, ‘I’ve got the money to buy a section of land,’ — they call the sheriff. So that’s the friction here because they’re not following the old customs of ranching in Presidio County.” Chavigny said he did attempt to call multiple neighbors, including Prieto, before finally calling Dominguez.

Ponton emphasized that it was his duty to prevent a lawsuit against the county and also doubted whether the cattle could be deemed estray anyway, given Prieto’s insistence that the livestock had been tagged and branded, making them identifiable to Chavigny and the sheriff. A heated back-and-forth broke out, with Ponton telling Chavigny that if he didn’t build a fence to keep the cattle out, then he had no right to complain about damages the cattle wrought.

Judge Guevara intervened and called the court back to order. “I’ll tell you how it’s going to go today. Somebody show me a law that exists today saying that those cattle were estray cattle. If not, the law since 1893 says we’re open range. It was upheld in 1999, and the law says that if neighbor’s cattle comes onto your property, you have to fence out.” Guevara was ready to vote. “If there’s not another law that says something else, right now we have to go by the law that exists.”

Chavigny spoke up, stating, “Rod points out, which is correct, that Presidio County is open range and nobody debates that. The thing is that in Texas we have a second law that seems to conflict with the open range policy — the estray law.”

Commissioner Eloy Aranda said that because of his experience ranching, he could sympathize with Prieto’s plight, and felt the county should refund Prieto today. Instead, Bentley motioned to wait for an AG opinion before deciding whether the county needed to return the money to Prieto. Knight seconded it, but the motion died.

“All I’m saying is that y’all can wait, but if you wait, the county is going to get sued for $3,200 plus attorneys fees, plus paying for a lawyer to defend it,” Ponton implored.

Commissioner Jose Cabezuela then moved to refund Prieto for the cost of impoundment, out-of-pocket labor to retrieve his impounded cattle, and fuel charges to a total of $3,200.48. The motion failed because the money couldn’t all come out of the estray fund, only the $1,964. Judge Guevara, providing a middle ground, proposed the county refund the impound costs only. Aranda and Cabezuela supported the motion, with Bentley and Knight dissenting.

The county had paid Chavigny $1,964 and recouped the cost from Prieto; after the refund, the county is out $1,964 for its potentially erroneous collection of estrays. If the AG opinion disagrees with the county later this year, they likely will not recover the funds given back to Prieto.