By some accounts, 70,000 tourists outnumbered full-time Marfa residents 35 to 1 last year. As huge as that may seem, Marfa has it better proportionally than Hallstatt, a picturesque Austrian village, population a mere 900, with 1 million tourists annually. That’s 1,111 to one! Hallstatt might say, “Eat my dust, Marfa,” except that for Hallstatt it’s definitely bus exhaust.

What’s up with tiny Hallstatt? After all, Austria is not exactly known for a shortage of picturesque villages. Why is this village so special, apart from being a World Heritage Site, that it receives 1,111 times its population in visitors each year?

Its beauty caught the attention of a Chinese mining tycoon from Guangdong province, population a “mere” 113 million. He, backed by Minmetals Land Inc., spent a reported $940 million to build a replica of Hallstatt in China as a luxury real estate development. It opened in 2012. The Chinese have been invading Hallstatt ever since. 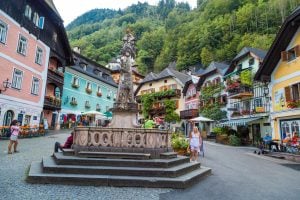 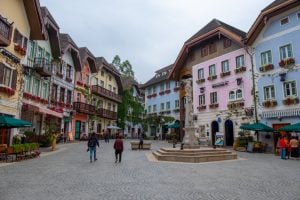 The angles are slightly different, but in fact, they are both the same Hallstatt, Austria square. Brick for brick.

As we may imagine, this explosion of tourism changed the town dramatically. The Hallstatt mayor said, “The advantages are that we have become financially independent. We used to be a place that people left… But that’s changed.” A resident told Rediff.com, “We have a lot of short-term visitors who swamp the place. That isn’t so good for the people who live here.” (Sound familiar?) The town is considering restricting tourist buses.

Tourists are overwhelming just about every desirable place in Europe. Barcelona, population 1.6 million, reports 30 million tourists, a ratio of 19 to one. And be glad we aren’t Venice, with its mega-huge cruise ships, bumping into smaller boats. We were in Europe in June and Prague was people bumper-to-bumper. The Chinese have definitely discovered Lucerne, too. I’ve never seen so many selfie sticks per capita.

The Hallstatt China effect on Hallstatt Austria illustrates the degree to which the world is connected economically as never before. Until recent decades, there was no real estate developer in mainland China to spend a billion dollars on a real estate project identical to an Austrian town – Hallstattland? – and turn the lives of 900 people half a world away upside down. Now, there is, and likely more than one. You never know.

Consider this. A New York artist moves to Marfa, backed by a foundation funded by the Schlumberger heirs. He’s known in certain circles, but his masterworks at Chinati are yet to come. His reputation grows and grows, and the town’s economy shifts from domination by ranching and law enforcement to tourism. People visited the Big Bend before, sure, but nothing like today.

Tourist centers have been ambivalent about tourism forever. The income is largely positive, the increased costs and social disruption problematic. So far, no Chinese by the busload here. But if they build a replica of Marfa in China, watch out.

Tom Jacobs is a partner with Huckleberry Capital Management, a boutique investment advisory firm serving clients in 25 states and 3 foreign countries from offices in Marfa, TX, Silicon Valley, CA, and Asheville, NC. You may contact him at 432-386-0488 and [email protected]. 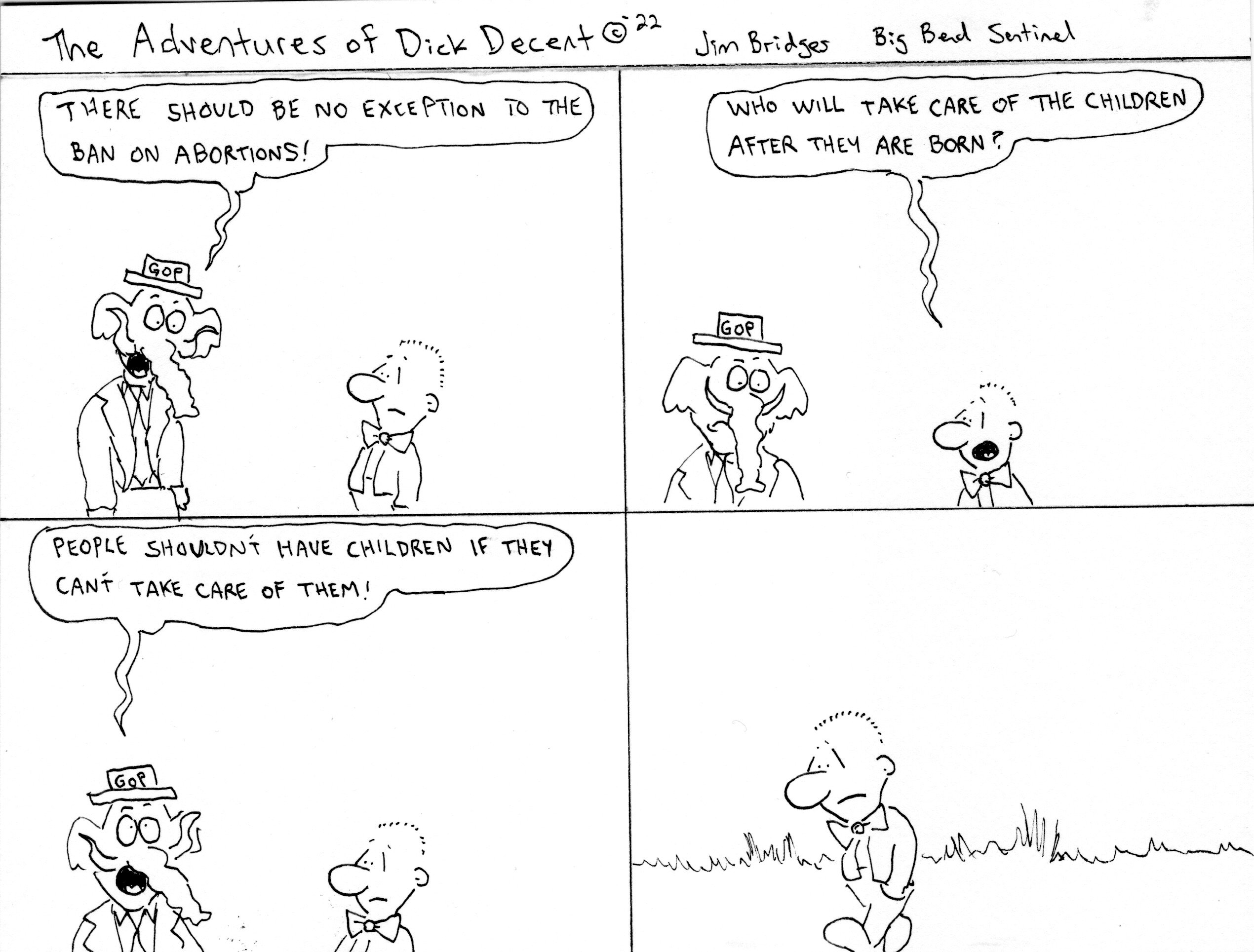 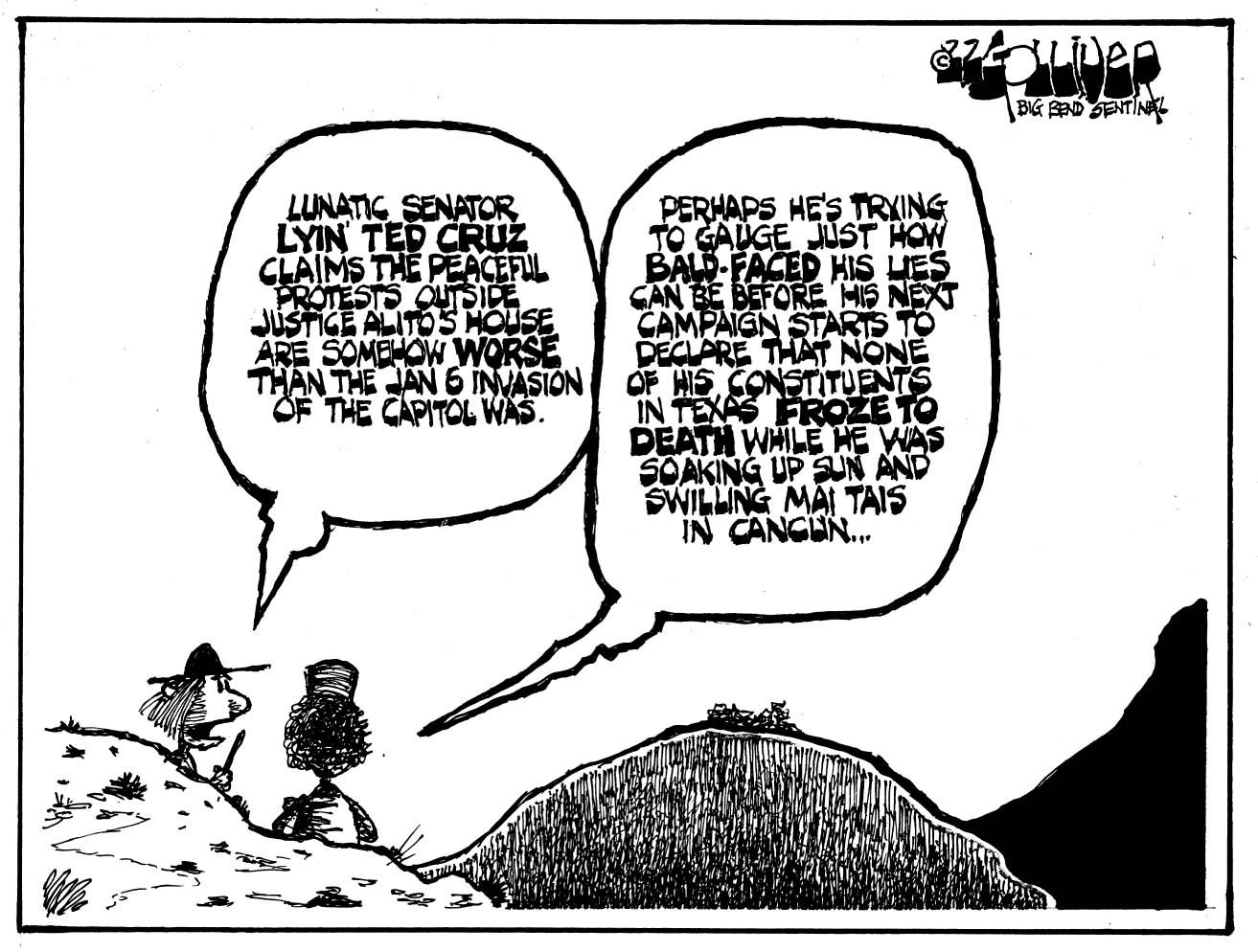