PRESIDIO – Presidio officials went straight to business with Texas Representative Alfonso “Poncho” Nevárez at his town hall meeting last Thursday in Presidio. Presidio City Administrator Jose Portillo and Mayor John Ferguson sought advice for issues pertaining to the Presidio Port of Entry while Nevárez ate a burger with onion rings from El Patio Restaurant. On August 8, Nevárez hosted a series of town hall meetings in Alpine, Marfa, Fort Davis and Presidio to listen to his District 74 constituents’ concerns and to discuss the work he did for this past 86th Legislative Session. In Presidio, Ferguson immediately started asking Nevárez about the wait times at the port of entry.

According to him and his wife, Lucy Ferguson, the Presidio High School band director, it can take three to four hours on a busy day to get through the Presidio/Ojinaga port of entry. Ferguson said walking through the port is generally pretty quick unless there’s a bus full of people who need to be processed. That can add an additional 30 minutes to an hour of waiting time.

Portillo has noticed the traffic has steadily increased in the last five years, with last year seeing three million people passing through. He attributes most of that to passenger traffic.

“I would say the vast majority are people that are vacationing, or traveling to visit family or vacation in Ojinaga and Chihuahua,” said Portillo.

There is currently one lane on both sides, and while Portillo said they don’t see a lot of commercial traffic, those trucks are affected as well.

“When bridge wait times are like two hours, those trucks are waiting in line just like everybody else,” said Ferguson.

To alleviate some of that traffic, Nevárez suggested they set up a Secure Electronic Network for Travelers Rapid Inspection (SENTRI) lane, which is essentially a fast pass for low-risk travelers into the U.S. through the port of entry. Portillo thinks that will be in the works once the bridge expansion project is complete. That project will add four lanes of traffic with two lanes in both directions. Texas Department of Transportation received a presidential permit that authorized the expansion in 2017 with construction starting on the U.S. side in March of last year.

Portillo shared with Nevárez the news he received earlier that day from a Border Patrol supervisor. Until recently, those detained at the port of entry were transported to El Paso, Sierra Blanca or other towns. However, Portillo learned that this will change on the last day of August. Instead, those detainees will be processed and released in Presidio. Portillo said U.S. Customs and Border Protection is averaging about 30 detainees per day and that is starting to increase.

Nevárez said that the city needs to start preparations by coordinating with local groups and churches to offer places to stay for at least two days, access to phones, transportation and basic toiletries, including backpacks and clothes.

“Get ready because it’s going to put a strain on your finances,” said Nevárez.

Though, Nevárez counter-argued that it’s a good problem for the city to have in the short term.

“It’s an opportunity to anybody to demonstrate their humanity,” said Nevárez. “I don’t care what anybody says. Those are people. They’re human beings and they’re running from something that we can’t even imagine.”

Nevárez brought up the need of a USDA inspector at the port of entry.

“We still don’t have a USDA appointee for our part of the state,” said Nevárez. “It’s a big deal.”

Portillo agreed because it affects Presidio as well. He told Nevárez that El Oasis Mennonite farming community in Ojinaga is 45 minutes from Presidio, but they have to travel hundreds of miles to the closest port of entry to get their produce inspected by a USDA inspector.

However, Portillo is also concerned with the potential traffic from the transmigrante community. He told Nevárez that they heard Presidio was one of the U.S. towns in consideration for diverting this type of traffic from the Los Indios Port of Entry. When a transmigrante, or a transient traveler, reaches a port of entry, they have to register and wait 72 hours before they can cross. That means they need food, a place to stay and a place to park.

“We think it could be an economic opportunity if we harness it,” said Portillo.

Portillo told Nevárez that he needs a little more data to prepare for not only the increase in traffic, but also the impact on the local infrastructure, such as medical services.

“We do know this. If we do nothing, it’s going to stress our resources,” said Portillo. 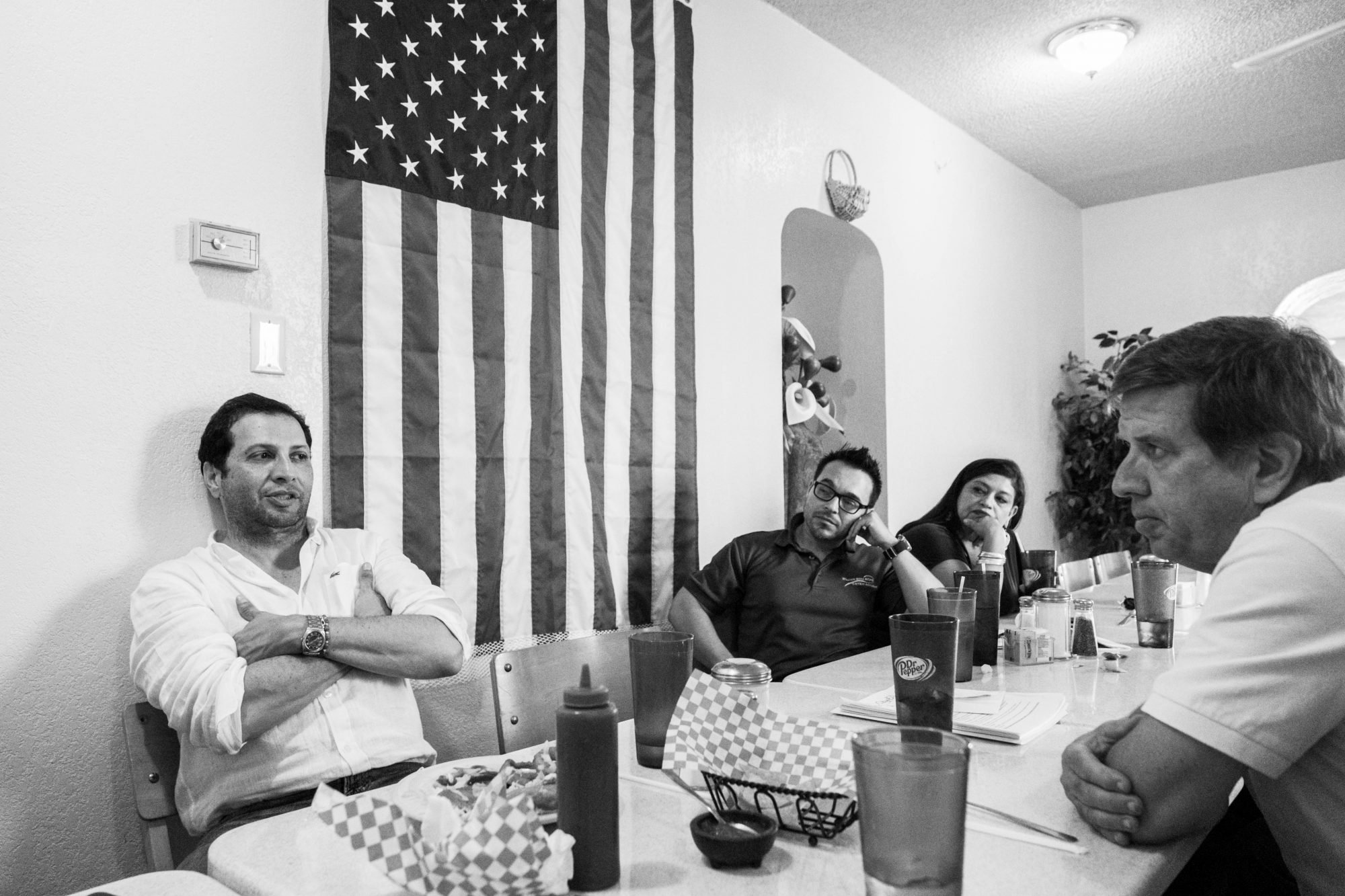