ALPINE — If your $100 bill has large Chinese characters on it, it’s not a real Benjamin.

That’s the word Alpine Police Department is trying to get out after police say they’ve found at least four fake $100 bills.

In a post on social media, Alpine police said they’ve responded to reports of fake money.

“Do not attempt to pass these fake notes,” police stated with the hashtag: “#fakemoney”

Police aren’t sure where the fake money is coming from. The first one showed up in Alpine last week, when a man tried to pass one at the Dollar General, police said.

That man contacted police himself after the store turned down the bill, and no criminal charges were filed, police said. Since then, residents have turned in three more fake banknotes.

Police suspect the circulating fakes are the result of a practical joke. “Somebody was just placing [the fake bills] strategically, to see who picked them up,” said Alpine Interim Police Chief Darrell Losoya.

In fact, these fake Chinese notes — which are reportedly used to practice counting U.S. currency — are something of a national intrigue. Just this year, they’ve shown up across the country, from the Appalachian Mountains to the Bay Area.

The Secret Service, which investigates counterfeit crimes, told The Big Bend Sentinel it was working to remove the bills from online stores and urged people to hand over fraudulent cash to authorities. In a statement, the agency warned that anyone trying to spend the fake money “should expect to be arrested for passing counterfeit.”

The Secret Service would not “confirm the existence or the status of an investigation” into the Alpine money, but said it “work[s] closely with our law enforcement partners.” It also suggests people “learn the security features that are found in our genuine currency.”

Lucky for Alpine residents, these fake bills aren’t too hard to spot. 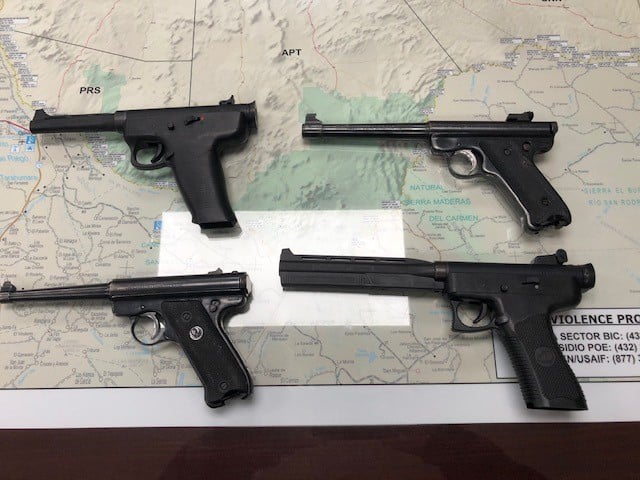