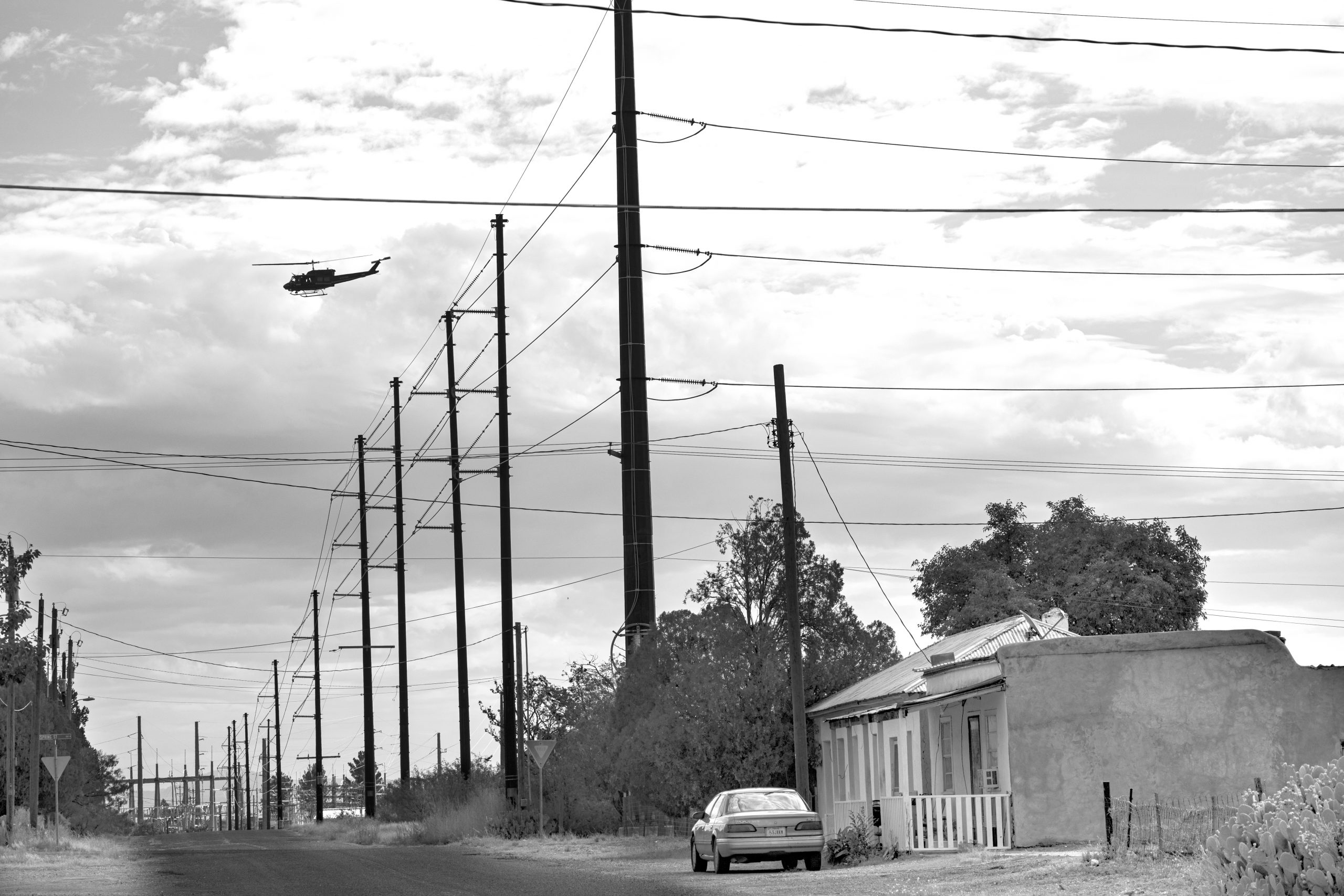 MARFA — A dramatic law-enforcement and Border Patrol operation through Marfa on Tuesday ended around 12:30 p.m. as authorities arrested at least 11 people, including 10 undocumented migrants and one person accused of harboring them.

But as a Customs and Border Protection helicopter swooped over neighborhoods and agents raced through town with their sirens on, Marfans were left largely in the dark about the events unfolding in their community.

At first, even Marfa Police Chief Steve Marquez did not know what was happening. In the morning, he started receiving calls about the helicopter — as well as calls from school officials — and asked Border Patrol what was going on.

Only then, he says, did he learn that authorities were looking for eleven suspects in Marfa. Some of the pursuit was happening right by the Marfa public schools, where Marquez has two kids.

“I’m hoping that we can work on our communication skills with Border Patrol,” Marquez said in a phone interview. “I understand they do their job, but if it’s involving the city, I’d like a heads up.” 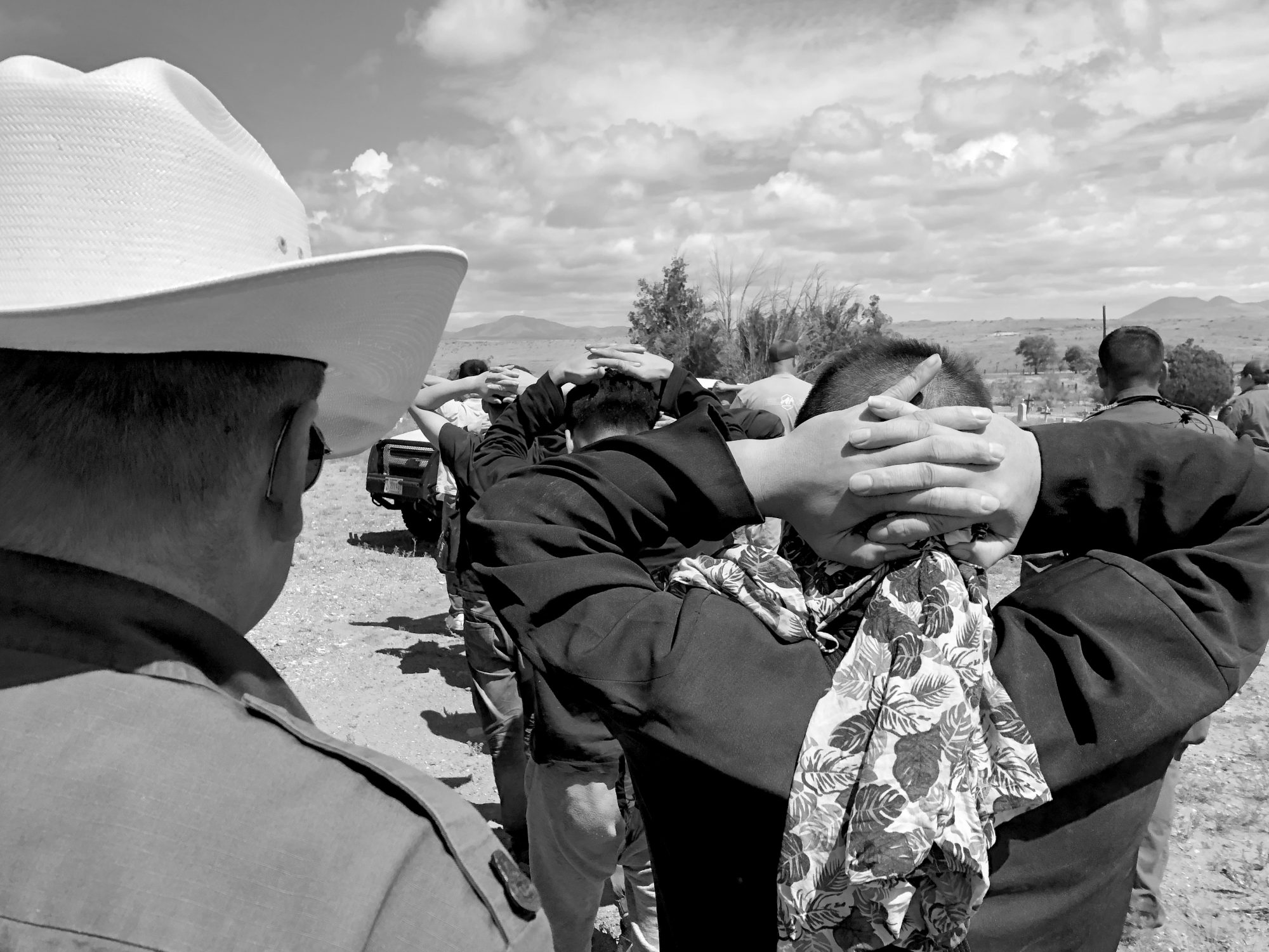 photo courtesy of US Border Patrol

At least five other agencies ultimately assisted the manhunt: the Marfa Police Department, the Texas Department of Public Safety, the Texas Game Wardens, and sheriff’s offices in Presidio and Brewster counties. The operation, the agency said, was a “prime example of the unity of effort” it has with local law-enforcement partners.

The multi-agency operation began after a Presidio County sheriff’s deputy attempted to stop a white GMC pickup truck but the driver “failed to yield,” according to the news release. He called for back-up around 11 a.m., authorities said.

That chase — the one that captivated Marfans for much of Tuesday morning — was initiated by the Presidio County Sheriff’s Office and not by Border Patrol, Sheriff Danny Dominguez said in a phone interview.

The deputy had initially attempted to stop the driver for speeding, according to Dominguez.

Around 11:30 a.m., as Marfa school officials finally learned about the situation, they placed the school on lockdown as a precautionary measure.

The lockdown lasted for over an hour, ending shortly after 12:30 p.m..

The suspected driver of the truck reportedly dropped off the 10 Chinese immigrants in the Marfa area, where they made it to the cemetery. Border Patrol agents followed footsteps near the cemetery and found the migrants hiding in a shack, according to the news release.

The Brewster County Sheriff’s Office later arrested the driver, who had fled eastbound into Brewster County, the sheriff’s office stated on social media.

The case is now being handled by Homeland Security Investigations.

In a phone interview Wednesday, Marfa Mayor Manuel “Manny” Baeza said he felt Border Patrol could have better communicated what was happening to local officials. “Communication is key,” he said.

Still, he said, officials had taken “the initial step” to get better and more timely information in the future.

Abbie Perrault contributed to this report.