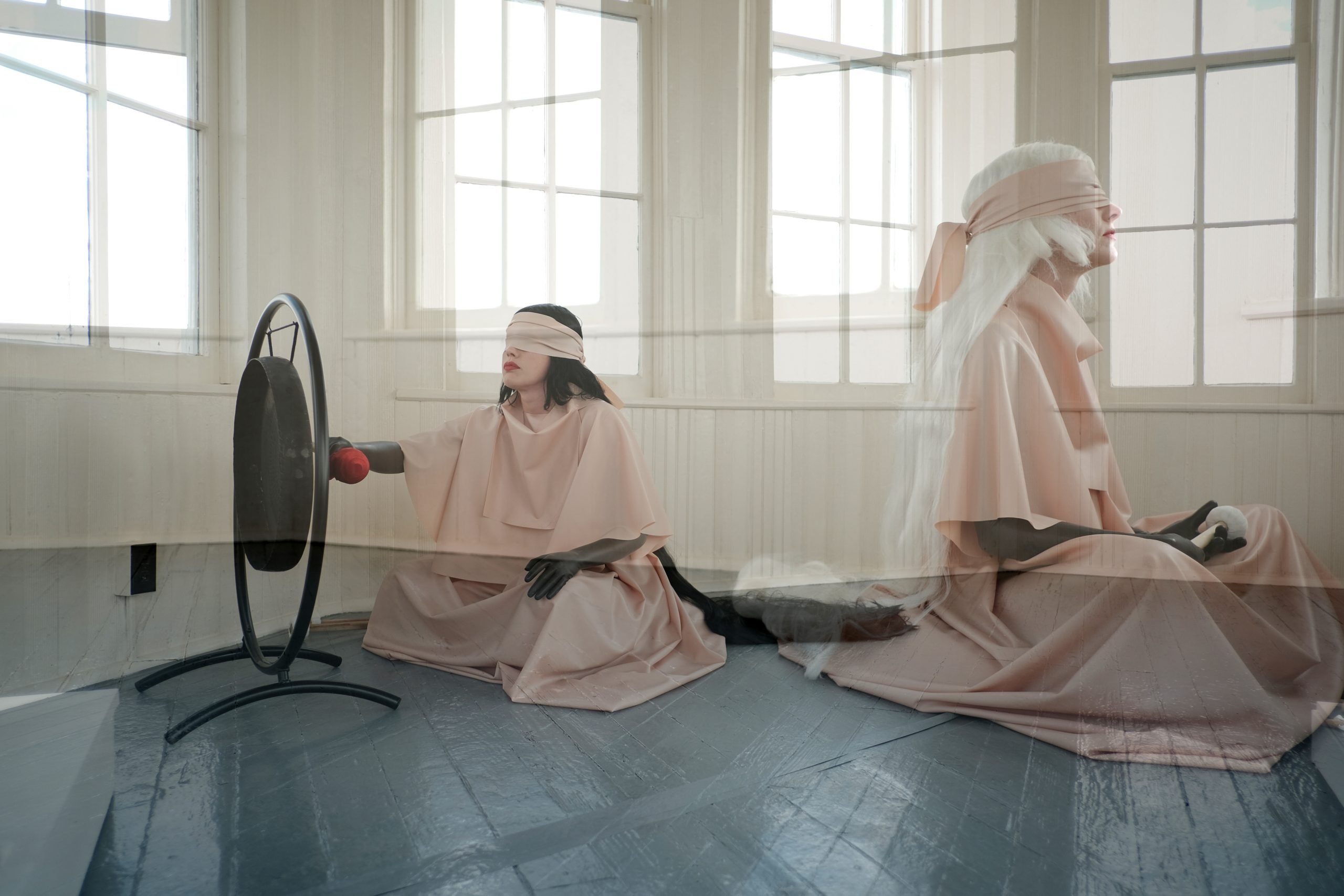 PRESIDIO COUNTY – In mythology, Lady Justice and her icons represent justice and equality. Her blindfold makes her an impartial judge, blind to the wealth and status that might otherwise skew her judgement.

kb Thomason and Ria Leigh, two people behind the collaborative art group Saint Profanus, were therefore surprised to learn that the ten foot statue of Lady Justice at the Presidio County Courthouse had been made without a blindfold. Over the years, her scales and sword have been lost or destroyed.

“We thought it was so potent,” Thomason told The Big Bend Sentinel. “The symbolism of Lady Justice having a blindfold — that was intentionally withheld.”

Last Saturday, Saint Profanus transformed Presidio County’s historic courthouse into the site-specific art installation Domina de Bardo. Visitors were invited to ascend through the building, guided into deeper questions about the justice system and settling into an uncomfortable feeling that chance controls our fate — perhaps more than we’d like to believe.

In Greek mythology, the Fates assign destinies to everyone at birth.This first Fate delivered viewers to the judge’s court, where a game of Lotería played on a television. “You’re playing for a blackout,” the guide said, before leaving the room.

But there would be no winners that night. Viewers did not realize that the game was rigged — that their fates had already been predetermined.

Domina de Bardo roughly translates to “lady of a liminal, or purgatory, state.” The creators chose a title in Latin — the language bridge between English and Spanish — to convey their message. And that decision also carries artistic weight, implicating Presidio County in its own history of segregation.

In preparation for the project, Thomason and Leigh visited the bank, the post office, the school and the nutrition center to collect oral histories from Marfa locals about the courthouse.

Some spoke about one Marfa story that has reached mythological status: that an angry criminal shot the scales right off the statue with his pistol, saying, “There’s no justice in Presidio County.” No historical records verified the story, and the stories varied greatly based on who told them.

At the nutrition center, the artists learned a troubling historical detail they say no county historian had mentioned: Older Hispanic residents couldn’t tell them about the courthouse, “because we weren’t allowed to go in,” as one woman put it. And so racial and ethnic injustice also became a theme creators realized they couldn’t ignore.

As visitors sat in the purgatorial waiting room and played Lotería, they also took a waiting number. When their number was called, visitors followed the next Fate to the anteroom of the cupola.

In the anteroom, visitors wound through a hall of mylar mirrors and intense red lighting that distorted the path forward. The maze of semi-reflective walls obscured visitors’ faces and features –– and some pulled out their phones to snap a selfie.

But those selfies would be distorted — a fact Leigh says was also by design.

“It’s specific to Marfa, this constant mirroring that we do for one another,” she said. “But it’s sort of warped. The mylar that we used [makes it] impossible to get a clear picture.”

Only as visitors were guided from the mirrored room to the final destination — the cupola — did they learn the grand reveal: Surveillance cameras had observed their every move through the maze of mylar.

The artists guessed — correctly — that social media would play a role in the second room.

“It’s this acceptance of voyeurism,” Thomason said. “If you have an Instagram, you’re accepting being watched, even if it’s a curated version. And this idea of you don’t really know who’s watching you at all times.”

For that reason, in the final stage, the third guide had visitors give up their phones. As visitors ascended to the cupola, they watched others unknowingly experience what they had just left behind.

The surveillance wasn’t just a metaphor for social media, though. It also related to the courthouse — the way the justice system uses surveillance as evidence. Thomason and Leigh referenced the ways individuals seek personal security by installing cameras in their homes and how closed circuit cameras observe the general public.

On either side of the cupola’s surveillance televisions were two seated women, placed in a formation that reflected the balance of scales. One had flowing white hair, and the other black. They wore identical flesh toned gowns and blindfolds.

The women were each seated before gongs, which visually mimicked the appearance of the scales Presidio’s Lady Justice lacked.

Years ago, county commissioners voted unanimously to not restore Lady Justice’s broken sword and missing scales, because “that’s the way people were used to seeing it,” historians told the artists.

“There’s just this acceptance of ‘That’s the way it is,’ which is something that comes up in our justice system all the time,” Thomason said.

In the cupola, situated on a stool against the wall, a man wept for four hours straight. His wails mingled with the resounding gongs. That too had symbolism.

“We needed a message for the project, and found a book with a parable. It was the image of a man who cries,” Thomason said. “It felt necessary on so many levels. This patriarchy that’s held justice together for so long is in full entropy now. Instead of grasping and keeping it together, what happens when you let that go and fall apart?”

Thomason spoke about the act of public weeping in modern day Presidio County, stating, “In this town, it’s not a practice. I feel like there’s a layer where we don’t share our emotions with each other. It’s not a customary practice as it was in ancient times to gather together and cry.

We interviewed the children in school about justice and 90 percent of the boys said Lady Justice’s scale is for fighting.”

The work addressed the entropy of justice, of the statue, and the gradual decay that time and humans bring to everything. Leigh added that the weeping man is “not necessarily the blank acceptance of ‘We’re not putting the scales back,’ but it’s where we’re at,” Leigh said. “We have to mourn the state we’re currently in.”

After the success of the first performance installation, Marfa Live Arts was invited to extend the installation elements of the work. An Encore: The Remnants of Domina de Bardo by Saint Profanus will open at the Presidio County Courthouse on Friday, September 27 from 8am to 8pm. 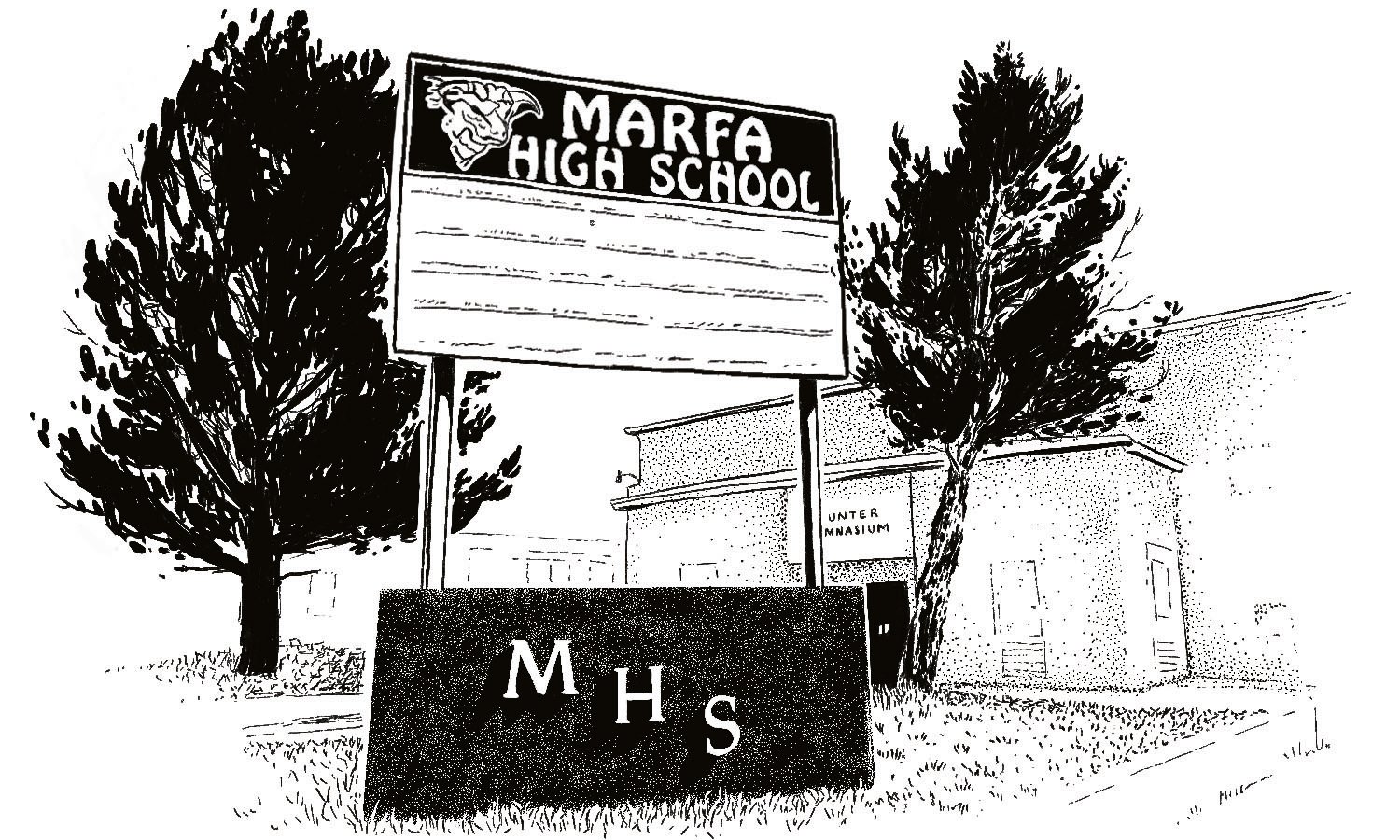 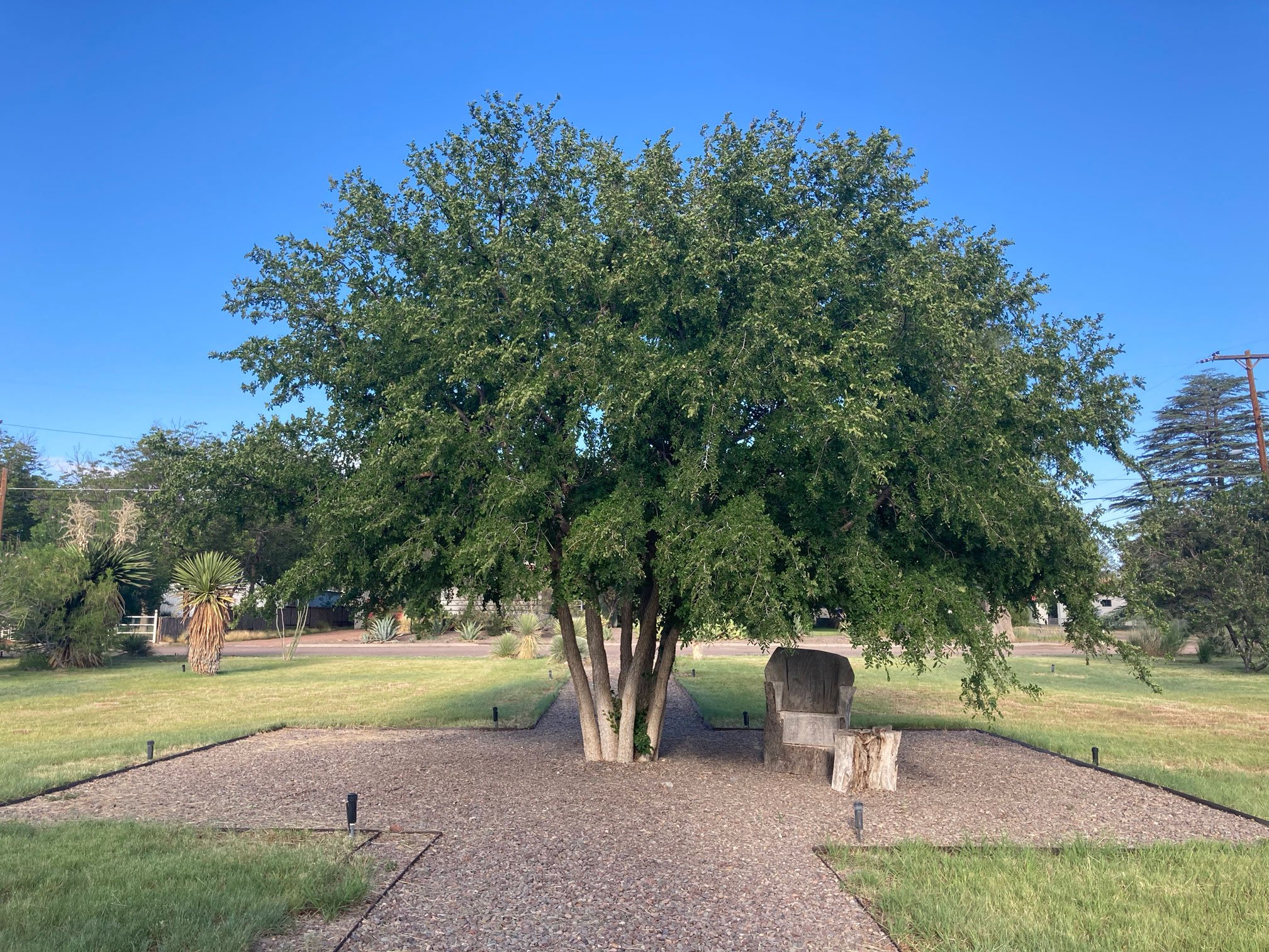