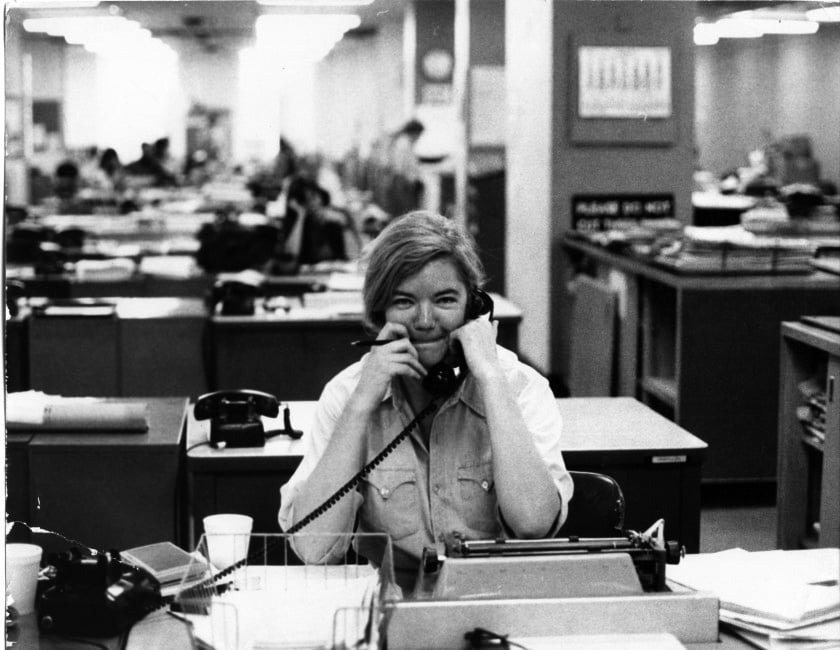 MARFA — She was a muckraker, a humorist and a gadfly who often took on the corrupt political establishment in Texas.

Molly Ivins died 12 years ago, but her legacy lives on as one of the most respected journalists to come out of the Lone Star state. She was an author and political commentator who could cut through political doublespeak with her quick wit.

Next week — Tuesday, October 8th at 8 p.m. — Crowley Theater will help celebrate Ivins’ legacy with a screening of “Raise Hell: The Life of Times of Molly Ivins,” an award-winning documentary that tells the story of Ivins’ life and rise to fame.

Released in August, the film was directed by Janice Engel and is being distributed by Magnolia Pictures. The Crowley Theater is showing it as part of the “in front of us film series.”

Carolyn Pfeiffer Bradshaw, a member of in front of us, described the gatherings as a “very informal” group that works under the umbrella of Marfa Live Arts and showcases films directed by women.

Molly Ivins wrote for the New York Times and the Washington Post, but she left her biggest mark in Texas, where she contributed to Texas Observer (and later served on its board) and commented frequently on state politics.

Even former President George W. Bush — who Ivins famously dubbed “Shrub” — released a statement on her passing in 2007, saying he “respected her convictions” and that “her quick wit and commitment will be missed.”

In this era of hyperpartisanship, organizers argue that Ivins — who earned respect on both sides of the aisle — could serve as an antidote.

The release of the Ivins film, Bradshaw said, “just happened to be at this time, when ironically it’s even more poignant,” but “Molly Ivins and what she stood for is valid anytime.”