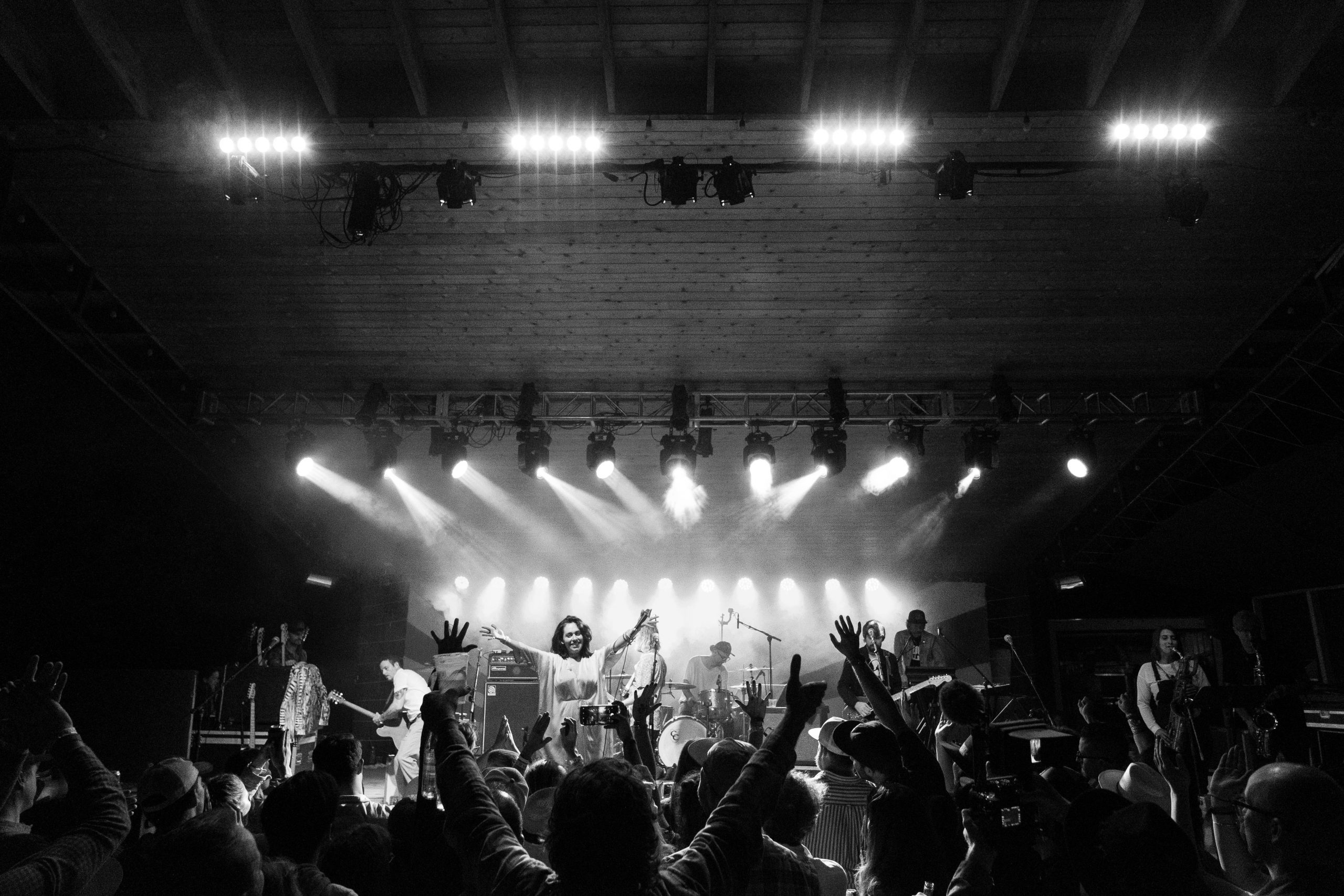 MARFA — Trans-Pecos Festival of Music + Love wrapped its 14th year of bringing music to the desert campground at El Cosmico. It was a hot, sunny weekend, but that didn’t deter people from enjoying the music. The crowd waited under the glaring sun at the stage for a good view of Canadian country singer, Orville Peck, who wore a black fringed mask during his performance. 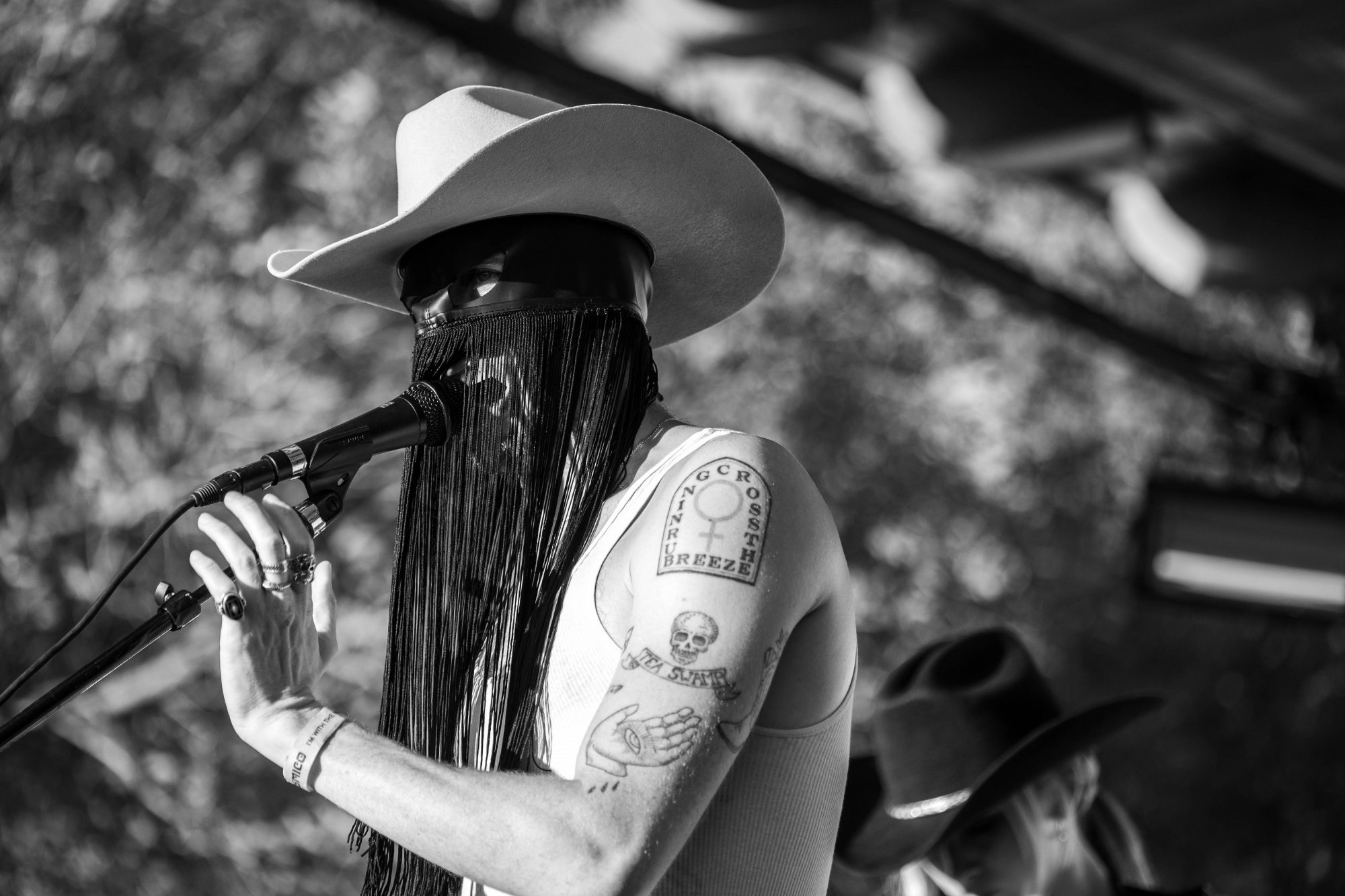 People attended the annual sandlot baseball game between Los Yonke Gallos de Marfa and Texas Playboys from Austin during peak sun hours on Saturday afternoon. Tiarra Girls’s lead singer, Tori Baltierra, sang the national anthem. Marfa Public Radio sold hot dogs and merch. What was missing this year was the “half-time” performance with dancing and the Marfa Shorthorn band. While the Playboys did win the game, 14-2, the Yonke Gallos had a few memorable plays such as stealing home from a single base hit.

This year’s festival took on a more personal West Texas touch as El Cosmico celebrated the late Boyd Elder, the legendary West Texas artist who passed away last year. Elder spent most of his life infused in the music scene through this art, and was most known for the painted skulls that adorn The Eagles’ album covers for One of These Nights, and Their Greatest Hits (1971-1975). He was also the caretaker for Ballroom Marfa’s Prada Marfa that stands west of Valentine.

Elder was memorialized on festival posters and t-shirts and also through the music.

Ross Cashiola played a song for Elder after he shared the brief story when Elder crashed Cashiola’s family vacation in Sicily last year. Cashiola was the only local act on the lineup and brought in fellow musicians and Marfa residents, Colt Miller, Joe Cashiola, Paul Ritacco, Rob Gungor and Pat Keesey, to kick off the last night of the music-filled weekend.

El Cosmico Family Band, an eclectic mix of musicians that always bring unexpected tunes and surprise guests, performed a tribute set with Texas Piano Man, Robert Ellis, leading the charge. Other musicians on the lineup, including Elizabeth Cook, Tift Merritt, Butch Walker, Kam Franklin of The Suffers, and Margo Price, hopped on stage, sometimes with lyric sheets in hand, to sing a song or two with Ellis and David Garza, a regular fixture at the festival. Garza has performed every year, whether or not he’s officially on the lineup.

Margo Price sang Linda Ronstadt’s “You’re No Good,” and St. Vincent made her annual Trans-Pecos appearance singing Joni Mitchell’s “Coyote.” The band closed with Butch Walker singing a song that Ellis said was a song they’ve always wanted to perform but were too scared to do it. Even though they admitted that they were still a bit scared, Walker told the crowd that if they were going to do something for Elder, it had to be a song from The Eagles.

“And I said, let’s just go ahead and make it the f—ing elephant in the room,” said Walker.

With that, Ellis started playing The Eagles’ most iconic song, “Hotel California,” and the crowd sang along. 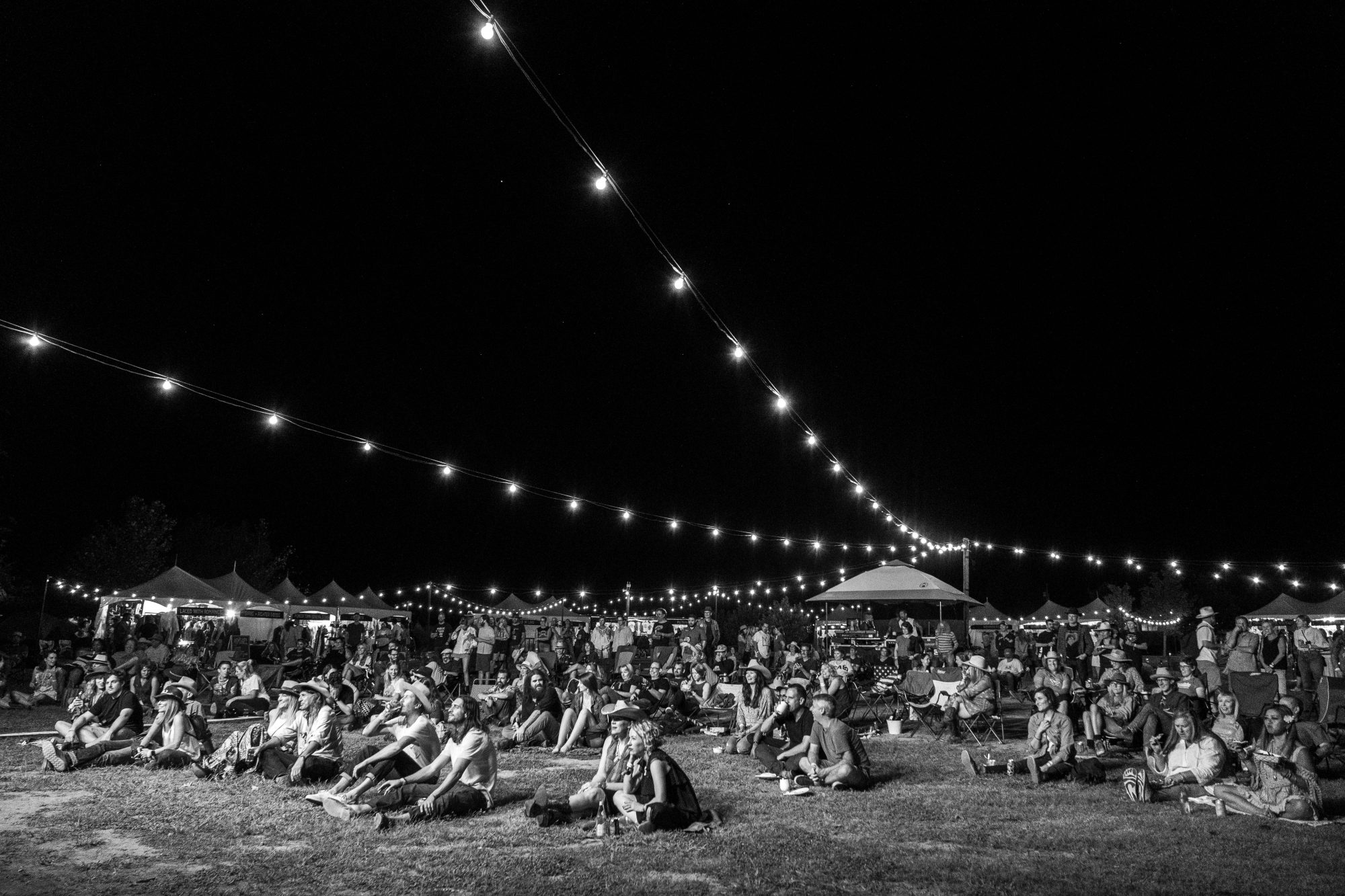 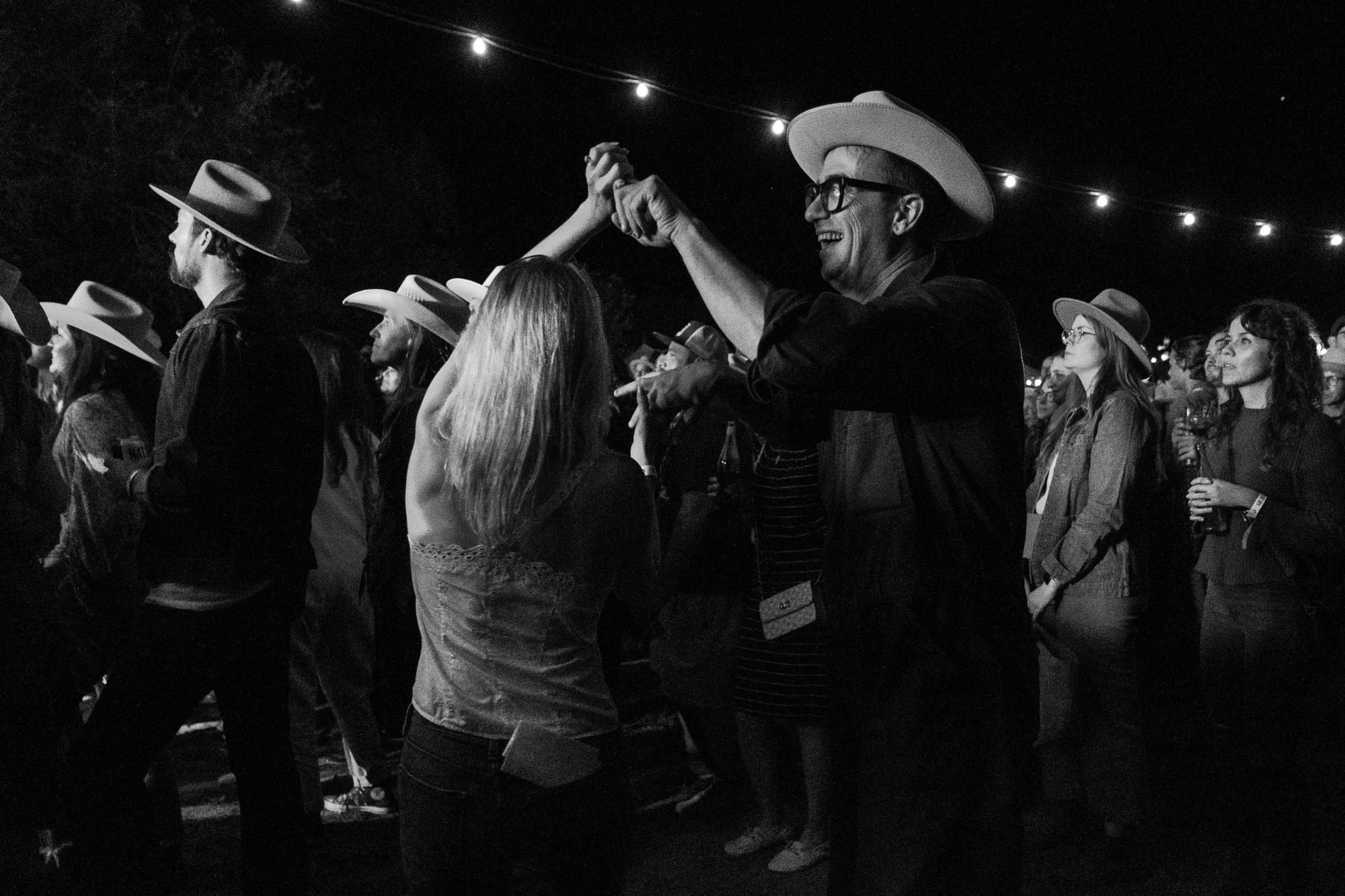 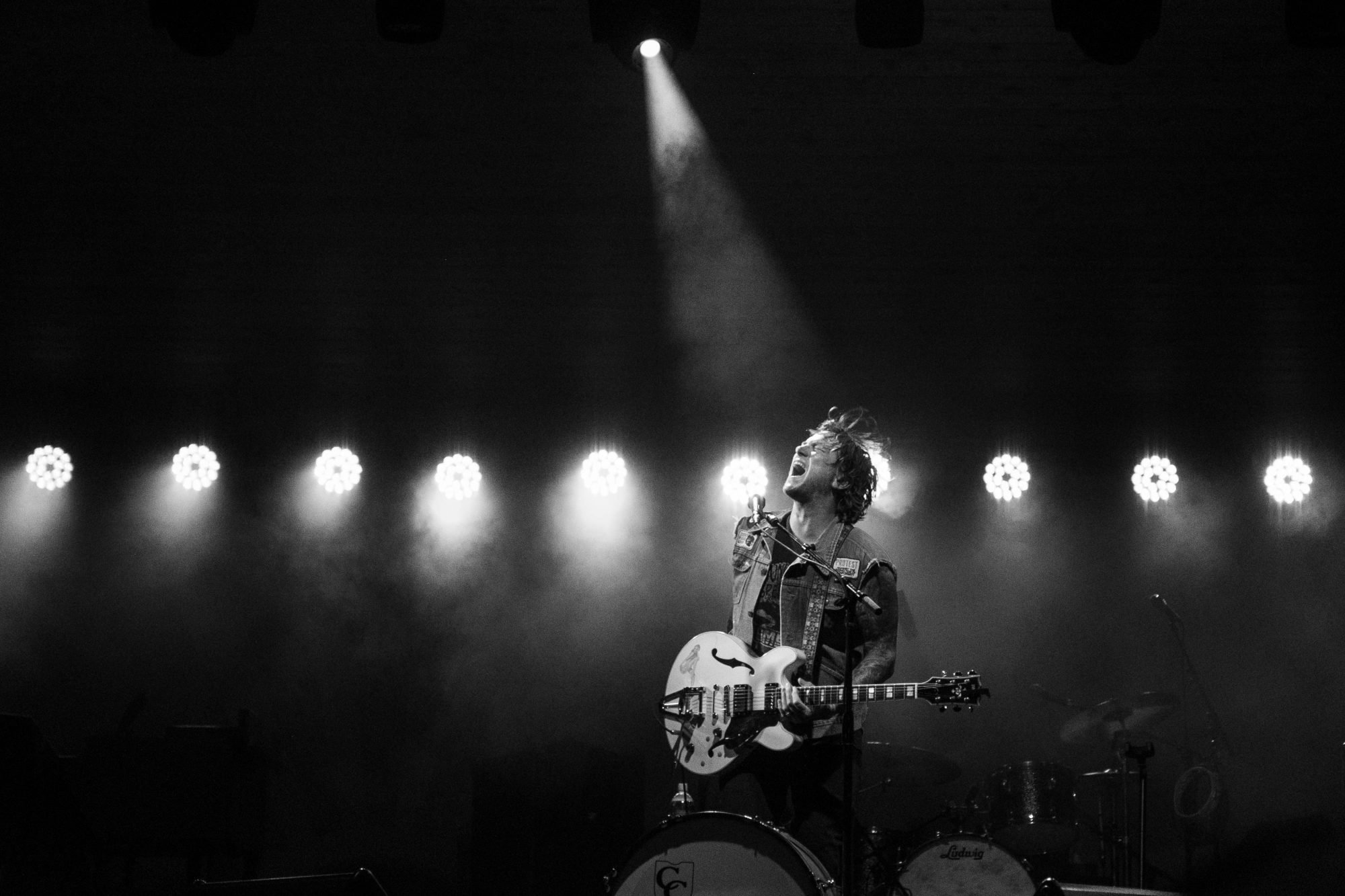