MARFA – Travelers from all over the world, including Martha Stewart, journeyed to Marfa for the 32nd annual Chinati Weekend, which celebrates Donald Judd’s work with open viewings, talks and a dance party.

Photo by Alex Marks, courtesy of the Chinati Foundation

It was a chilly start to the weekend as temps drastically dropped overnight. Despite the strong winds, art aficionados threw on some layers and visited as many galleries as they could fit in a few hours on Friday night during Made in Marfa.

The town was bustling with the new galleries and shops that have opened up in the past year. Wrong Marfa debuted its second location in the former The Big Bend Sentinel building on Highland Avenue. The exterior is reminiscent of the former newspaper’s location, but the pink floor and asterisk table inside convey Wrong’s style. 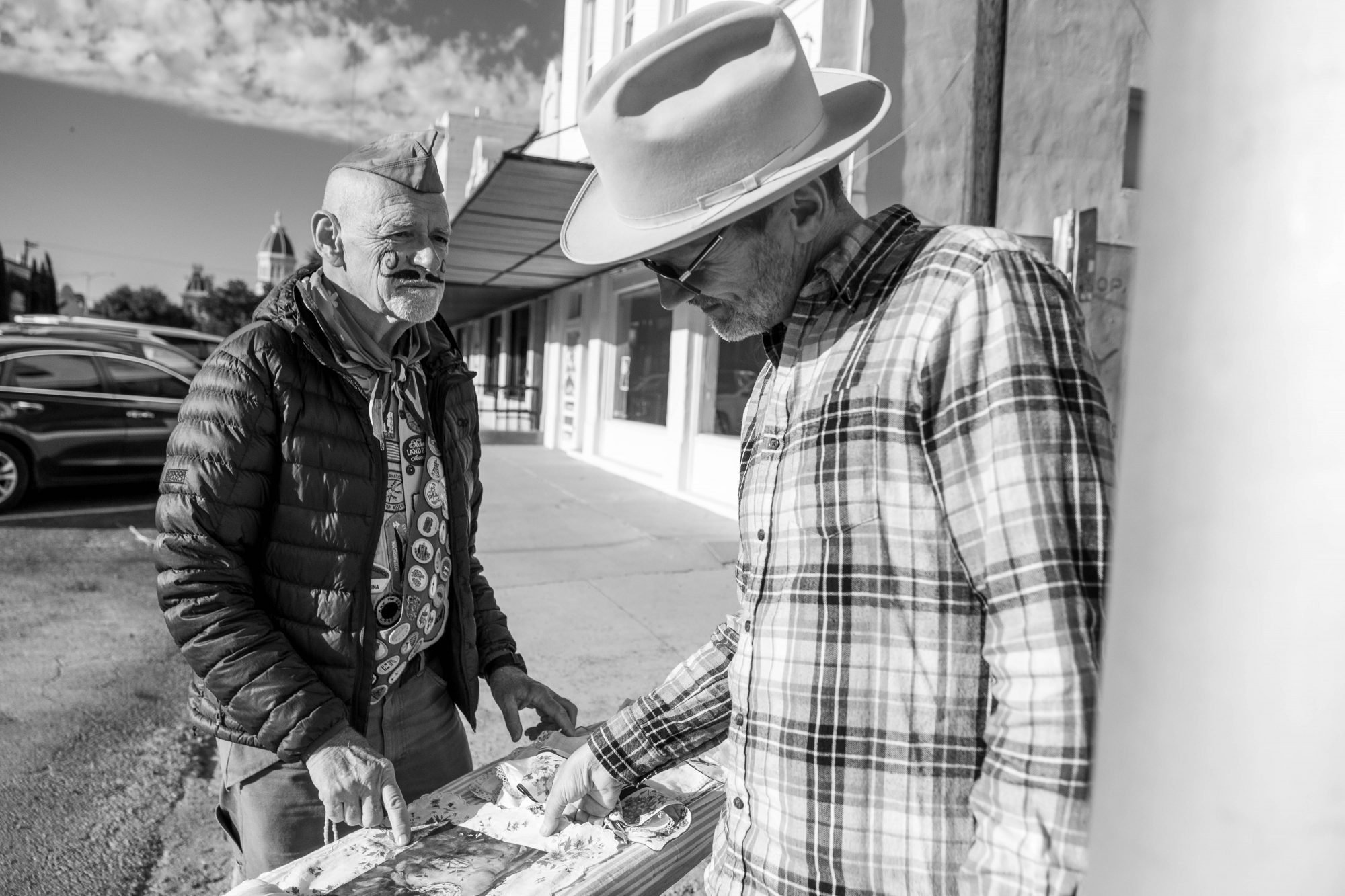 Street vendor Max Rada Dada traveled from Truth or Consequences to sell handkerchiefs with photos he printed on them this weekend.
Photo by Sarah M. Vasquez

Across the street, a few new galleries and shops at The Corner Building on Highland Avenue and Texas Street hosted openings as well.

The wind let up for the rest of the weekend, and a sunny Saturday afternoon offered a brief reprieve from the chilly weather to visit more galleries and to take in the town. After the benefit dinner, people danced Saturday night to the DJ set from the Ladies of LCD Soundsystem, Gavin Rayna Russom and Nancy Whang, which made waking up for the sunrise viewing at the Chinati Foundation the next morning a bit painful for late-night revelers. 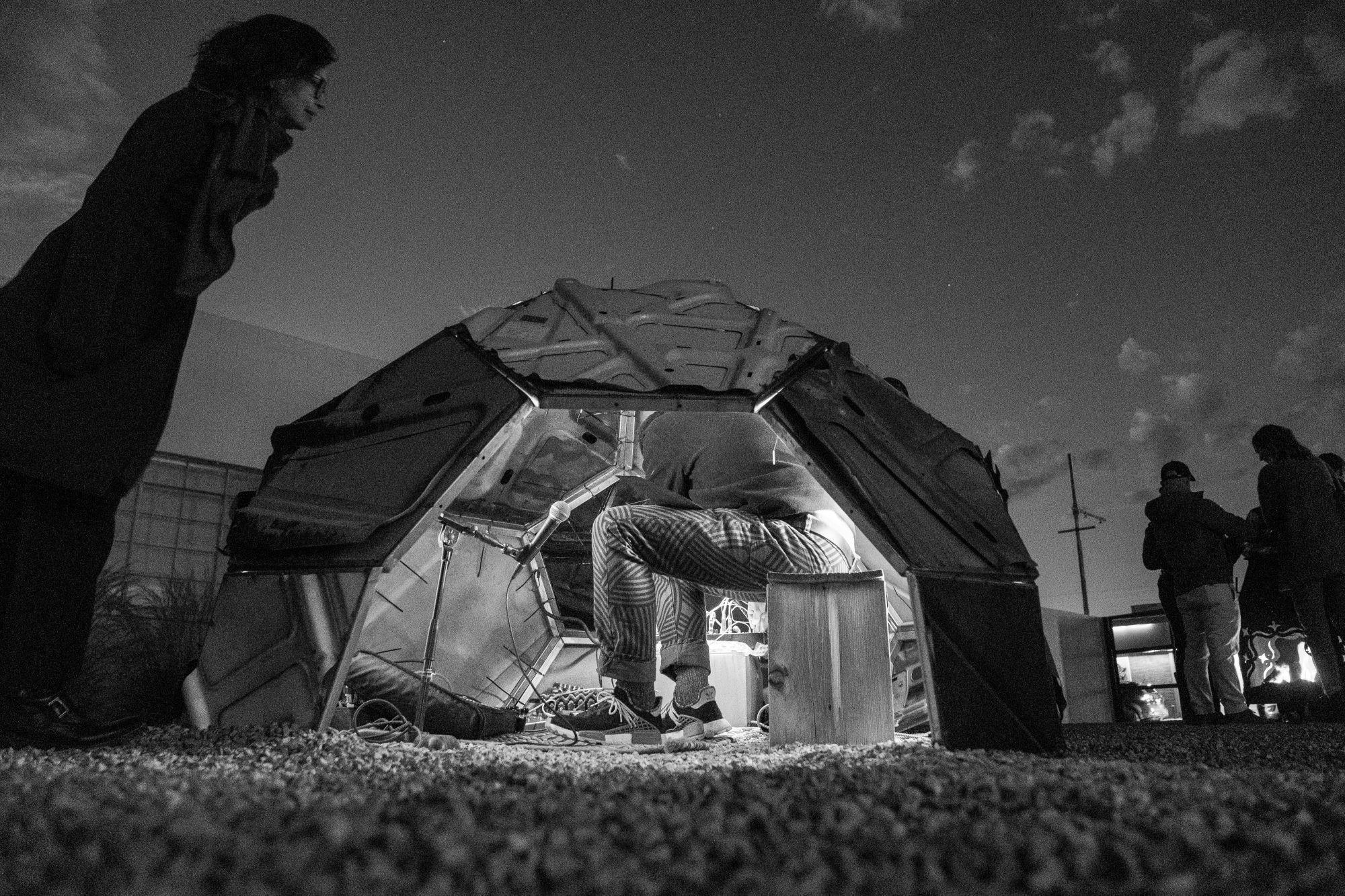 Musician Gryphon Rue performed inside one of the structures at Ballroom Marfa’s courtyard during Made in Marfa.
Photo by Sarah M. Vasquez

Chinati Weekend wrapped on Sunday night with a viewing of Solange’s visual album, “When I Get Home,” inside the Arena. The film was partially filmed in Marfa in October 2017 after Solange performed at that year’s Chinati Weekend, coincidentally closing the weekend out.