Chief Marquez reflects back on two years of Marfa PD

Marfa Chief of Police Steve Marquez greets students alongside school administration and other Marfa Police officers on the first day of school earlier this year. October 23 marked the second anniversary of the reconstituted police department. photos by Maisie Crow
Subscribe

MARFA — Steve Marquez always wanted to work in law enforcement, but he wasn’t sure where to begin.

After graduating from Marfa High School in 2001, Marquez, 37, worked odd jobs in the area, serving in the Radio Shack and sporting goods sections of the True Value in Alpine. His first big break came around 2008, when he was hired as a dispatcher for the Presidio County Sheriff’s Office.

Marquez worked his way up to a jailer but decided he wanted to help from the other side of the radio. He decided to run for Precinct 1 Constable, assuming he wouldn’t get the job but figuring it didn’t hurt to run. To his delight, residents elected him. He assumed the role in 2013.

Six years later, Marquez is now the first police chief of the new Marfa Police Department, which was reconstituted in 2017. Yesterday, October 23, will mark the second-year anniversary of their first police patrols in Marfa.

Fate, it seems, just wouldn’t let Marquez leave Marfa. He’d already applied for a job at the Hutto Police Department near Austin when he heard the Marfa Police Department was re-forming and looking for a chief. “A couple people said, ‘Why don’t you just throw your name in the hat?’” Marquez said.

He did — and City Council soon offered him the job. Getting to serve as police chief in his hometown is both amazing and a way to give back, he said.

“Everybody knows me here,” he added. “The original locals watched me grow up.”

The original Marfa Police Department disbanded in 2009, with the Presidio County Sheriff’s Office taking over some municipal duties. Dan Dunlap, then the mayor, said at the time that the move was about “consolidating our resources” — promising more than adequate law enforcement on the street.

When the police department reformed in 2017, Marquez said that things were kind of rocky at first — particularly when it came to traffic violations. “It had been a while since traffic ordinances were enforced,” he said.

Some citizens initially pushed back against the department’s traffic enforcement, complaining at council meetings that it would negatively affect tourism if too many tickets were handed out.

Marquez listened. The department adopted a policy that allowed for more warnings. The chief focused on community outreach, often having officers educate motorists about traffic violations rather than just writing them tickets. “As time went by, things got better,” he said. “We were able to build a foundation on communication.”

Besides traffic, Marquez said he focused on child abuse and sexual assault cases, which he said had been somewhat overlooked. “This last year, we’ve been emphasizing a lot of our training on how to speak to victims that have been sexually assaulted,” he said. “We try to give anyone that’s been going through any situation a voice.”

Going forward, he wants to keep building up the department’s community relations skills, including at the school, where he’s working on initiatives to talk to kids about bullying, drugs and other risks.

At the request of one MISD student, Marquez and his officers attended the first day of school this year. Standing outside the cafeteria to greet every student who arrived, Marquez and two of his officers gave out high fives, handshakes and hugs to students on their first day back. 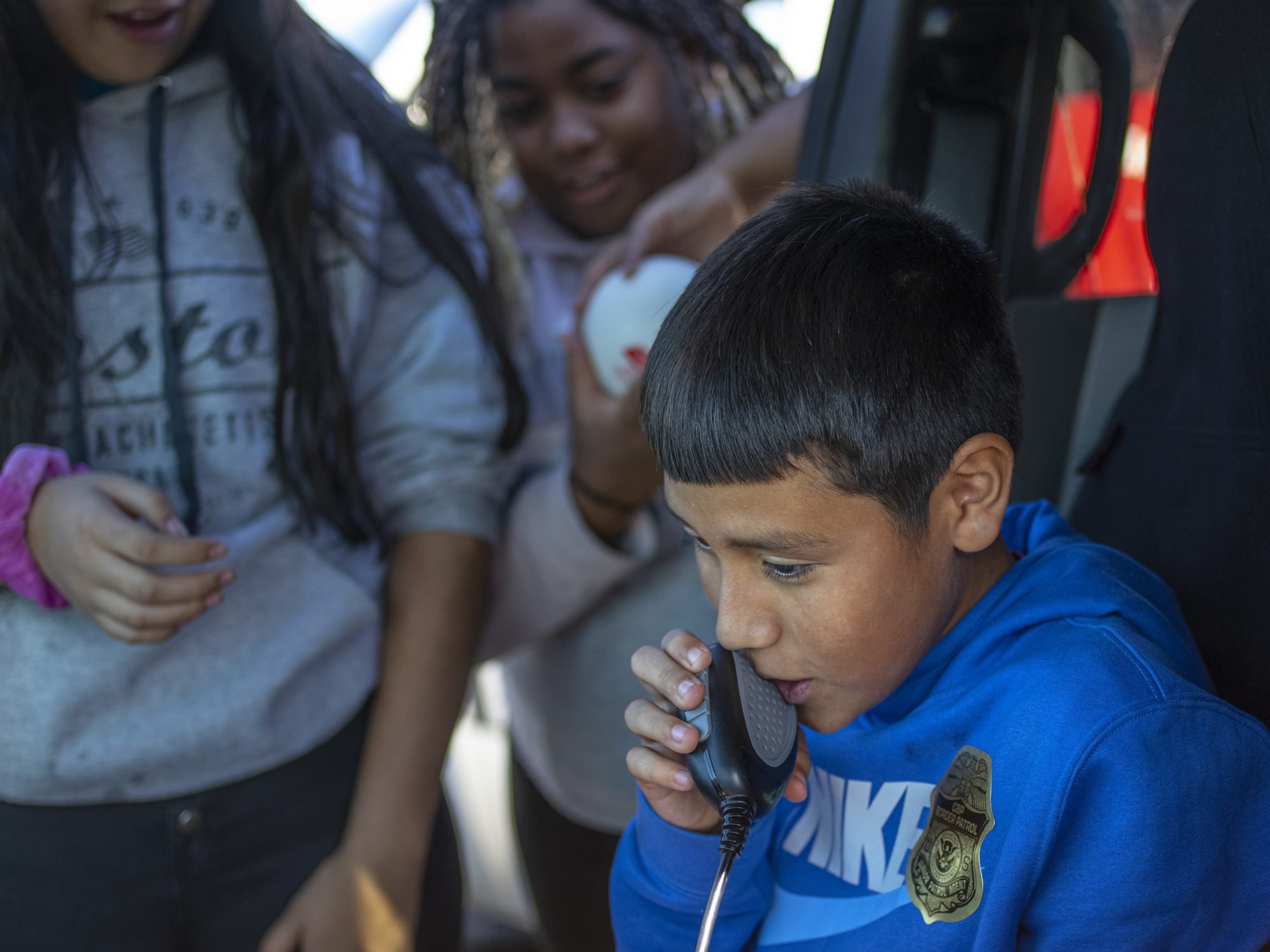 On the police department’s two-year anniversary, Marquez thinks his officers are doing well. Still, he said, “there’s always room for improvement in terms of relations and trust and things like that.”

He hopes that his efforts at transparency and communication have been received well by the community.

“Here in our town, Marfa, we belong to the people. We’re their police,” he said. “If they have issues, if they have problems, our door is always open.”