$3 million grant awarded to City of Presidio for water infrastructure 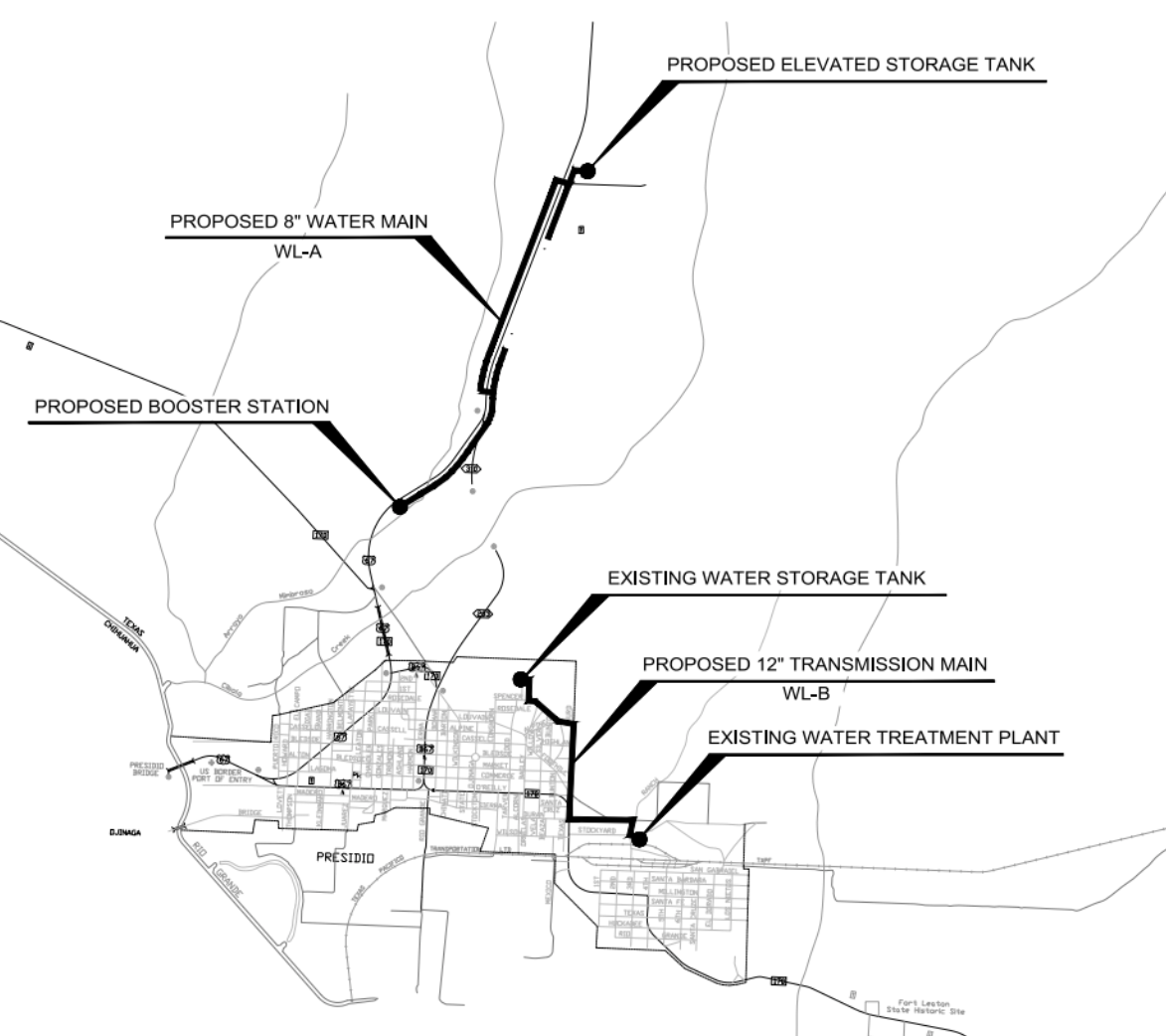 PRESIDIO – The city of Presidio is receiving a $3 million grant from the Border Environmental Infrastructure Fund, funded by the U.S. Environmental Protection Agency and administered by the North American Development Bank to improve the drinking water systems in Presidio.

The NADB board of directors approved the investments during their semi-annual public meeting in San Antonio last Thursday. In addition to the grant, the city was also awarded a loan from NADB of up to $800,000 for the project.

The project will provide increased access to potable water by extending water lines along Highway 67 and by making improvements to the existing water distribution system to help reduce water losses. The plan is to construct a new water line along 67, and another between the current treatment tank near the high school and the water standpipe on the hill.

According to information provided by NADB, the project will “improve water service reliability for 4,000 residents by eliminating line breaks that can lead to contamination of the water supply, as well as preventing at least 160,000 gallons a day in water losses from the distribution system.”

City Administrator Joe Portillo told The Big Bend Sentinel during the project’s development process that the city is projecting future growth in South Presidio County and wants to be able to provide water utilities as the region expands. Portillo and Sen. Jose Rodriguez both attended the meeting last week when the funding was awarded.

If all goes according to the project plan, water will flow up 67, halfway to the Presidio Lely Airport, Portillo said. Twelve residences along 67 will get services for the first time.

Procurement for the project is projected to begin in the first quarter of 2020, with construction estimated to last 12 months.

The bank previously invested a significant amount of money to explore the project, including a $90,040 facility plan, $65,497.46 on a water audit, $29,640 to revise the scope and $40,994.80 for a biological survey. As part of the bank’s mandate, all projects they take on must “have an environmental certification with a proven environmental benefit,” according to NADB Director of Public Affairs Jesse Hereford.

The bank’s “water audit” of Presidio researched the city’s entire water system. In its investigation, they found that water storage is not the main issue Presidio faces. Instead, they determined that unmanaged pressure in the system is frequently causing pipes to break and spill water into the ground, rather than deliver it to Presidio residents. The city is not able to sustainably deliver water because of this, the bank’s report stated. The project will fix the water pressure problems.

“1,750 is the number of residential customers in Presidio who will benefit from the transmission line between the two storage tanks. Current operations require high pressures throughout the distribution system to fill the upper storage tank. This results in water losses especially from line breaks, which also cause service interruptions and create a contamination risks. The dedicated transmission line between tanks will lead to reduced water pressures and will be a major step in the city’s quest to improve service reliability,” Hereford added.

The board of directors of the North American Development Bank announced the approval of $168 million in loan and grant financing for seven new projects in the sectors of water and renewable energy that will benefit more than 1.23 million residents in communities on both sides of the U.S.-Mexico border. The Board also appointed Dr. Calixto Mateos-Hanel as managing director of the NADB. Dr. Mateos-Hanel will serve in this capacity through December 31, 2023.

NADB is a financial institution established and capitalized in equal parts by the United States and Mexico for the purpose of financing environmental infrastructure projects along their common border. The bank is working to develop environmentally and financially sustainable projects with broad community support in a framework of close cooperation and coordination between Mexico and the United States. 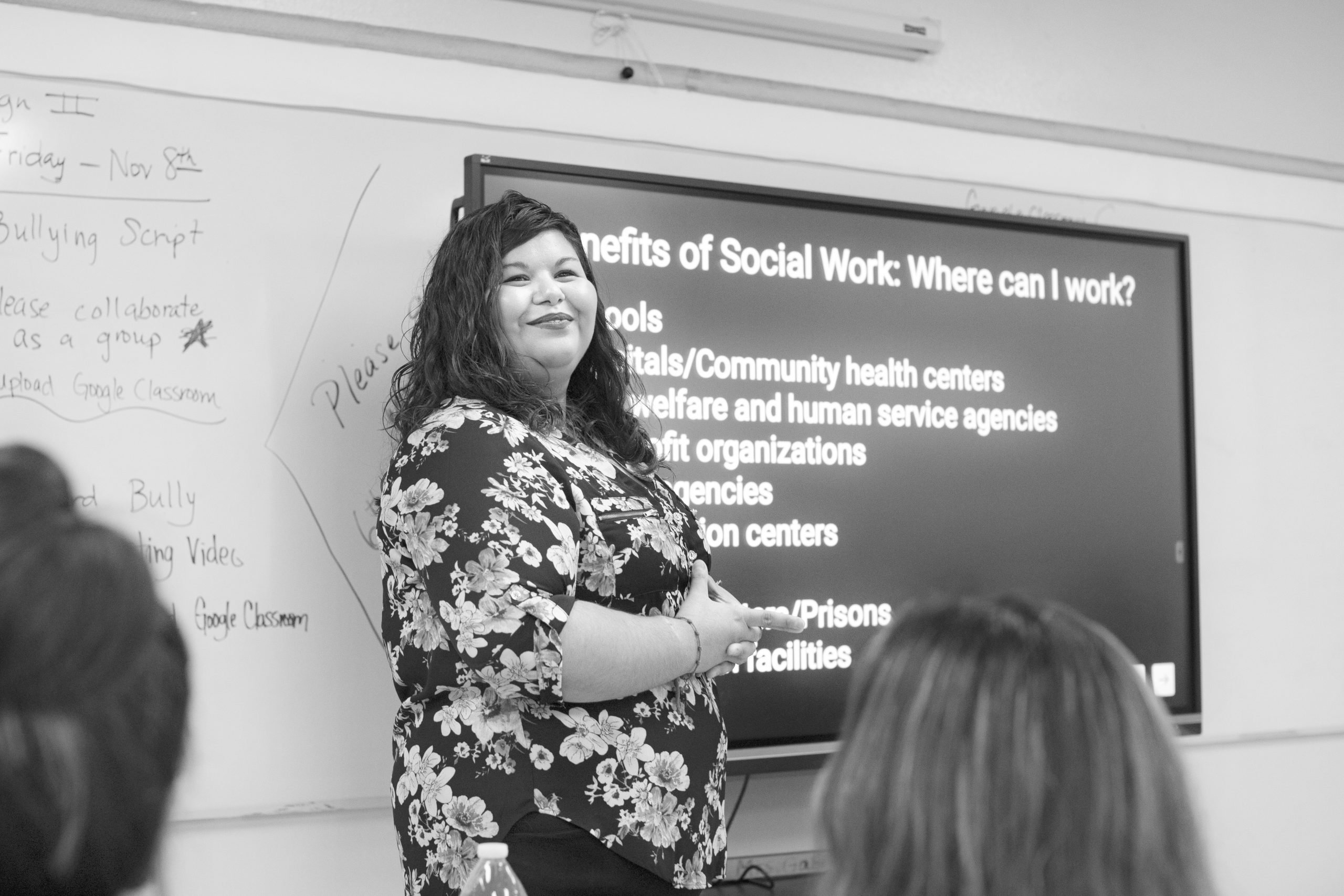