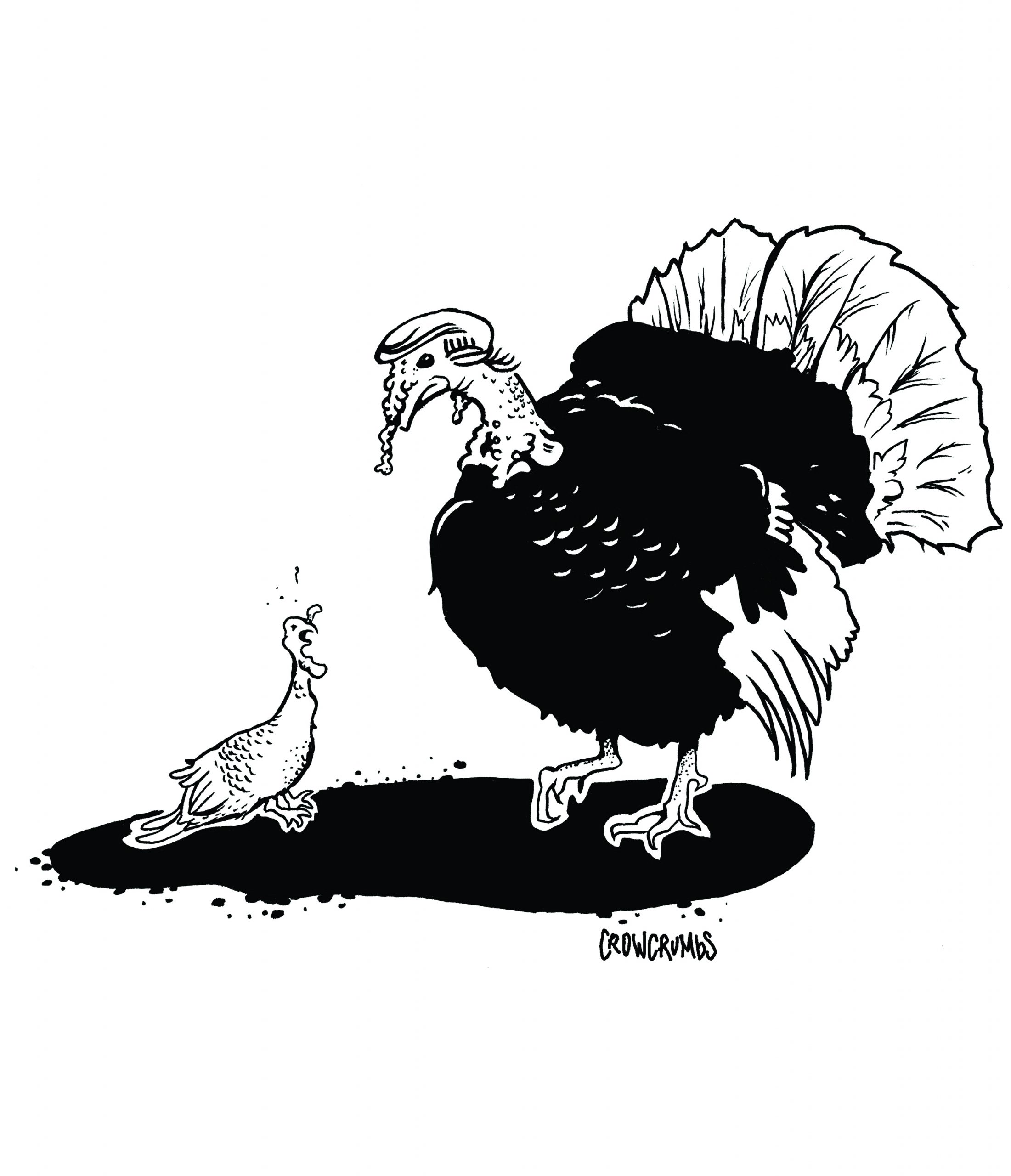 Everybody knows the story of Founding Father Ben Franklin and his animosity toward the idea of a bald eagle becoming the symbol of the newly formed United States of America. The story is told every Thanksgiving and the story is wrong. Ole Ben lauded the character of the wild turkey and defamed the characteristics of the bald eagle. About the majestic-looking bald eagle, he said, “Bald Eagle…is a Bird of bad moral Character. He does not get his Living honestly…[he] is too lazy to fish for himself.” About the wild turkey he said: “A much more respectable Bird, and withal a true original Native of America…He is besides, though a little vain & silly, a Bird of Courage.” There is no written record that he ever lobbied for any bird to be made our national symbol.

The wild turkey still exists. It is a fast-moving, low flying bird that is wily enough to be a worthy adversary of skilled hunters. Ole Ben would be disappointed if he could see the modern domesticated turkey. The creature has been bred to have large breasts and large thighs, and the animal is so slow of whit that “turkey” has come to mean stupid and inept. The only way it could fly is with an airline ticket.

I have come to believe that President Tweet might be a domesticated politician. As a graduate of the University of Texas, I have long hypothesized that graduates of Texas Agriculture and Mechanical College (Texas A&M), should not be offered turkey at Thanksgiving because it would be cannibalism.

In recent years, deep-frying the turkey has become the rage, and the bane of many fire departments. The two main reasons for this problem is that people do not realize that when you dump a 20 pound frozen turkey into a large kettle of hot oil, bad things tend to happen. Also, people forget that if the kettle is nearly full, the volume of oil displaced will equal that of the turkey, and when the oil hits the flame, you better have your fire insurance paid up.

Shortly after discovering that he could get cheap electricity from a lightning strike, Ole Ben attempted to roast a turkey by directing a lightning strike through wires wrapped around the bird. After nearly being killed, Ole Ben never tried this trick again. This bit of history is no joke, but here are a few Thanksgiving dinner jokes that are as lame as the domestic turkey.

#1 – Thanksgiving dinners take 18 hours to prepare. They are consumed in 12 minutes. Half-times take 12 minutes. This is not coincidence.

#2 – My family told me to stop telling Thanksgiving jokes …

… but I told them I couldn’t quit “cold turkey.”

Forget Plymouth Rock. Forget turkey dinner at Plymouth Rock because most historians have agreed their dinner was mostly comprised of ducks, oysters and fish. The first Thanksgiving meal recorded in North America was in San Elizario in 1598, a community near El Paso – 23 years before the pilgrims’ feast. Juan de Onate is said to have held a big Thanksgiving festival after leading hundreds of settlers on a grueling 350-mile long trek across the Mexican desert.

Recently, two Argentina federal courts declared that an abused orangutan and abused chimpanzee were “non-human persons.” Each were sent to an animal sanctuary where they will live in comfort until the end of their days. Don’t worry about chickens or turkeys because, as our science books tell us, modern fowl are all descendants of dinosaurs, and dinosaurs would have eaten us without regret.