Questions loom about the future of Marfa’s recycling 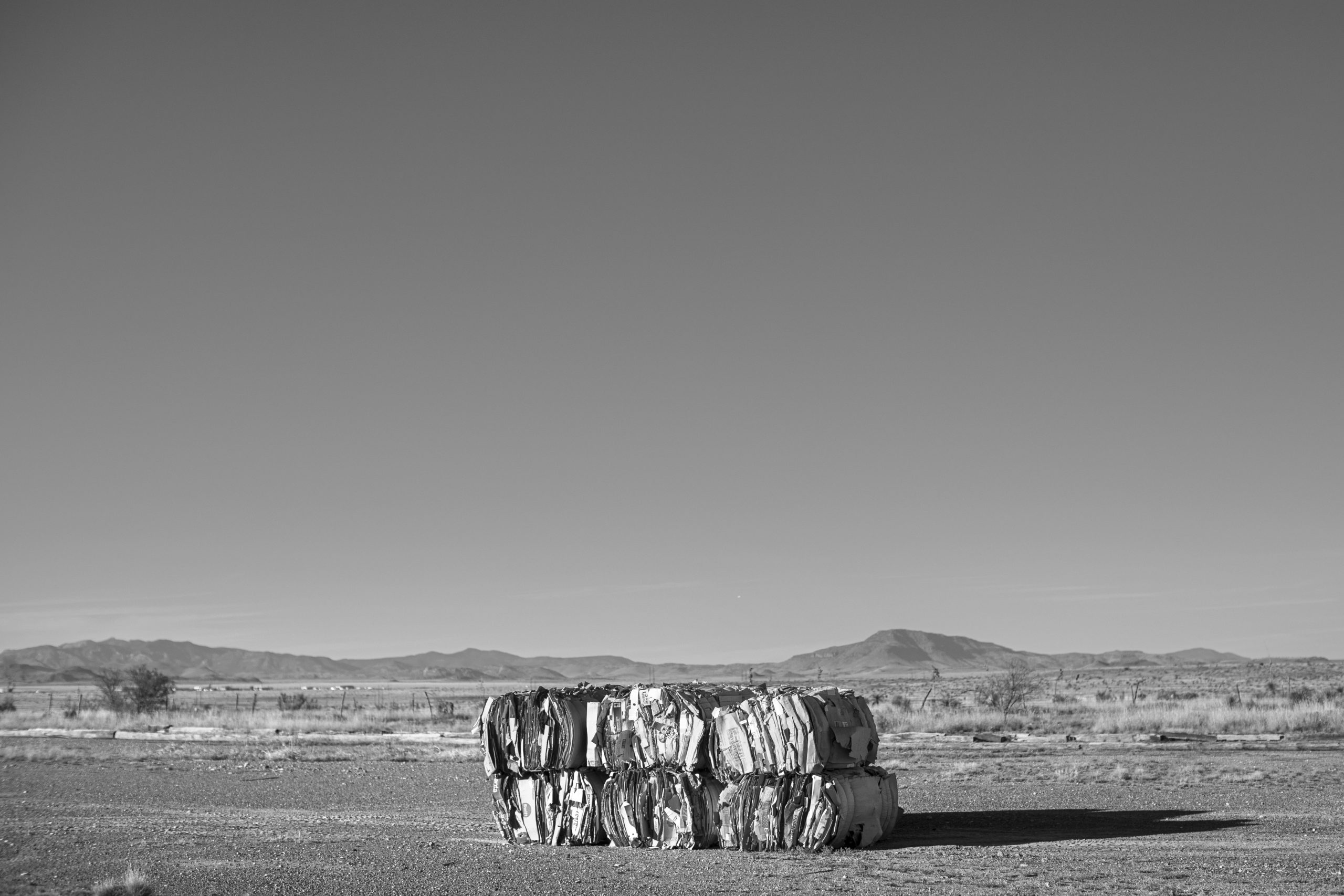 Six of the sixty bales that are sitting at the Marfa recycling center on Golf Course Road. Due to changes in the industry, Marfa’s cardboard is currently not valuable enough to be collected, and city employees are searching for answers. (photo by Maisie Crow)
Subscribe

MARFA – City of Marfa employee Richard Villareal says the city recycling program is at a crossroads. “We’ve got 60 bales of cardboard, and they’re not being picked up, which is why we temporarily halted city pickup.”

The recycling program has removed its cardboard collection dumpsters from city streets until further notice, due to the shifting global economy of recycling.

Their regular collector, Butts Recycling, has pulled back its operations significantly, and currently cannot afford to buy recycled goods from the city of Marfa.

Ivy Joiner from Butts Recycling says their company has struggled along with the overall recycling industry for nearly a year now. The firm previously retrieved recyclables from Marfa, hauling cardboard and plastics to their hub in San Angelo.

Joiner said, “It’s the global recycling economy. Plastics, cardboard, just everything changed. It’s hard to ship, it’s hard to move, the price is extremely low. Just everything about it has changed.”

While the profit margin on recycling has shrunk dramatically, Marfa in particular has struggled because of its remote location. Joiner says, “It’s extremely far, so then you also have fuel costs.”

Now the company has halted all pickups unless the city pays Butts Recycling to take recycled goods away.

“Some bales have been here for four months,” Villareal explained, gesturing to a mountain of bundled cardboard stacks piled at the city recycling center at the end of Golf Course Road. For now, Villareal hopes to cover all the bales with tarp, because the stacks are otherwise susceptible to deterioration from wind and rain.

Villareal says, “There’s no date, no idea how long it’s going to be until they pick up from us. If and when they decide it’s profitable to pick us up, will they take our surplus?”

Code Enforcement Officer and former recycling center employee Christina Pryor says there’s a ray of hope still. “There’s an organization called Keep Texas Beautiful who is going to start a project in January called Keep Texas Recycling. The program’s aim is to connect underserved and under-resourced recycling centers directly to buyers. Pryor says, “They want to keep Texas in the recycling ‘biz,’ so we’re going to try to do it ourselves.”

Pryor has also partnered with Terracycle out of New Jersey, who purchases plastic collections, then melts them down into pellets, re-forming them as plastic benches and chairs. The money Terracycle pays to the city is currently being contributed as a donation to Marfa Independent School District.

Villareal was optimistic, too. “If you look at the sign, it says receiving and recycle. The receiving side is working very well. People bring stuff, people take stuff. We’re still functioning; we’re continuing to function.”