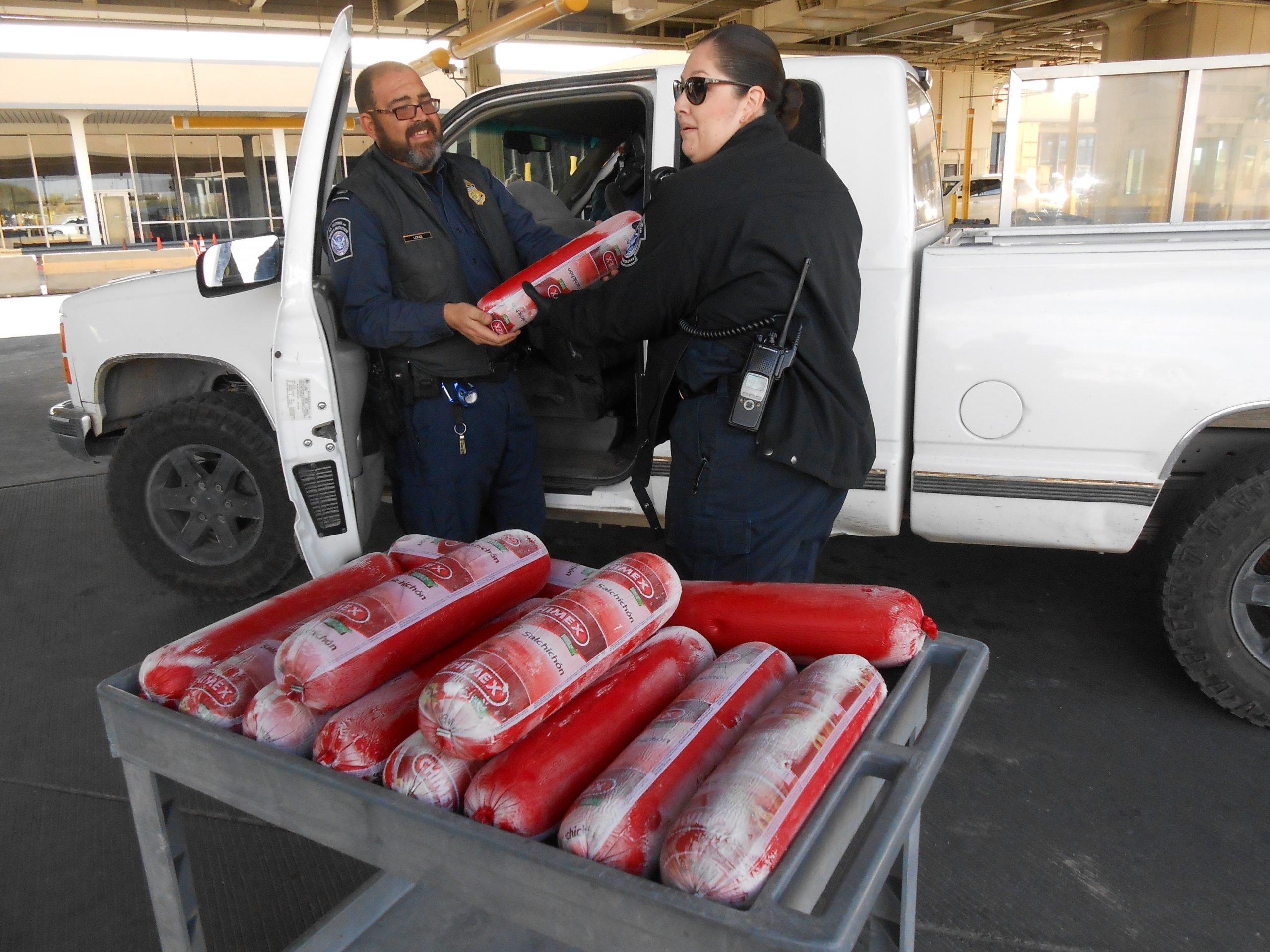 Photo courtesy of U.S. Customs and Border Protection
Get the Sentinel

EL PASO — Border agents on Friday seized 154 pounds of black market bologna from a driver on the Bridge of the Americas between El Paso and Ciudad Juarez.

The seizure happened around 9 a.m., after agents stopped a pickup with Texas plates for a routine inspection. There, agents “spotted red rolls behind the rear seat of the truck,” U.S. Customs and Border Protection stated in a news release.

The driver, who was coming from Mexico, told agents he was transporting frozen turkey ham, according to the release. But CBP was sure that was a load of bologna.

They referred him to a secondary inspection, where they seized 14 rolls (154 pounds!) of the Chimex-brand meat. The driver was released.

Bologna is a prohibited product because it contains pork and could introduce foreign animal diseases into the U.S. pork industry, CBP stated. The agency cited its cooperation with the U.S. Fish and Wildlife Service, the U.S. Department of Agriculture and the Centers for Disease Control and Prevention.

“It is important that travelers understand they should declare all items they are transporting from abroad to avoid fines and penalties,” Beverly Good, CBP port director in El Paso, said in the statement. “A properly declared prohibited item can be abandoned at the port without consequence.”