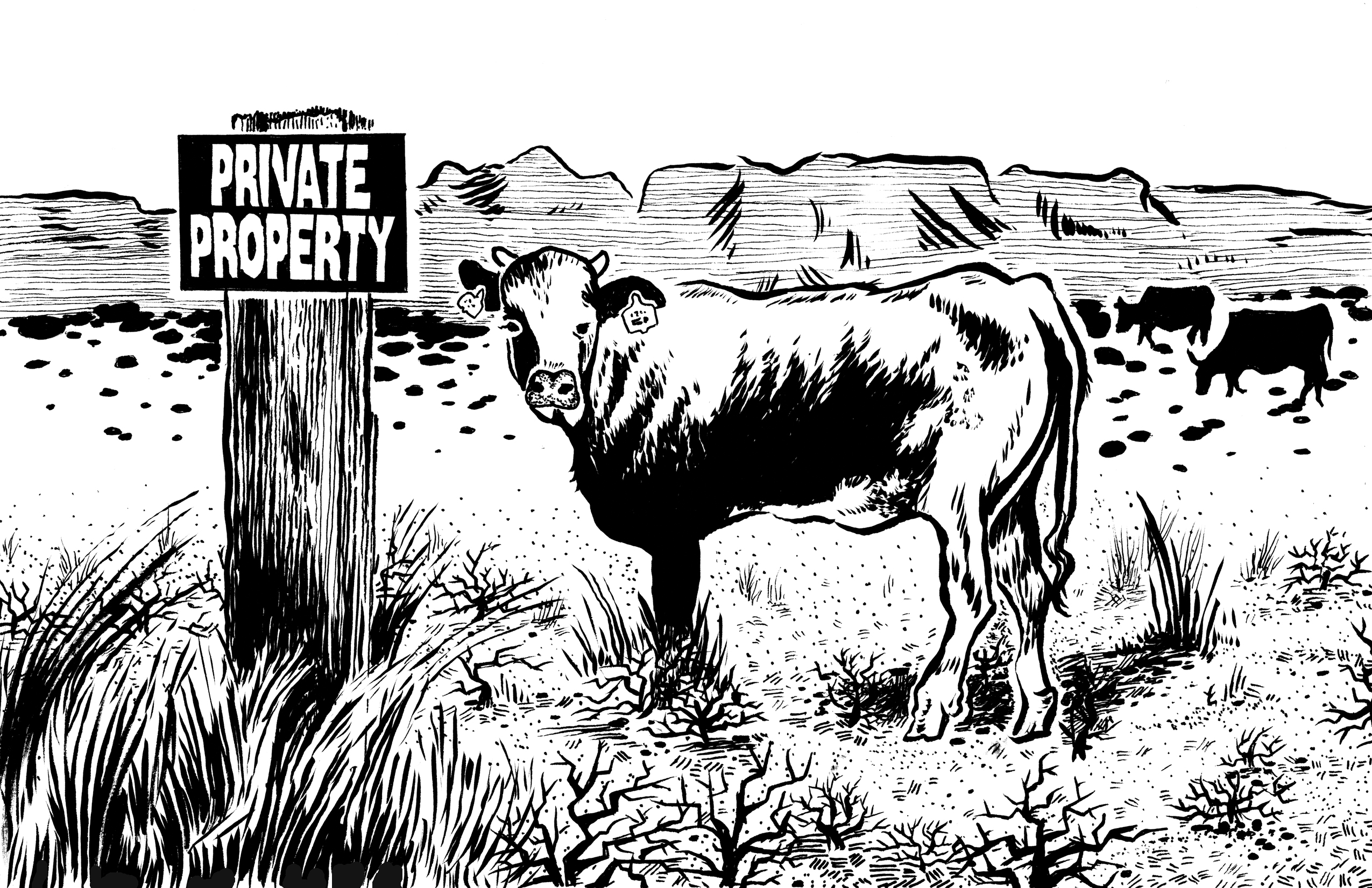 The battle over estrays in Presidio County began with wandering cattle. Local rancher Chon Prieto’s livestock repeatedly appeared on Neil Chavigny’s neighboring property in the early months of 2019. Soon, the county was involved. Landowners, lawyers and the county commissioners were studying and debating the applications of laws that date from the 1800s that guarantee open-range and estray laws that allow the sheriff to collect wandering cattle.

Chavigny said in a July Commissioners Court meeting that after the cattle were discovered on his property, he had called his neighbors, including Prieto, before contacting Sheriff Dominguez for help removing the cattle from his land.

Dominguez allowed Chavigny to hire cowboys to collect the cattle, transporting the livestock to the county pens. The county reimbursed Chavigny’s costs, and the cattle would remain in the pens until Prieto retrieved them – and wrote a check to cover Chavigny’s reimbursement. Prieto picked up his cattle and paid.

It was then that County Attorney Rod Ponton provided legal advisement to the judge and commissioners, stating, “Seizing cattle under the estray law in Presidio County is illegal and subjects the aggrieved property owner to damages.” Ponton drew the conclusion that “estray laws do not apply to an open-range county” and “a known neighbor’s cattle are not estrays.”

Ponton also said the county was making themselves liable if they continued collecting cattle. “Should the Presidio County Sheriff’s Office or other law enforcement agency, engage in any estray procedure that results in impounding, the imposition of fees, or eventual auction, all parties involved — the cowboys, the deputies or officers, etc. — become personally liable, and Presidio County becomes civilly liable for damages to the livestock owner.”

Prieto consulted with Attorney Albert Valadez, who sent a letter to Sheriff Dominguez, claiming Prieto’s cattle were “illegally impounded,” based on Presidio County’s permanent “open-range” status, where ranchers do not have to “fence in” their livestock, rather neighbors must “fence out” unwanted cattle.

Citing Ponton’s letter, Prieto and his lawyer demanded a refund from commissioners and threatened a lawsuit if Prieto’s payment to the county wasn’t returned.

Poncho Nevárez, on behalf of Sheriff Dominguez, requested the attorney general weigh in on estray cattle in open-range counties. The opinion, released on December 4, contradicts Ponton’s conclusion that the seizing of cattle under estray law in Presidio County is illegal, stating, “A county sheriff has the authority and responsibility to enforce the estray laws of chapter 142 of the Agriculture Code whether the county has adopted a local-option stock law or remains an open-range area.”

The AG opinion also counter’s Ponton’s claim that known cattle are not estray. “Under the current estray statutes, chapter 142 defines “estray” as ‘stray livestock, stray exotic livestock, stray bison, or stray exotic fowl.’ Id.§ 142.001(1). An animal may be an estray subject to impoundment under the chapter whether its owner is known or unknown,” the AG opinion states.

But in July of this year, commissioners decided not to wait for the release of the AG opinion and heeded Ponton’s advice, narrowly voting to refund Prieto and avoid the lawsuit he planned to bring. Judge Cinderela Guevara and commissioners Eloy Aranda and Jose Cabezuela voted for the refund.

Commissioners Brenda Bentley and Frank “Buddy” Knight voted against it, both wanting to wait for the release of the AG opinion, to which Ponton said, “I just think y’all are giving special favors to rich people in Marfa.” Bentley denied this, saying she wanted more clarity on the “cloudy” laws.

With the opinion finally in hand, county officials are reacting to the new document, and offering various ideas for how to move forward.

Ponton said he had no problems with the AG opinion, calling it helpful in setting out a checklist of how to identify and gather estrays properly.

“If anybody has to pay anybody back, Chavigny should pay the county back,” Ponton said, adding that he thinks the county should pursue efforts to get back its reimbursement to Chavigny. The attorney called the situation with Prieto “a little cart before the horse,” saying Chavigny called the sheriff first, rather than the owner, and that it was improper for Chavigny to hire cowboys to collect the cattle, rather than the sheriff doing the collection.

The sheriff can impound the cattle for a number or reasons according to the AG, including if the estray is unknown, if the sheriff is unable to notify the owner or if the estray is not redeemed no later than the fifth day after the date of notification, unless there is a good faith effort.

Sheriff Dominguez says he made attempts to contact Prieto, though, and after waiting, he permitted Chavigny to hire cowboys to collect the cattle on the county’s behalf, reimbursing him later. He doesn’t think Chavigny should pay.

Dominguez said, “I think the Commissioner’s Court should’ve waited before paying the man back, but they’re eager not to listen to me. They wanted to do it out of spite.”

“Now we’re short a thousand dollars and I’m short the cost of the cowboys who gathered up the cattle. And what now?” Dominguez said commissioners “should get the money out of their pockets and pay back what they owe the county.”

Reacting to the AG opinion, Commissioner Bentley said, “Going forward we should allow the sheriff to do his job. I think we got bad advice that day from our county attorney. It sounds to me like the opinion they gave, the sheriff has the right and responsibility to do exactly what he did.” She was not certain what, if anything, could be done about the refund granted to Prieto in July.

Commissioner Knight said Chavigny should not pay. His interpretation of the AG opinion was that Dominguez was within his right.

Clay McKinney, the region’s special ranger for the Texas and Southwestern Cattle Raiser’s Association, felt similarly about Dominguez’ actions in the case of Prieto’s cattle, saying the sheriff made the call and “did a good job” in his opinion. McKinney said he interpreted the opinion to mean the Sheriff was correct in collecting Prieto’s cattle.

Chavigny said he’s “not paying one nickel,” and that the ruling came back just as he expected.

For now, the cattle may roam across Presidio County, and Sheriff Dominguez may continue to collect estrays. Yesterday Chavigny contacted the sheriff again. There are 25 estray cattle on his property this week. 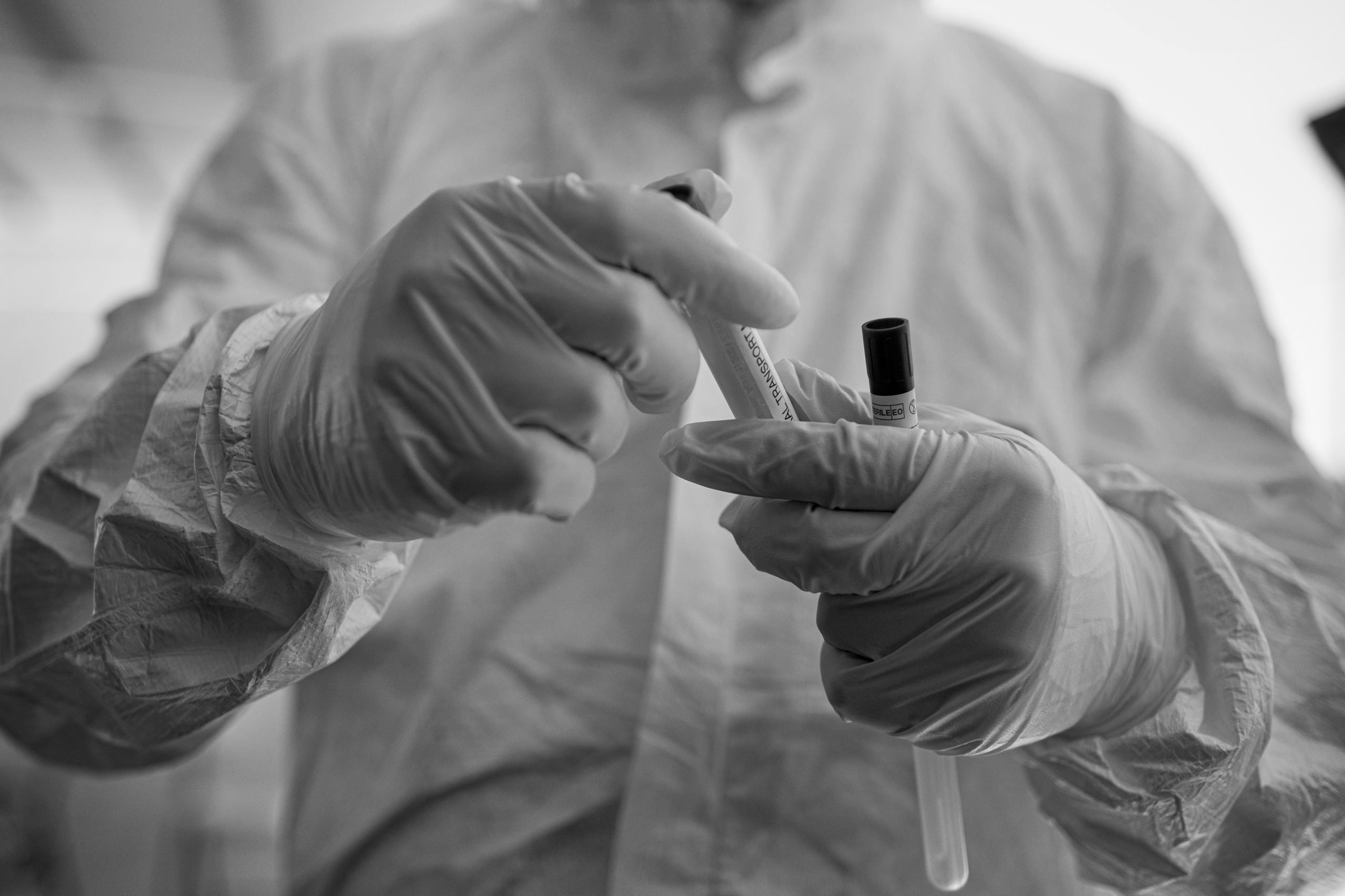