In new report, US Fish and Wildlife Service highlights fight against cactus traffickers 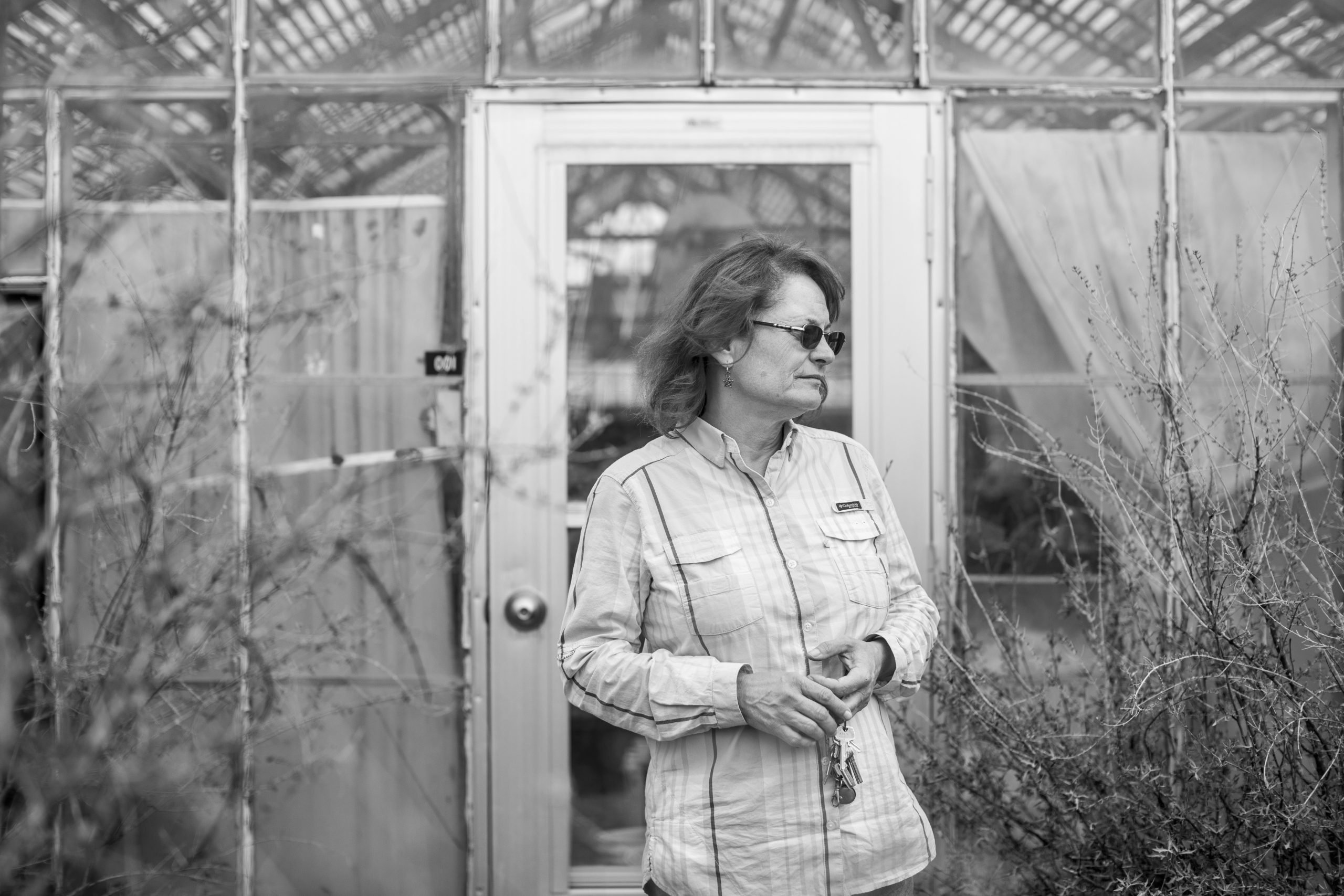 Karen Little stands in front of the Sul Ross greenhouse that holds seized Ariocarpus fissuratus plants. Little takes care of the greenhouses and specialty gardens for the Plant Resources Center at the Department of Biology, Geology and Physical Science at Sul Ross, has been caring for and rehoming the seized plants.
Subscribe

FAR WEST TEXAS — The U.S. Fish and Wildlife Service says it’s struck a “major blow” to the “cactus black market” after four people were sentenced to a total of nine years probation for illegally harvesting and transporting living rock cacti. They were ordered to pay over $118,000 in restitution and fees, according to a report released by the agency last month. They also forfeited 17 firearms.

The lead agent on this case is Fish and Wildlife Service Special Agent Eric Jumper of San Antonio. Since this is an ongoing investigation, and some potential defendants have not yet been sentenced, Jumper was unable to answer any questions from The Big Bend Sentinel. Names, locations and specific charges of the defendants have also not been released — nor is it clear exactly when they were arrested.

Authorities in 2015 confiscated around 3,500 Ariocarpus fissuratus plants, better known as the living rock cactus. Sul Ross State University took custody of them, storing them in a greenhouse in Alpine. Karen Little, who takes care of the greenhouses and specialty gardens for the Plant Resources Center at the Department of Biology, Geology and Physical Science at Sul Ross, has been caring for and rehoming the seized plants.

In the FWS report, Special Agent Jumper said that he found it both interesting and shocking to read the correspondences between the suppliers and buyers and learn how insatiable their desire is to obtain these plants. “They will do whatever they can and pay whatever they can,” Jumper was quoted as saying in the report. “And they don’t just want one cactus. They want as many as they can get.”

“Years ago, Homeland Security Investigations was serving a warrant on a rancher suspected of employing illegal immigrants,” Jumper stated. “They uncovered large quantities of Ariocarpus fissuratus. It turns out this rancher was supplying to someone who was selling the cacti overseas, which is illegal. And that’s how we got started working together on this case.”

Living rock cacti are native to a small part of Texas and northern Mexico. They’re typically small and difficult to detect — unless you know what you’re looking for and where to look.

Little referred to the species as the teddy bear of Texas – they’re leathery and have no spine, and the middle, where the seeds are located, is velvety.

When they bloom — usually about once each fall — they send up a pink flower. In the wild they grow in clay, and can be surrounded by limestone. Often appearing flat, they puff up when watered. 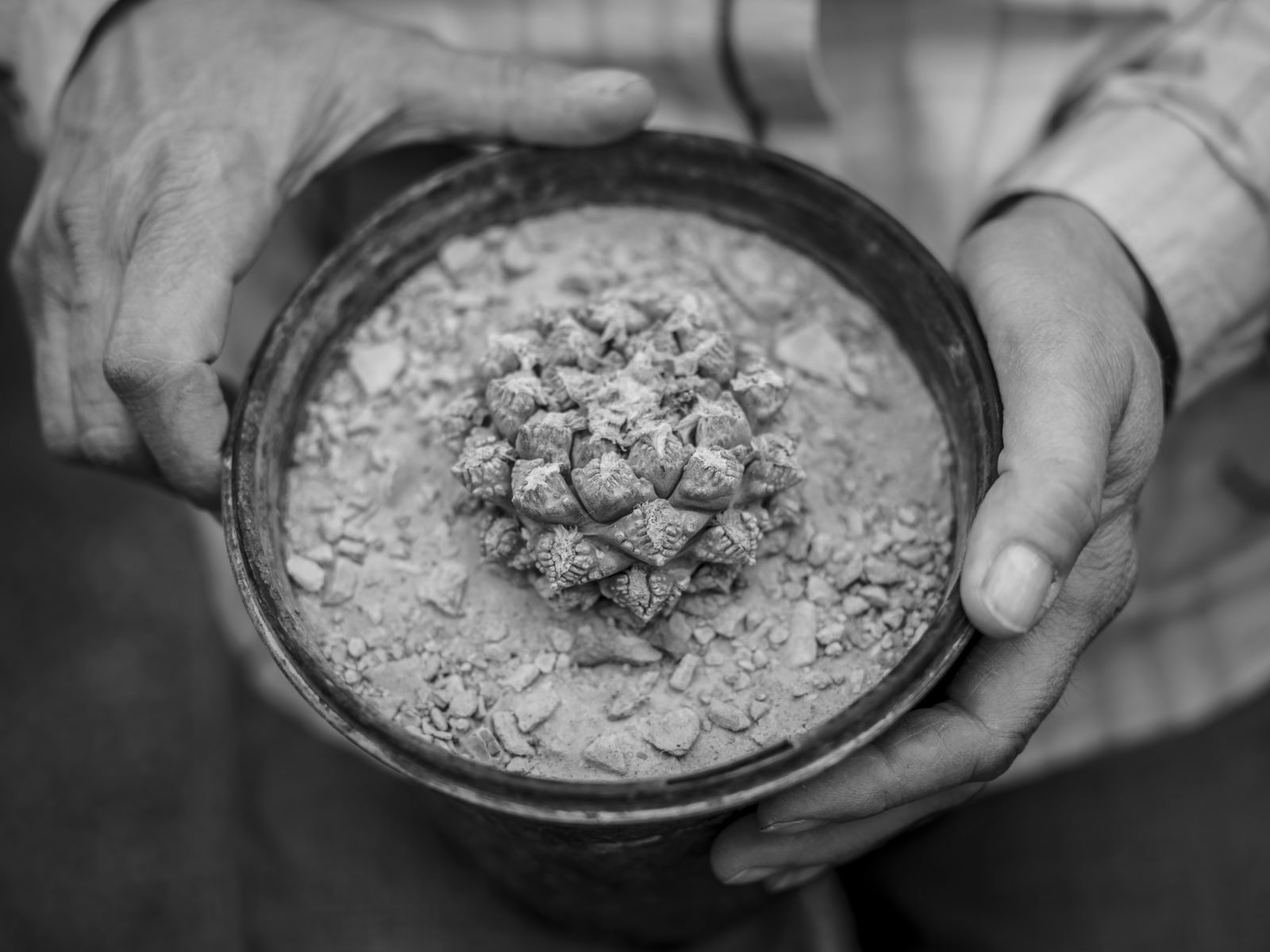 Living rock cacti are native to only a small region in Texas and northern Mexico, making them rare and therefore appealing to traffickers.

Ariocarpus fissuratus grows in a very small geographical area of the Big Bend region and northern Mexico. While not endangered, the living rock is protected under the Convention on International Trade in Endangered Species of Wild Flora and Fauna, or CITES. Exporting the plant outside of the continental United States is a felony.

However, the living rock is a “least concern” species in the United States, because it grows in large populations, which means it has been categorized by the International Union for Conservation of Nature as not being a focus of species conservation. They do not qualify as threatened, near-threatened or conservation-dependent.

“It is possible for the species to become endangered,” Little said. Yet, the plant is hard to spot in the wild. Some ranchers and landowners in Far West Texas have a good population of these plants living on their land. Still, even with decent populations and law enforcement awareness, there is a lot of ground to monitor. Little says it’s an uphill battle.

When Little received the 3,500 cacti, a lot of them were in garbage bags. And that number did not even include the cacti that died in trafficking, she said.

“That is the worst thing you can do for a cactus,” she said. “A cactus lover would never put these in a garbage bag. These people are doing it for the money and preying on cactus lovers.”

Traffickers could get anywhere between $500 to $1,000 for shipping one living rock cactus overseas to China, Japan, Germany and Great Britain, according to Little. “If they got a couple loads across and mailed, then these fines are just the cost of doing business,” she said.

In just six or seven months, Agent Jumper said in the report, a single offender made more than $300,000 and probably shipped several thousand plants. “These plants take several decades to reach maturity,” he stated. “In a short period of time, one person can wipe out an entire population.”

This species takes an exceptionally long time to grow to a noticeable size — and cactus collectors seek large plants — though the seized plants included all sizes. Little’s predecessor  started seeding a couple of the living rock cacti in 2010. Today they are still fairly small, about the size of a quarter.

The living rock cactus won’t bloom unless they are a decade or two old. “And how old they can get, no one really knows,” she said. “But they do get bigger and grow very slowly.”

So, how do traffickers get the larger plants?

“The parks are so big and there are not a lot of people to patrol them, and these [criminals] are very organized,” Little said. In some cases, she said they bring in heavy equipment and build their own roads. “There are a lot of absentee ranch owners who will come back [and find that] a road has been built, and people are hauling out ocotillo and other cacti,” she said.

Petei Guth, a volunteer at the Sul Ross University greenhouse, said she has been hiking in Big Bend National Park for 40 years and has watched a lot of cacti disappear from the trails.

“We live in such a unique and special area and we have a lot of unique plants and animals, and people want them,” Little said. “[Some people] will rationalize by saying ‘I’ll just take one’ or ‘I’ll take good care of it.’ But if everyone took one, we wouldn’t have much of a park for very long.”

There is no way to determine where each plant came from and therefore cannot be put back into the parks.

Little has been rehoming the plants for a couple of years. “They’d clear a batch and then say I could rehome 1,000,” she said. In the beginning, the push was to rehome these cacti to reputable cactus collectors and people who lived close and could come and get them.

“As the population I’ve taken care of goes down, I’m pickier and pickier,” she said. There are a little more than 300 living rock cacti left in Little’s care at Sul Ross.

There are a couple of living rock cacti she doesn’t plan on rehoming because of the size and likely age of the plants. “I do adopt some out to local people around Marfa, Fort Davis area who want them as a house plants,” she said. “It’s good for us to do something nice for local people.”

The living rock is easy to care for; you rarely need to water them. They can survive indoors, but they like a lot of sun.

Little said that the problem people often have when they keep them indoors is they want to water them, and eventually they rot. “Don’t water them when you first plant them,” she said. “You’ll kill them.”