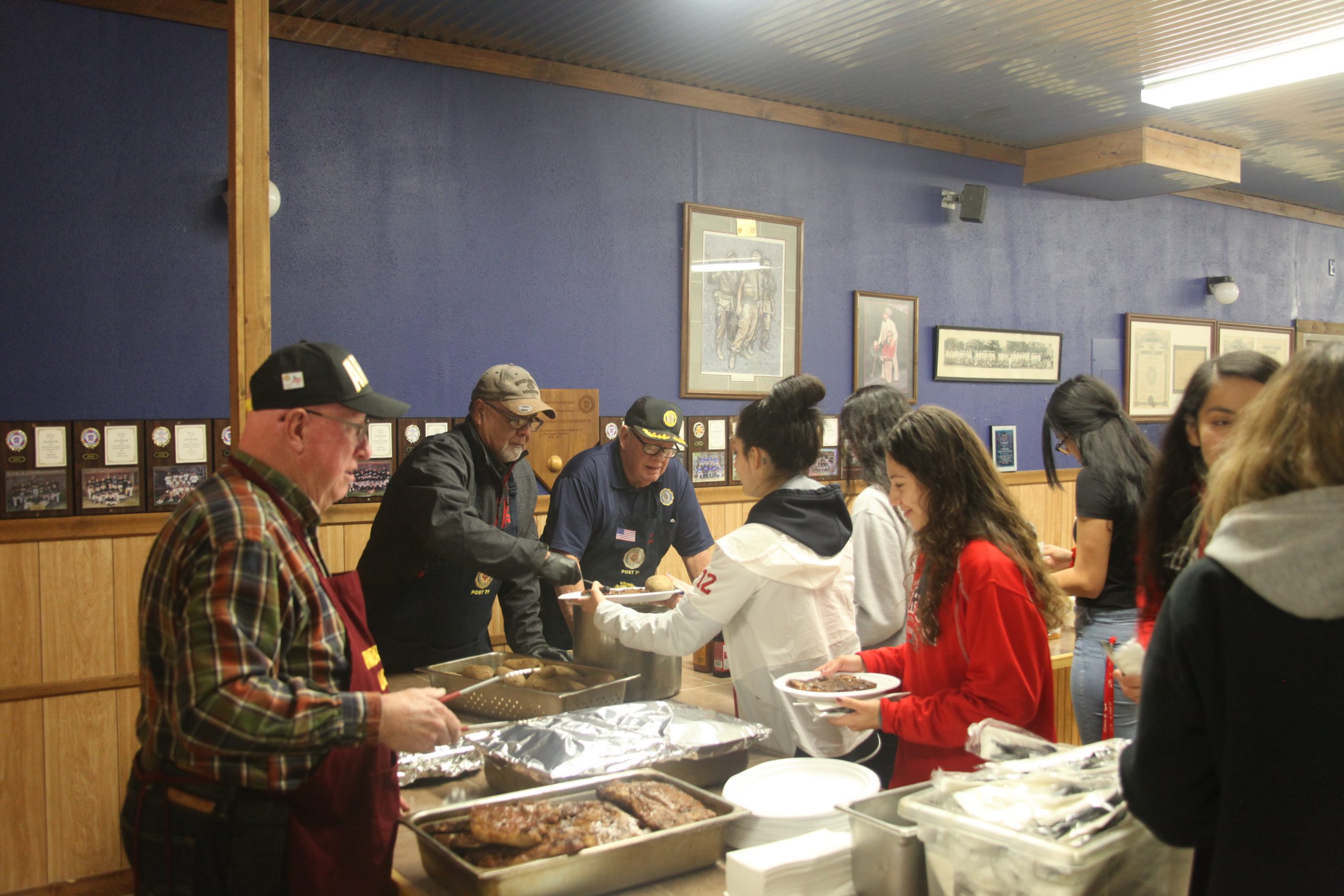 ALPINE — During the Sul Ross Christmas break, students go home and the university shuts down – that is for all except the men and women of the school’s basketball teams. These students remain in Alpine to practice and compete in games scheduled throughout the holiday period.

Big Bend Post 79, located in Alpine, stepped up and prepared meals for the 30 to 40 Sul Ross team members and coaches while the university was closed. On January 3, 5 and 7, Post members provided T-bone steak, spaghetti and chicken fried steak dinners for the players.

Post 79 assists students at Sul Ross State University as part of its community service objectives. In this regard, the Post also provided steak dinners during the Christmas period for the Texas National Guard and regular Army personnel assisting the Border Patrol in the Big Bend area.