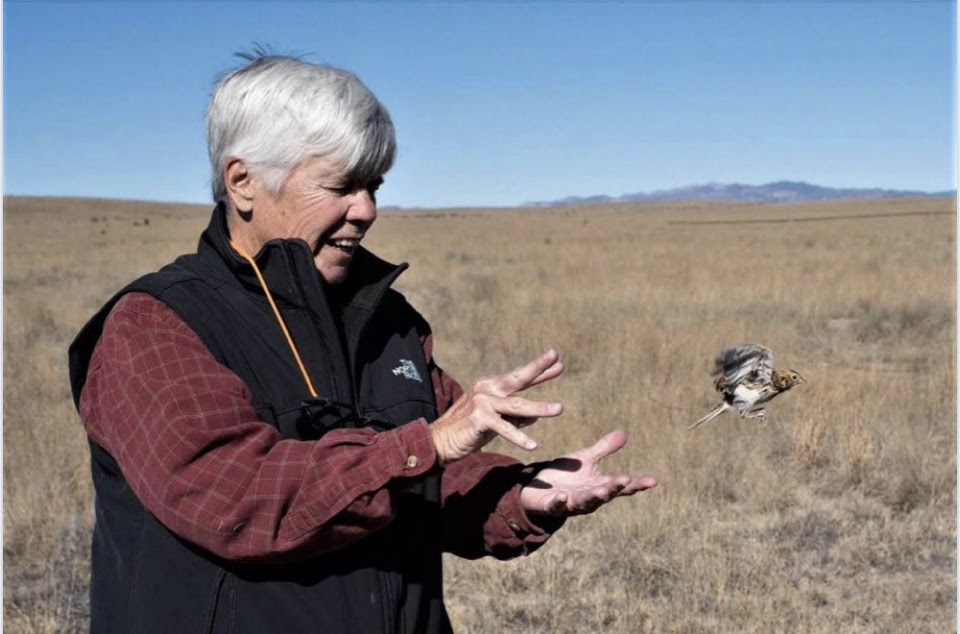 PRESIDIO — On Monday evening, a group gathered in the auditorium of Presidio High School for a celebration of life for Patricia “Patt” Sims, who passed away on January 14. The former PHS science teacher was a passionate and challenging advocate for the Chihuahuan Desert and its ecosystem. Throughout the memorial, those who knew her shared exactly how her passions had been passed on –– through years of teaching with Presidio Independent School District, her frequent guided bird watches, her dedication to her students well beyond the classroom and her work in the local naturalist communities.

When Sims began teaching, as her son Josh Sims recalled, her class had already been through three or four teachers that semester. A student asked how Sims long she’d be there, to which she replied: “Til the job’s done.”

She lasted thirty years, retiring from PHS in 2010. Many echoed during the service that she was often challenging those around her to do better. One student recalled that while others believed she and her classmates were bound to work in the local fields after graduation, their teacher Mrs. Sims was busy preparing them for college by driving them to take the ACT in Alpine –– and paying their exam fees out of pocket. The student went on to become Sims’ first student to earn a PhD.

“She was my dear friend and teacher for those 20 years,” said former student Kimberly Baeza, reflecting on the two decades since she first took a class from Sims as a PHS sophomore.

Baeza recalled her as an outstanding teacher, not limited to the classroom or curriculum. Baeza said they would leave class to go to birdwatch in Alamito Creek, taking their learning into the field. But Sims was also there for every graduation day Baeza had, even after high school. The teacher visited her former student when Baeza was just meeting the love of her life, after her son was born, and the student said that Sims was as close as family.

Norma Wilkerson, a close friend of Sims for 50 years, recounted a story that reflected Sims encompassing love for the region’s flora and fauna alike. One early morning on a trip, Sims shook Wilkerson awake, saying, “Don’t scream, I want you to see something beautiful.”

Sims took Wilkerson to admire a Trans-Pecos rat snake with blue eyes, curled up in the early morning light.

On another bird-watching trip in the West Texas grasslands, Baeza and Sims were observing plentiful sparrows, but saw no hawks or raptors. Sims told her as they continued to spot the same species, “It is as important to notice what is missing.” For many, Sims’ absence in the Chihuahuan desert will not go unnoticed.