As the primaries approach, The Big Bend Sentinel is letting candidates introduce themselves. Part two in our series: Texas State Senate District 29.

TRI-COUNTY — The Democratic and Republican primaries are a little over a month away, on March 3. In Senate District 29, voters will see an uncontested primary this year, with one Democrat and one Republican both running unchallenged. César Blanco, the Democratic candidate and current state representative for Texas State House District 76 in El Paso, will face off in November against Bethany Hatch, a Republican hoping to flip the seat.

José Rodríguez, an influential elected official in the Texas Democratic Party, has held the seat since 2010 but announced last year that, at 71, he would not be seeking election.

The deadline to register to vote is Monday, February 3. Those who are not yet registered or need to update their registration can do so at the tax assessor’s office at the Presidio County Courthouse in Marfa or at the county annex office in Presidio. City libraries in both towns also have voter registration forms, as do a number of Marfa businesses, including The Sentinel, The Get Go, Frama, Do Your Thing Coffee and the Wrong Gallery.

As the primaries approach, The Big Bend Sentinel has reached out to candidates and given them an opportunity to introduce themselves and their campaigns. We’ve edited these interviews for clarity and brevity. 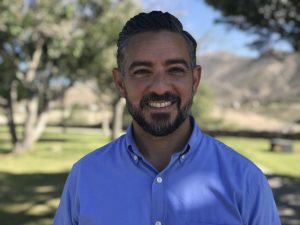 Introduce yourself. Why are you running for office?

Coming from a family of nurses, teachers, and a tradition of U.S. military service dating back to World War I, public service runs deep through my family. I’m the grandson of an immigrant who came to Texas to build a better life for their family and was raised in El Paso by a single mom who worked multiple jobs to make ends meet.

After high school, I continued my family’s tradition of public service by joining the Navy as a military intelligence analyst and went on to earn my degree from the University of Texas at El Paso with help from the GI Bill. I continued in public service by working for three Democratic members of Congress representing El Paso and West Texas. Working my way up from caseworker to chief of staff, I helped deliver for this community by fighting to secure veterans’ benefits, improve education, make healthcare affordable and create greater economic opportunity.

In 2015, I ran for and was elected to Texas House District 76 in El Paso. In the Texas House, I have delivered as a strong champion for El Paso by leading initiatives to improve access to healthcare and strengthen our workforce, local economy and border communities while also improving the quality of life and increasing economic opportunities for all Texans. I also led efforts to protect education benefits and expand mental health resources for Texas veterans, reign in rising prescription drug prices, increase oversight over border security, and fought with a united El Paso delegation to deliver school funding. For my work fighting for veterans’ education opportunities and border communities, Texas Monthly named me one of the best legislators in Texas.

I’m running for Texas State Senate because El Paso and West Texas need a fighter — someone willing to bring people together to fight for what’s right.

Now more than ever, West Texas needs a leader willing to rise above politics to put our people first and deliver results. That means fighting for our fair share — to improve education, make healthcare more affordable and accessible, build the infrastructure our region needs to grow, and create greater economic opportunity for all our families.

What are the top two issues for you?

The border — both in terms of immigration and trade — is a major political issue here. What are you thoughts on the myriad border issues affecting this region, from undocumented migrants to transmigrantes?

Because of our geography, immigration and trade are defining characteristics of our region. I would also characterize immigration and trade as valuable assets to our region. However, in recent years we have often seen and heard harmful rhetoric and destructive policies that jeopardize these assets. That volatility has created uncertainty for our businesses, industries and local economies. That’s why I’ve pushed back against this harmful rhetoric and policies. With the passage of USMCA in the Senate, I am optimistic we can get back on track with our cross-border trade and see a new era of economic growth on both sides of the border. As a state representative, I have also been involved with the Texas Border Trade Advisory Committee as it develops the Border Trade Master Plan, which will include investment strategies that support binational, state, regional and local economic competitiveness and improve the impacts of cross-border trade and transportation.

Immigrants have been a key part of our economy and labor market, not only in our region and state, but across the United States. However, our immigration system is broken and Congress’ inaction has made things worse. The truth is that we need workers, and I hear that across the district. We need reform that fixes and promotes legal immigration and asylum, protects DREAMERs currently here and streamlines the immigration process so that we can get people here legally who are going to contribute to our economy.

Rural healthcare is hard to access in our area and across Texas. What efforts would you make to serve your constituents’ healthcare needs and access to specialty care?

In the past nine years, Texas alone has had 17 rural hospital closures because of its refusal to expand Medicaid, and another 16 rural hospitals remain vulnerable. Expanding Medicaid must be a priority for our state to reverse that trend and save other rural hospitals from closing. Texas currently ranks dead last in healthcare coverage and has the highest amount of uninsured children in the country. Expanding Medicaid would keep these hospitals open and ensure that an estimated 1.1 million more low-income Texans are eligible for healthcare coverage. I have been proud to support Medicaid expansion in past sessions in the Texas House and will continue to support and advocate for Medicaid expansion in the Texas Senate. As a state representative, I also have a record of supporting rural health initiatives aimed at improving access to care such as creating a rural veterans’ mental-health program, establishing the pediatric health tele-connectivity resource program for rural Texas and improving telemedicine and telehealth. As a state senator, I will continue being a champion for increasing access and affordability of healthcare in rural communities.

What events do you have coming up?

We currently have a campaign swing through Senate District 29 rural counties scheduled for this first week in February. 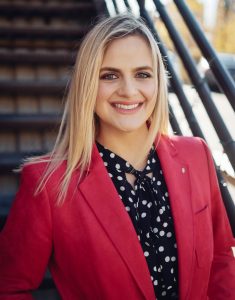 Introduce yourself. Why are you running for office?

I chose to run for State Senate in Texas because I believe in a government that works with and for the people. I believe that the State of Texas is the best representation of a truly free people, but we can do better. I want to keep Texas in the hands of people who will uphold the Constitution, protect our inalienable rights and reduce government influence on personal liberties. For decades, Senate District 29 has not had a representative whose purpose was to defend our people. Instead, they fought for more government control, and it is time for a change.

What are the top two issues for you?

Two of my top issues are fiscal responsibility and defending personal liberties. As a business owner, I have experienced the effects of stricter regulations and higher taxes, as well as tax cuts and loosened regulations. After the recent tax cuts, not only has my business increased, but we have been able to keep more of that money and redistribute it in the form of raises for members of my team. Another issue I am passionate about is defending personal liberties. We have a responsibility to protect individual liberties as guaranteed by the Constitution. As a state senator, I will fight for the people against government overreach.

The border — both in terms of immigration and trade — is a major political issue here. What are you thoughts on the myriad border issues affecting this region, from undocumented migrants to transmigrantes?

While the federal government holds the responsibility to secure our borders, the state government has the responsibility to protect our state and citizens within that state. We must demand that the border is secured by the federal government, but until it is, we must take control of our own cities and territory to ensure that we are putting the best interests and safety of our citizens first. At the same time, we can encourage immigrants to enter the country legally and according to the processes many others have followed to come into this country. The federal government should not be involved with trade between the state government and foreign countries. Removing regulatory constraints would increase economic freedom and allow for citizens and businesses to have greater opportunity.

Rural healthcare is hard to access in our area and across Texas. What efforts would you make to serve your constituents’ healthcare needs and access to specialty care?

After the implementation of the ACA [Affordable Care Act], people saw an increase in healthcare costs, from premiums being raised to the uninsured being fined. Healthcare is important, but government-run healthcare is not the best option. A free market enterprise that allows doctors, nurses and other healthcare practitioners the opportunity to offer healthcare at a lower cost throughout the state is better. By reducing the financial burden on healthcare providers, they will be able to develop healthcare facilities that will thrive with transparent and competitive pricing. There is absolutely a need for quality care and, given the right circumstances and release in financial regulations, we will see an increase in healthcare options throughout the state.

What events do you have coming up?

We’re having a campaign kickoff at 6 p.m. on February 8 at The State Line in El Paso, Texas.