Valentines by way of Valentine 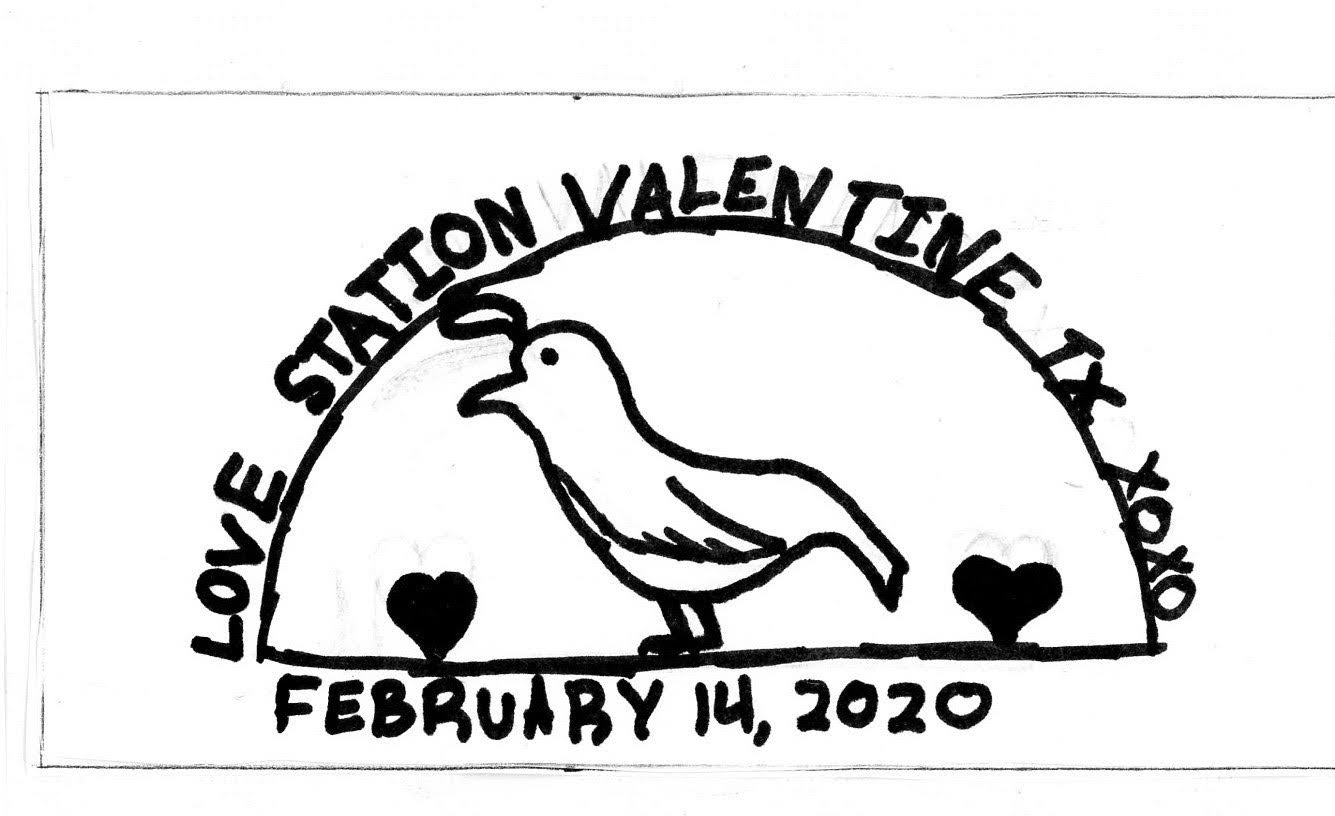 VALENTINE — The Valentine post office is usually pretty quiet, as is most of U.S. Route 90 through this West Texas town of just over 100 people.

But that changes around this time every year, as thousands of packages arrive from as far away as Australia and India. The senders range from collectors to lovers, and they all route mail through here for one reason: To get an envelope marked “Valentine” just in time for Valentine’s Day on February 14.

It’s a tradition that dates back to at least the 1980s. Before that, the occasional traveler would stop in for the novelty of a Valentine-marked package.

In 1983, the United States Postal Service decided to make the event official, designing a special Valentine-themed cancellation stamp for the occasion.

As interest grew, the USPS handed over the task of designing the annual cancellation stamp to the city of Valentine in the early 1990s. After initially opening it up to the public — to mixed results — the city in turn handed over the task to local students, who each year submit artwork to city council in hopes of making the winning stamp.

The winner this year is Valentine freshman Erick Ramirez, whose stamp features a Gambel’s Quail, a desert bird of the Southwest. It was designed to commemorate Jody Miller, a birdwatcher and Valentine local who passed away in 2018. And as is tradition, it includes the phrase “Love Station.”

Each year, the submissions are anonymized and given to Valentine City Council, said Debbie Engle, superintendent at Valentine schools. Then, the council chooses its favorite.

Engle is no stranger to the Valentine’s Day stamp tradition — and not only because she works at the school. Since moving to Valentine, old friends have reached out and sent her packages in hopes of getting the cancellation stamp.

The postal service uses cancellation stamps to void postage and prevent it from being reused. Around Valentine’s Day, people send in boxes of letters to the Valentine post office, so that their postage can be voided by the post office here. Sometimes, they’ll also send thank you notes explaining what the cancellation stamp means to them.

The work can be overwhelming but also “very rewarding,” said Maria Carrasco, the former Valentine postmaster from 1990 until around 2012. One year, in the mid-90s, she received around 40,000 letters. To date, that’s still the high-water mark for Valentine’s Day mail.

As postmaster for over 20 years, Carrasco can rattle off all kinds of stories about the tradition. There was the time the Queen of England sent some mail to be voided, or the time a woman wrote to say she wanted a Valentine-cancelled letter for her husband, who was terminally ill.

After he died, the woman wrote back, Carrasco recalled. “She said how special it was for him,” Carrasco said. “It was very touching.”

Ismelda Ornelas, the current Valentine postmaster, predicted a lighter load this year, with around 10,000 letters. “Writing is a lost art,” she said. “Now, everything is computer-typed, text message and email.”

But still, the tradition goes on. Ornelas started as postmaster in September, and this will be her first year running the local post office for the Valentine’s Day rush. But she worked part time at the Valentine post office before that and, as a third-generation Valentinian, is familiar with the tradition.

In fact, Ornelas once won the cancellation-stamp contest. It was around 2000, when she was in high school. Her design featured a horse and a ranch hand.

Like Carrasco, she was thrilled to be part of the feel-good tradition. “It’s a message of love,” she said of the popular cancellation stamp. “The world always needed love, but especially now, when everything is so macabre.”

Running the Valentine post office during Valentine’s was a bit like “playing Cupid,” Ornelas said. But it did have its downsides. Stamping thousands and thousands of letters could be physically demanding work.

“Ask me how I feel a few days before Valentine’s, when my arm’s hurting,” she joked.

Anyone interested in getting their Valentine’s cards cancelled in Valentine should know a few ground rules. Put your Valentine’s card or mail into a larger envelope, so that the postage on your holiday greetings isn’t already voided by the time your mail reaches Valentine.

The post office limits the number of stamps per person to 50, but people can send more letters for a small fee. The post office recommends getting mail to them by February 7, so that they can have it at its destination by Valentine’s Day. Cards can be sent to:

Starting on February 1, the post office marks letters with a red-ink “cachet” of the winning design. People can also request that their mail be held until February 14, when the post office starts using its official black-ink cancellation stamp.

That method might matter to collectors, but it comes with an obvious drawback: the black-stamped mail doesn’t arrive until after Valentine’s Day.