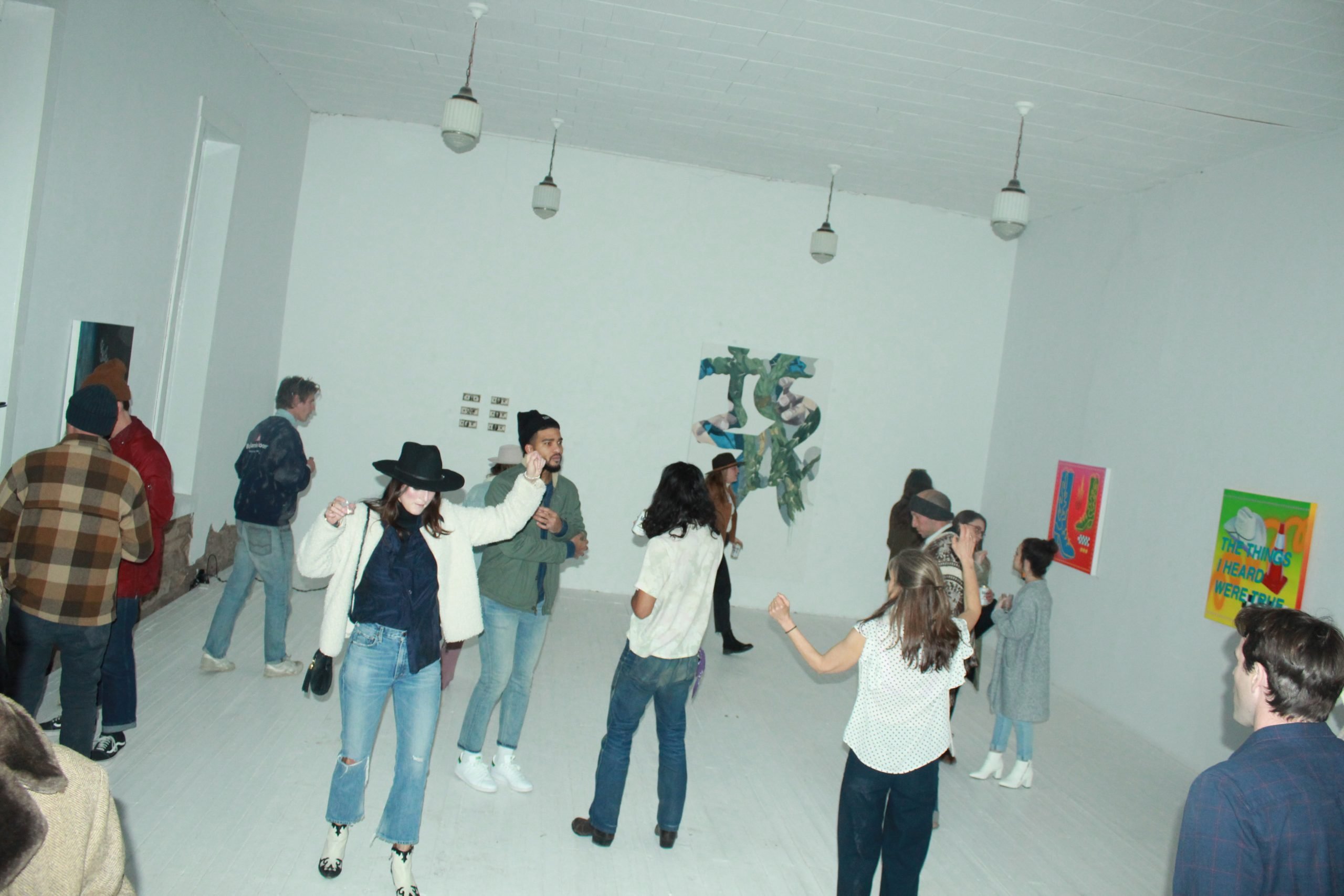 MARFA — On Friday night, a crowd flocked to the Wrong Gallery for its latest opening, a pop-up show called DE$ERT MONEY. As art-goers sipped canned Modelo and knocked back a couple shots of sotol, three young artists’ works commanded the attention of the room.

The three artists, whose work is displayed at the space through February 11, are “Mink Floyd” of Marfa, Calhan Hale of Austin, and Julian MacKinnon of Marfa.

Between the three artists, eight pieces of their work are currently installed at the Wrong space. Hale was the first of the three artists to make a sale on one of the displayed works. Her works consist of three acrylic paintings on canvas, one with a tight typeface that reads, as is titled, “The Things I Heard Were True.”

Her paintings incorporate vibrant, neon colors in a varicolored scheme. Each of Hale’s three pieces have a checkerboard print painted in the bottom right quadrant. Hale said that the pieces she made for DE$ERT MONEY have to do with stories, stereotypes, place, communication and making things your own.

“I was interested in the way information is gained and lost as it moves from our own experience, to our memories, to digital interfaces and then back into a physical object like a painting,” Hale said.

Over the past couple of years, Hale said that she has used painting as a way of re-examining and reclaiming parts of her Texas upbringing by bringing Texas iconography into conversation with elements informed by digital experience. “I’m interested in the way that people, places and objects can be the holders of multiple, often contrasting, things at once, and how their context and our own experiences greatly inform the ways we encounter them,” she said.

“Jared [Menane] had the vision for DE$ERT MONEY and tapped on Julian and me to make a few pieces. It was truly so special getting to show work with artists and friends that I really love and admire,” Hale said.

Menane, who operates as an artist under the moniker Mink Floyd, organized and curated the show and says that it fell “together really casually.” He previously worked as the art director for the nonprofit art festival Marfa Open.

“I came up with the idea for “DE$ERT MONEY” after reading an article in some major newspaper about tech entrepreneurs hitting their IPOs and building their dream homes in the chic southwest,” Menane said. “It felt fairly apropos to highlight that concept at this time in the political landscape of not just Marfa, but maybe the entire country.”

He says that the show isn’t political whatsoever, though. He really just liked the way it sounded. His contribution to the show is a piece called “racks” that includes six separate 6.5 x 3 inch canvases with screen printed dollars in $1, 5, 10, 20, 50 & 100 variations, as well as a seven second video loop of champagne being poured over a thong-donning, gyrating buttocks.

“The concept was to infer a free association about luxury and excess” he said. Besides the pop-up in Marfa, Menane is currently working on shows in New York City, Houston and Chihuahua, Mexico.

The third artist, MacKinnon, moved to Marfa from New York last November, looking to fill the void he was experiencing after finishing up his undergrad degree.

“I met Jared my first weekend in town and we almost immediately started planning a show,” MacKinnon said.

MacKinnon’s pieces for this show included a 92” x 54” painting called “cuidado” as well as two seperate and slightly smaller paintings, all three being oil on canvas.

“Like most of my figurative work, the paintings deal with aspects of the human condition,” MacKinnon said. “There are so many reasons that Marfa attracts people. Whether it’s a romanticization of the western ranch lifestyle, or an escape from a big city, I sought to capture a few different perspectives on this magical place.”

“After talking to Buck [Johnston] it was a no-brainer to do it at the Wrong Gallery. She and Camp are so supportive and just let us do our thing with the space.”

All three artists had nothing but great things to say about Wrong owners and curators Buck Johnston and Camp Bosworth. “Buck and Camp of Wrong were incredibly kind and generous to offer up their beautiful church gallery for the show,” Hale said.

“Their aesthetic is quintessential to me and they have always impressed me with their curation and presentation,” Menane said. “Shout out to Buck and Camp, they’re real ones.”

According to Johnston, it was a really positive experience for them. “They curated, organized, got a Sotol sponsor, got the DJ and everything. It was a sweet event.”

Johnston and Bosworth have been hosting events like this in Marfa for more than 10 years. The original Wrong church space officially opened in 2010 and they recently moved the store into a separate space on Highland.

The original Wrong church space, though, will house future artist residencies. Behind the gallery space there is a little apartment that Johnston said they usually rent out. When there is an exhibiting artist, they usually give that space to them to stay while the show is being installed.

“The response has been tremendous,” Johnston said. They’ve already got a couple of artists lined up this year. And in between the residencies and other exhibitions, Johnston said they hope to host more pop-ups for local artists. 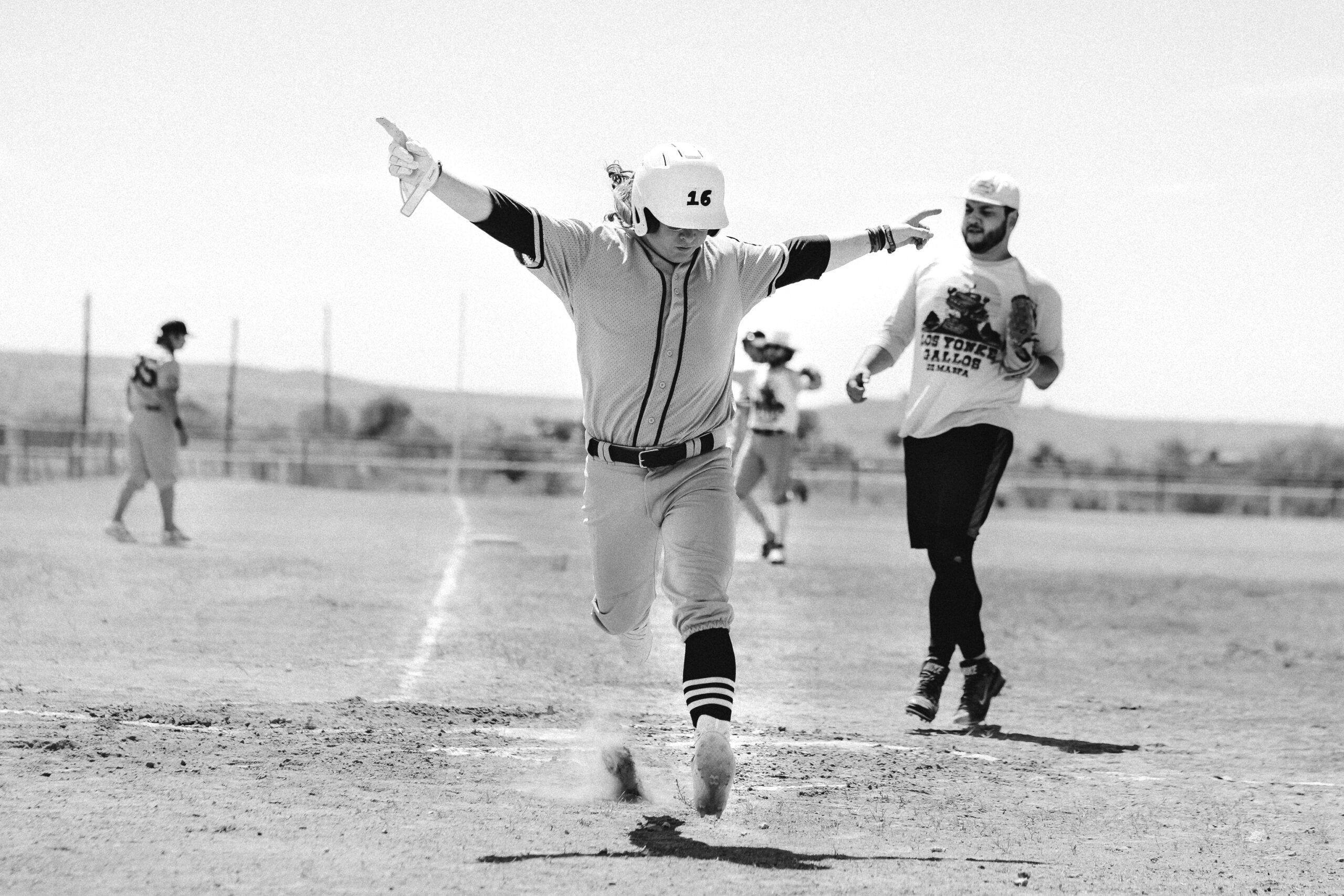 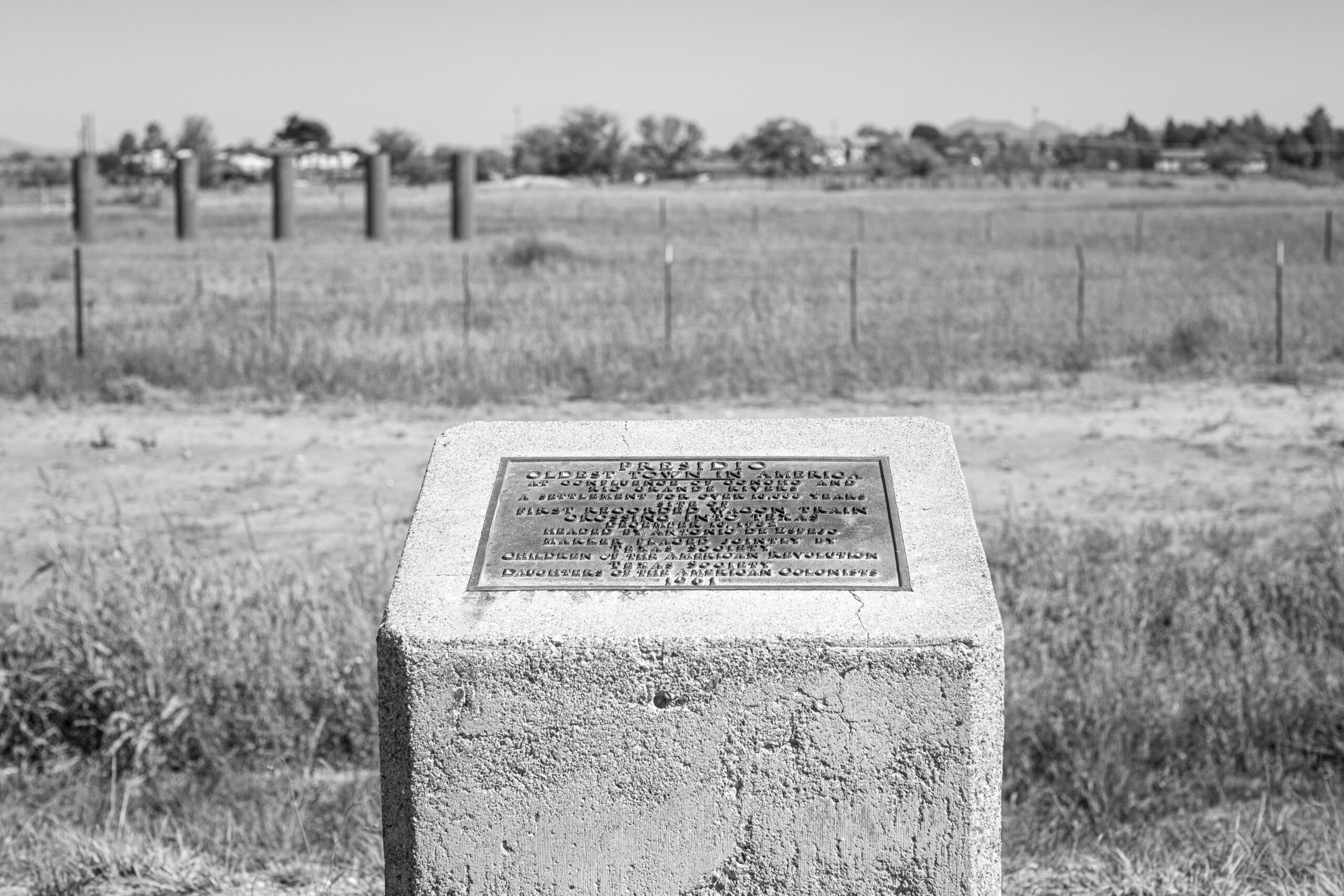