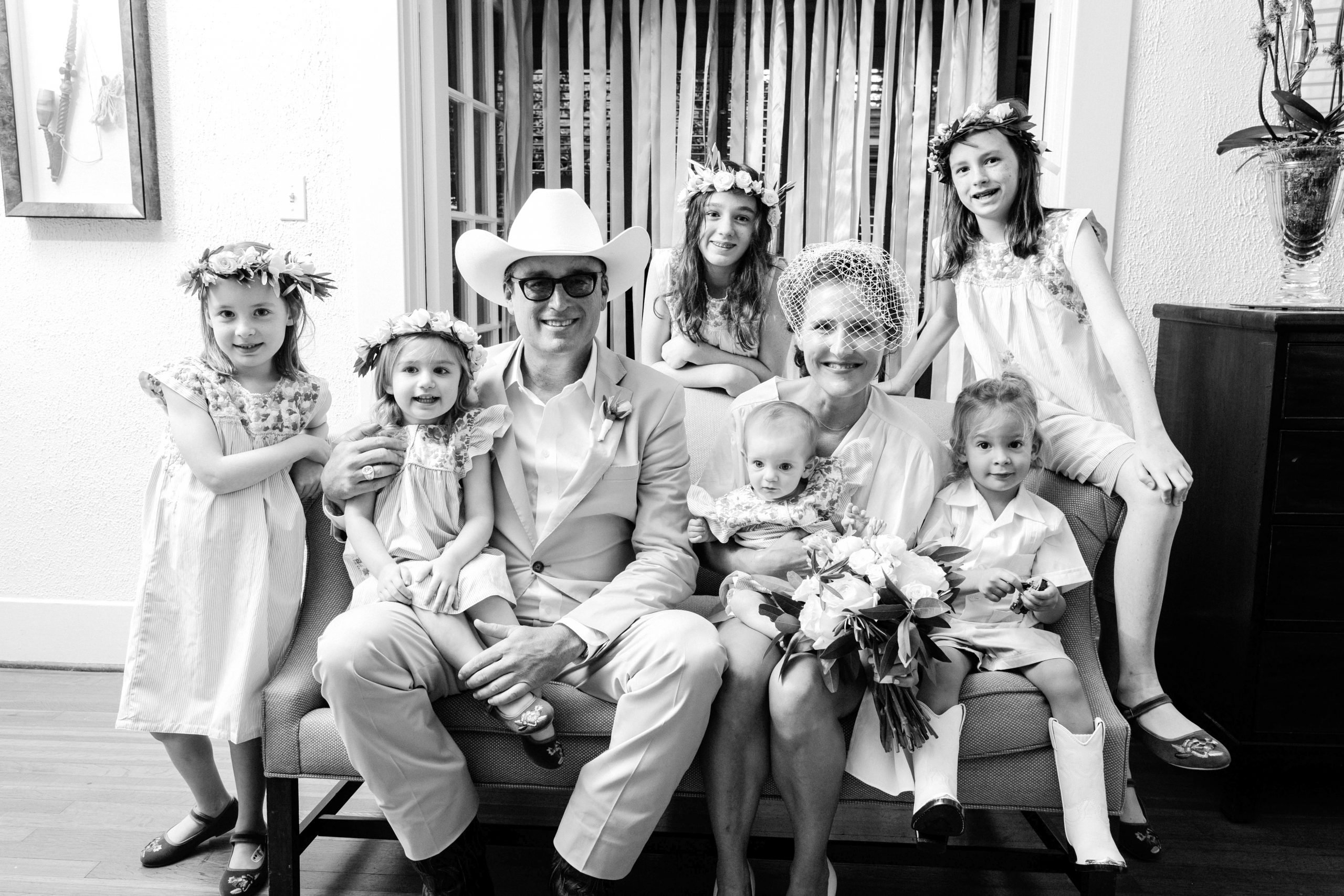 MARFA — The first time Hilary Scruggs met her future husband David Beebe, they were on dates with other people. It didn’t stop Scruggs from sizing him up and taking note of his height, she remembers.

It was ten years ago, and the two were at a Tony Bennett performance at the Majestic Theatre in San Antonio, on a night out hosted by mutual friend Vance Knowles.

As she was saying goodbye after dinner, Scruggs remembers someone telling her that she should talk to Beebe because of their Houston ties; they soon discovered that they had friends in common.

As she periodically visited Marfa over the years, the two had friendly interactions, but as Hilary described it, the interactions were also indifferent.

“If someone would have told me that I was going to marry David Beebe someday, I would never have believed it,” said Scruggs.

It was reading Beebe’s name in a New York Times article about the death of Supreme Court Justice Antonin Scalia in 2016 that piqued her interest. Beebe, Presidio County justice of the peace Precinct 1, was one the public officials called that day when Justice Scalia was found dead in Cibolo Creek Ranch, 30 miles south of Marfa.

“(I do recall) doing a double take – like, the Padre’s guy? And thinking for the first time that he was kind of interesting,” said Scruggs.

Scruggs and Beebe reconnected at the wedding of Scruggs’ closest friends and neighbors, Roger Stephens and Thomas Dreyer, in Marfa. Scruggs read the poem, “Friendship” by Friedrich Schiller, during the ceremony, and Beebe was the officiant. At that time, Scruggs made plans to stay in Marfa for a sabbatical from her design/build business in San Antonio. Beebe offered her some housing suggestions and they started seeing each other very casually during her three months in Marfa.

When Scruggs returned to work in San Antonio that fall, she couldn’t forget about a house she saw on Dallas Street in Marfa. She put in an offer and found out during a friend’s wedding reception in New York City that it was accepted.

“Construction is my trade and my passion,” said Scruggs. “My plan was to remodel the house and to split my time between San Antonio and Marfa, Airbnbing the house when I was not there.”

She spent more time in Marfa in 2018 to work on the house, eventually moving in. She was always friendly to Beebe, but kept a “cautious distance.” Things escalated after they started dating that summer. They soon met each other’s families during the Christmas holiday.

“I think that growing up in Houston, we had similar upbringings and similar families and that gave us a strong bond,” said Scruggs. “We have a lot of overlapping experiences and interests but we also share the same values, work ethic and styles of communication.”

Beebe agreed they compliment each other. “She has things she’s good at. I have things I’m good at,” said Beebe. “She’s smarter than I am and better looking than me. It’s a good deal.”

The couple married on September 28, 2019 in an intimate ceremony in Scruggs’ parents’ living room in San Antonio. The house was undergoing renovations, so the parents’ bedroom was converted into the party room. The guests included their parents, siblings, families, and closest friends. The officiant was Hon. Hill Jamison, retired justice of the 14th Court of Appeals and longtime friend of the two families. Stephens read the same poem Scruggs read at his wedding. Beebe’s parents hosted the rehearsal dinner at Argyle Club in San Antonio.

A second ceremony was held on January 18 in the Cullinan Hall at the Museum of Fine Arts in Houston. “The Cullinan Hall building, designed by Mies Van Der Rohe, was a pivotal building for me in my formative years, and part of the inspiration for my study of architecture,” said Scruggs.

Her parents hosted the black-tie wedding reception. Primo Carrasco performed a few songs during the dinner.

“Our rowdy crowd was silenced in awe, and we were both moved to tears,” said Scruggs.

The after party was down the street at the Continental Club in Houston (Beebe is a partner for the club). The Texas Tycoons from Austin performed with guest appearances from Beebe and his friends. The four original members of Beebe’s band from the early ‘90s, Banana Blender Surprise, reunited. Beebe said he was the least enthusiastic on stage because he wanted to go back to his wedding party, but he had fun.

Their third and final wedding celebration is on Valentine’s Day, February 14, at Beebe’s home at 404 Bell Avenue in Valentine.

The West Texas community is invited to attend.

What Scruggs loves about Beebe is his compassion for other people, whether it’s serving as justice of the peace, playing music with Carrasco or cooking hamburgers at his restaurant Hombres. Scruggs said that her husband cares about the people in Marfa and wants to make the town a better and happier place.

“I think we came together at a point in our lives where we were both craving a relationship that had a purpose, and I think we found that,” said Scruggs. “I’m excited to support him in the work he’s doing here in West Texas and looking forward to starting some initiatives of my own.”

They established the Presidio County Community Fund and are working with the community, specifically The Marfa Municipal Alliance for Dead Country and Folks Singers, to establish a nonprofit that will address local mental health needs. Scruggs and Beebe are asking people to donate to the community fund in lieu of wedding gifts at cftexas.org.

The newlyweds plan to work and live in Marfa for the foreseeable future, working on Scruggs’ house and testing new ideas at Hombres.

“We feel so fortunate to have found each other and to be making a fresh start in the middle of our lives,” said Scruggs.