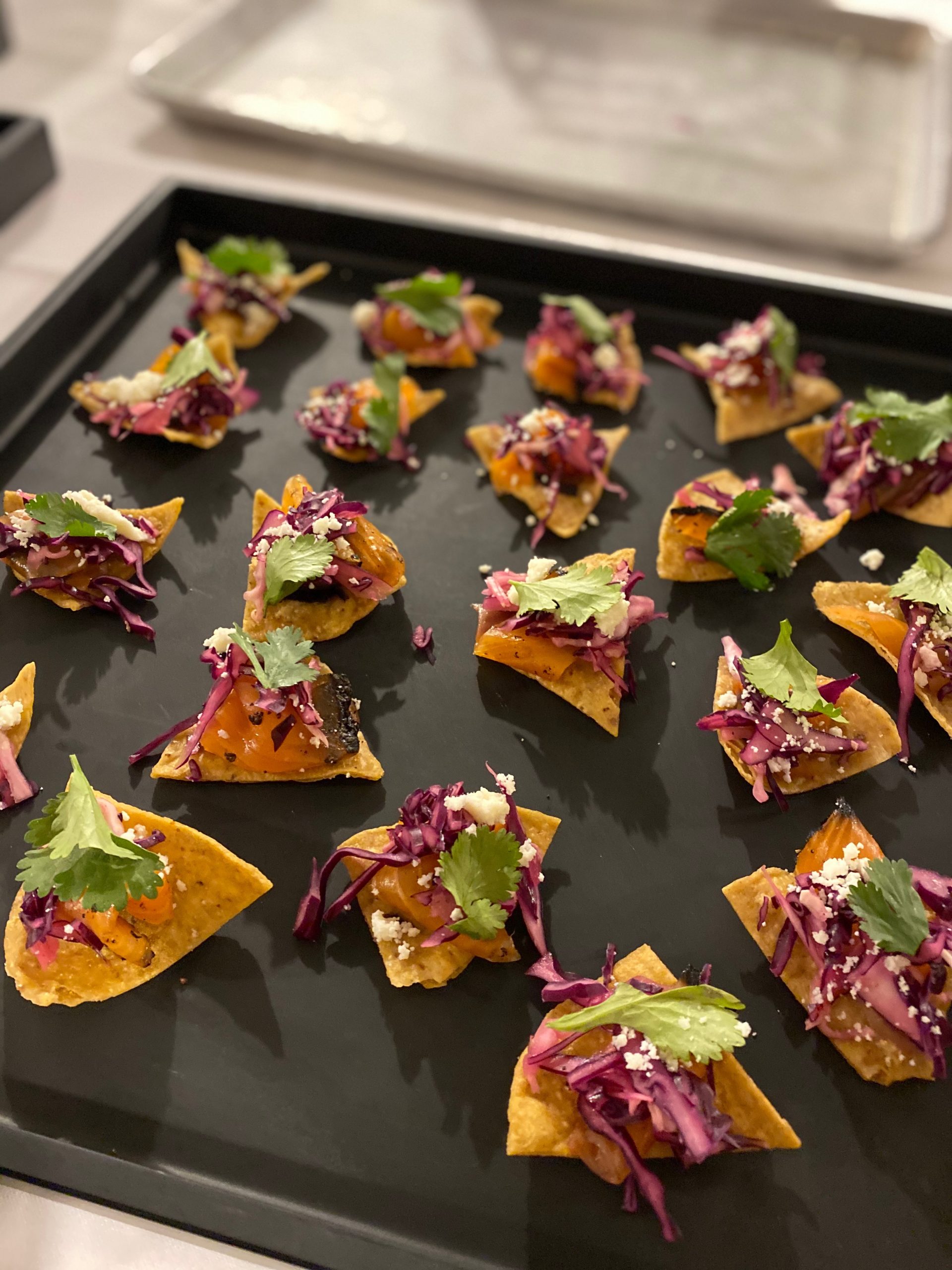 NEW YORK CITY — When the Judd Foundation held a fundraising dinner this week in New York City, Texans in attendance might have recognized some familiar smells.

Convenience West, the Marfa barbeque eatery, was invited by the Judd Foundation to cater the event. The restaurant’s four partners — Mark Scott, Kaki Aufdengarten, Adam Bork and Katy Rose — all made the trip.

There, they served up Lone Star classics like their brisket and pickles, as well as a few New York-inspired dishes for the occasion. Among them: pastrami smoked salmon tostadas and a smoked sugar pavlova, which Katy Rose made by putting sugar in the restaurant’s Marfa smoker.

“We kind of walked this line between West Texas barbeque and New York City flair,” Mark Scott said in an interview from Brooklyn on Tuesday.

The Judd Foundation was gathering in New York for a few reasons, including to celebrate their growth and work in Marfa and the opening of a Judd exhibit. In a statement, Rainer Judd, president of the Judd Foundation said she’d previously worked with Convenience West, including at Casa Perez Ranch Day, and wanted to continue that relationship.

We appreciate all it took for the team to share their personal style and exquisite taste with us,” Judd said. “They made the evening a particular kind of Marfa-special.”

As Scott tells it, plans for his trip began one evening a couple months ago when Judd was getting dinner. “She was like, ‘Maybe you want to come barbeque in New York for a Judd event,’” Scott recalls. He thought she was joking. But “the next thing we knew, we were buying plane tickets and it was actually happening.”

In New York, Scott estimates they fed around 60 people. They drove to El Paso, where they overnighted a 90-pound cooler box to their vacation rental in Williamsburg, Brooklyn. “We met it the next morning,” Scott said.

The Convenience West crew gave themselves a few extra days to sightsee. Scott and Aufdengarten, husband and wife, had only been to New York City once before, in 2014. Together, they visited the 9/11 Memorial and wandered through the Financial District.

Scott found himself fascinated by the cityscape. “Everything is just so old and amazing and dense,” he said. At the dinner, he had a “strangely home-y feeling” of being in a Judd building in downtown Manhattan. It felt like Marfa, he said. “And then you look out the window and you’re like, ‘No, you’re in SoHo.’”

Another thing they’ve been doing: eating. They visited Mission Chinese Food, a famous New York eatery, and later had some amazing soup dumplings, Scott said. Scott was also partial to the bodega egg sandwiches — another classic New York staple. But they stuck mostly to Asian food, figuring they got plenty of barbeque in Marfa.

“It’s been a really fun experience,” Scott said in an interview. “It’s a rainy Tuesday morning, and I’m standing in Brooklyn. I just feel super blessed and over-the-moon. Since we opened [Convenience West] a couple years ago, it’s led to so many amazing adventures.”

“It’s been wild,” he added. “I have the crew to thank for it. I couldn’t do it without these guys.”