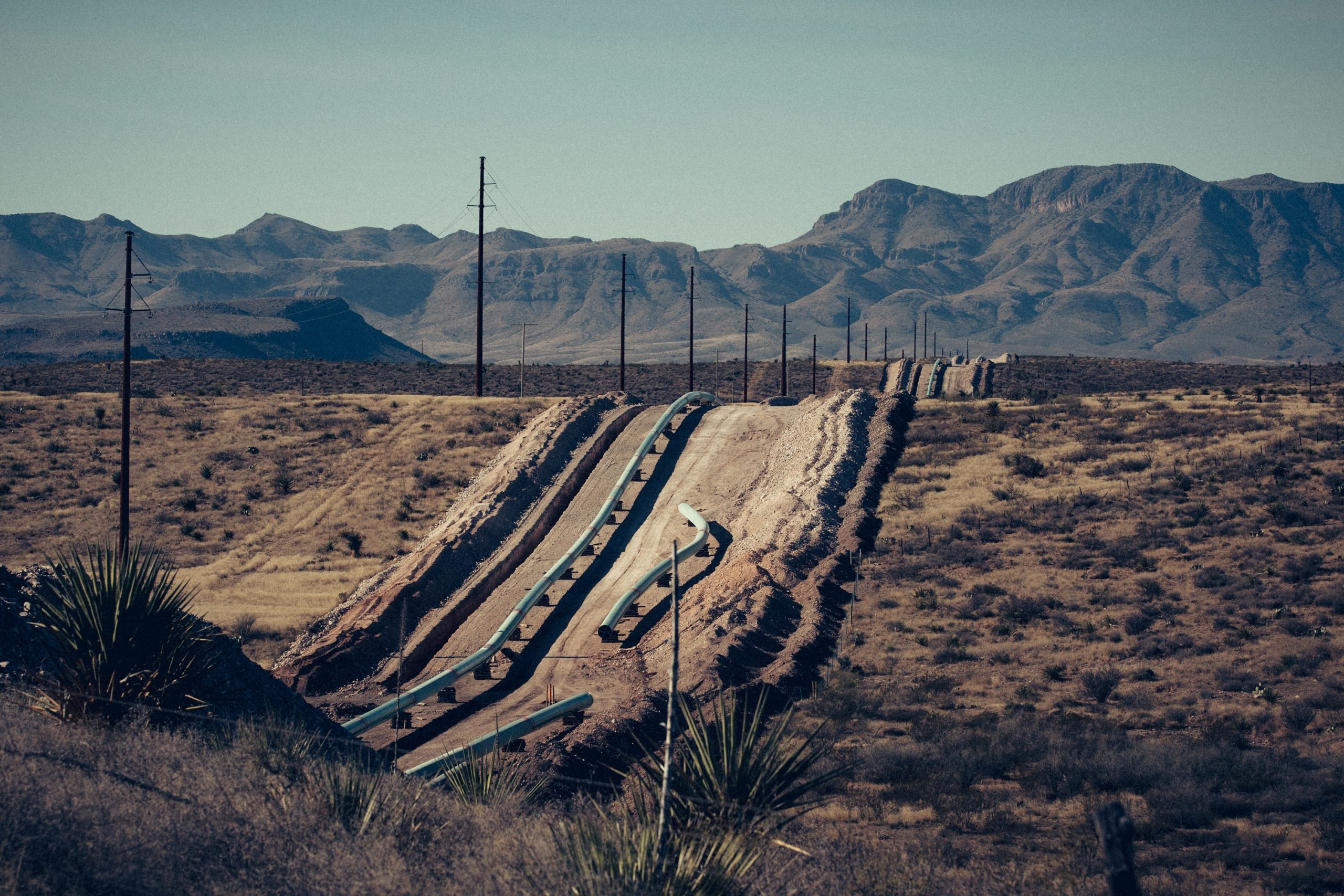 FAR WEST TEXAS — The documentary film Trans Pecos: The Story of Stolen Land and the Loss of America’s Last Frontier is slated for its Marfa premiere at The Crowley Theater Friday, February 28, with doors opening at 6 p.m. and screening at 7 p.m., followed by a panel discussion.

West Texans may remember the disputes between Energy Transfer Partners (now Energy Transfer) and landowners as they battled over the placement of a natural gas pipeline from the WaHa Hub in north Pecos County all the way to Presidio at the border. Ultimately, Energy Transfer expropriated private land using eminent domain, claiming it was in the public interest and allowing the private company to lay pipeline across local lands. The pipeline is in operation today, though it ships a low volume and moves almost all of the gas out of the United States entirely.

The Trans Pecos documentary tells the story of an unlikely alliance of landowners, legislators, and industry insiders as they rally together to expose what they believe are ambiguous claims of eminent domain, and fight a wave of industrialization that is shifting the landscape of Far West Texas. Trans Pecos is a story about the unexpected bipartisan alliances that occur when companies place private gain before public good.

Ragland was inspired by the rugged, untouched landscape. “To learn this land coupled with the voices who stand for true land stewardship, I felt as though we just may have a story that could move the needle towards helping folks believe that all of this fossil fuel infrastructure isn’t inevitable,” the director said.

The film is full of familiar faces, with local artist “Cowboy Johnny” Suficool, the late writer and activist Pilar Pederson and Sul Ross archaeologist David Keller talking about the importance of preserving the pristine Big Bend region. The story of the Trans-Pecos pipeline may best be told through a visual medium; the film’s cinematography takes on the massive landscapes of west Texas with sweeping drone shots of untouched land, contrasted with scenes from the days of pipeline construction, where miles of pipe lay stacked under big Texas skies. Director Nicol Ragland, a longtime nature photographer, is able to capture the visuals deftly, while intercutting the vast scenery with interviews of those who protested the pipeline along the way.

Coyne Gibson, who has a background in oil and lives in Fort Davis fought the pipeline. “We’re not just hippies, we’re not just environmentalists, we’re engineers, we’re artists, we’re housewives, ranchers, business owners. The spectrum of people involved in the opposition are broad and wide,” Gibson tells the camera.

As disparate worlds collide, it is the shared love of the landscape that binds these groups together. The coalition couldn’t stop the pipeline, though, with the film offering a dirge, courtesy of Keller, mourning the loss against the oil and gas company.

“There’s a powerful impact that comes from a compassionate witness that feels their own humanity in relation to place,” Ragland said. “I found this in Coyne Gibson, Pilar Pederson, David Keller and Roberto Lujan. They spoke truth to power with a cadence of conviction that just may bring CEO’s of oil companies to take pause and say ‘we owe something larger than ourselves.’”

The grassroots support behind Trans Pecos works to find common ground in a way that strengthens citizen engagement and civic bridges. With support for the premiere from Patagonia, the filmmakers are bringing together a panel for conversation and Q+A after the screening to share how the story of Trans Pecos can educate local landowners in their own challenges against eminent domain condemnation. Panelists include former President of BBCA Trey Gerfers, BBCA volunteer Coyne Gibson and filmmaker Ragland, with conversation moderated by environmental and eminent domain attorney at the counsel for Texans for Property Rights, Jim Bradbury,

Proceeds from the evening will be donated to The Hill Country Alliance, Big Bend Conservation Alliance and TREAD Coalition. To learn more about Trans Pecos and for background regarding the ongoing dispute, visit www.transpecosdoc.com.