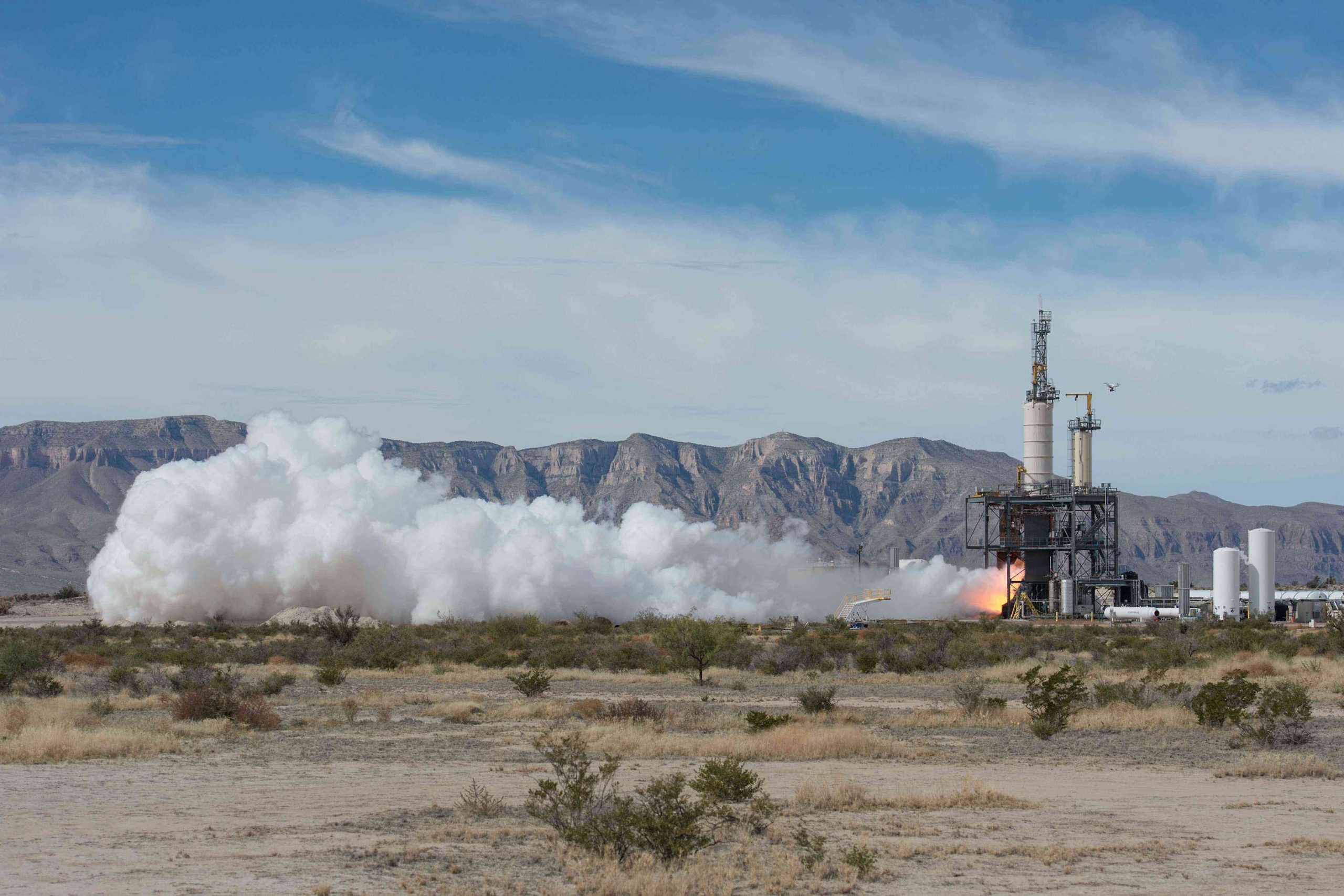 VAN HORN — Larry Simpson remembers the day he met Jeff Bezos, the billionaire founder of Amazon and a space enthusiast.

It was around 2005. Bezos had big dreams of opening a rocket testing facility near Van Horn, and Simpson was running The Van Horn Advocate. He later retired in 2012 after running the paper for almost 40 years.

Contrary to popular accounts of the meeting, Simpons said Bezos didn’t just walk in. He called and scheduled a meeting. And the interview itself was pretty standard. “We pretty much just let him tell us about his vision,” Simpson said.

“But,” Simpson added, “it was unusual for a guy that owns Amazon.com to walk into the office and sit down and talk to you.”

It’s been over 10 years since Blue Origin, the space exploration company launched by Bezos, settled in Van Horn. The West Texas operation is part of a nationwide business that includes facilities for design work in Los Angeles, engine-building in Washington State and government affairs work in Virginia.

In Van Horn, the company has been testing and operations for its “New Shephard” suborbital rockets and development for its “BE-3” and “BE-4” rocket engines. Bezos is also funding the Long Now Foundation to build 10,000-year clock in the area.

Last week, Blue Origin opened a new engine production facility in Alabama, which will produce BE-3 rockets that are later tested in Van Horn. But the company stressed to The Big Bend Sentinel that the news didn’t mean the company would scale down its operations in Van Horn.

Instead, “West Texas will remain the engine development testing center and will be as busy as ever,” as more engines from Huntsville, Alabama, would mean more tests in Van Horn, a spokesman said in a statement.

“To be clear,” the spokesman added, “we have never manufactured engines in Van Horn.”

As Blue Origin has scaled up its operations in Van Horn, the regular visitors (both Blue Origin employees and rocket-launch enthusiasts) have meant more business for Van Horn restaurants, hotels and other service industries. In the heart of town, Hotel El Capitan confirmed that Blue Origin employees were regular guests. They declined to comment further, citing a confidentiality agreement with the company.

Those economic benefits may not always trickle downmarket. Sam Patel, the office manager at in Knights Inn motel in Van Horn, said most of his guests were truckers and tourists traveling along Interstate 10 — not rocket engineers.

“They stay in those high-end hotels,” Patel said. “They don’t come to my place.”

But on a macro scale, the Blue Origin business has meant more money for the city, said Lisa Cottrell, a member of the Van Horn Economic Development Corporation and the owner, along with her husband, of a couple local businesses, including the local branch of NAPA Auto Parts and the Van Horn Cattle Company, a steakhouse.

Cottrell pointed to a new apartment block in development, and to 12 new houses that are being built specifically for Blue Origin employees, she said. More revenue was coming in, and taxes have risen, she said.

“Thank God we have them here,” she said. “They’re great for our community. I hear that they’re going to expand here, employee-wise.” The Blue Origin spokesman declined to confirm these rumors, saying the company had “no detailed specifics to share at this time.”