Cochineal’s Alexandra Gates finds her sea legs in the desert 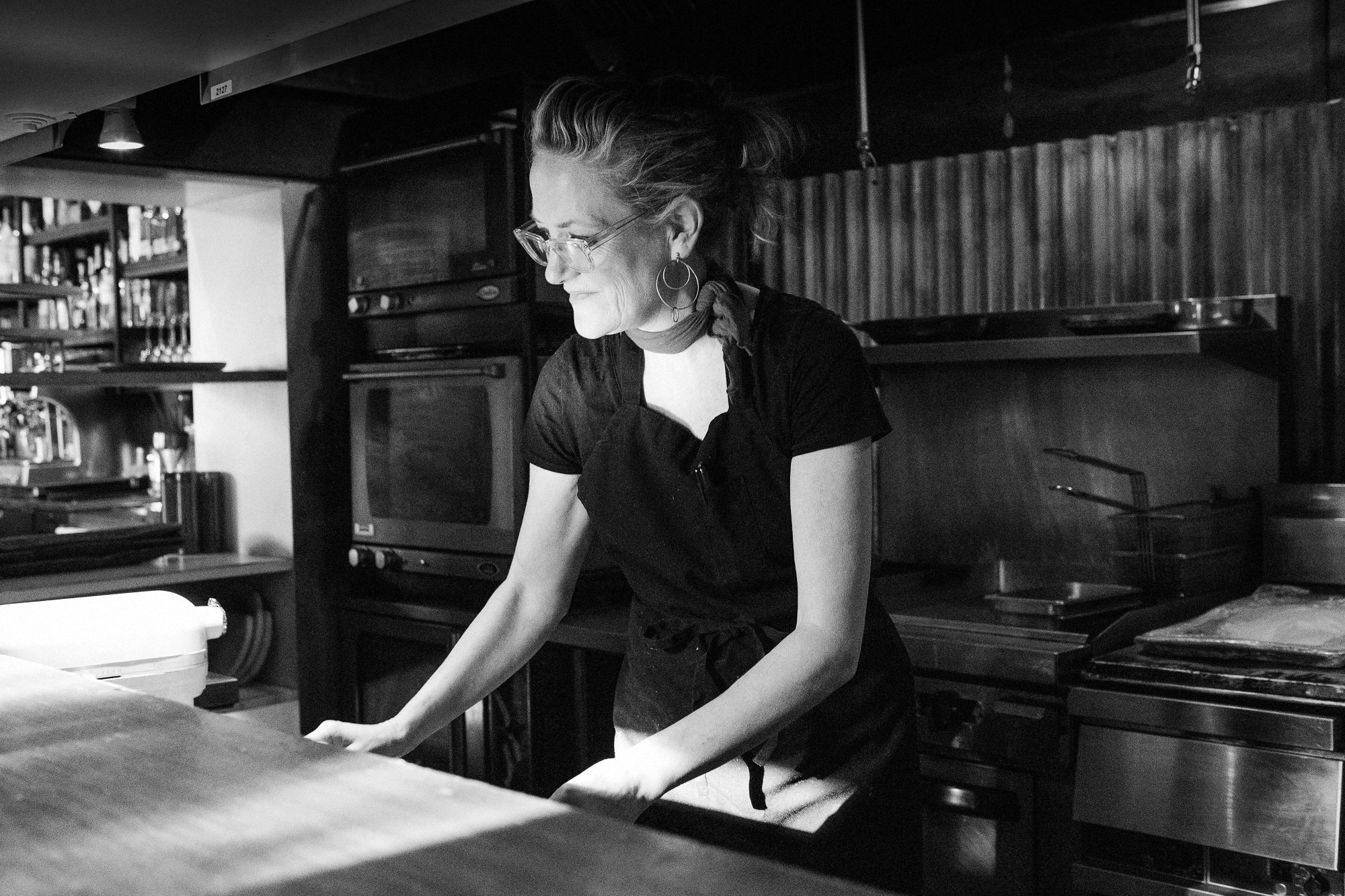 MARFA — Alexandra Gates’ inbox was flooding with messages of congratulations last Wednesday –– the Cochineal owner and executive chef just wasn’t quite sure why. Gates just recalls that her husband, Cochineal partner and owner James Harkrider, was ecstatically screaming at the realization that she was nominated for a James Beard Award.

She is one of twenty chefs honored with the 2020 James Beard Best Chef: Texas nomination, a new category that recognizes Texas’ culinary scene in its own right, instead of including it in one of the awards’ multi-state regional categories.

“I find that as I get older, the things I like best are things from my childhood,” Gates says of her cooking. She grew up in the Bay Area, but would spend her summers visiting her maternal grandparents in the Swiss countryside.

“My grandpa would bring back buckets of fish that were still swimming and put them in the bathtub until lunchtime. We always had whole trout,” Gates recalls. “Whenever I do a whole fish, I think of my grandparents, and that’s endearing to me.”

Cochineal’s menu is European-inspired, but the chef incorporates Texas ingredients. But even the Texan-twist hearkens back to Switzerland. When she was there, her family would get fresh eggs from the farm. “I love the idea of that being reintroduced into our culinary and dining experiences, supporting local farmers,” she says. In Marfa, she’s cultivated relationships with urban farmers in Alpine and Fort Davis and has a growing garden of ingredients behind the restaurant.

“I’m very particular about high quality ingredients. I’m making sure the meats don’t have any hormones. I’ve got some heritage breed, free-range all-organic chicken eggs. The yoke was almost red –– it’s so beautiful. You know the chickens are taken care of, and I love that aspect.”

But bringing Europe to the deserts of West Texas has its own challenges, and the menu can shift based on the weather. “I get fish flown in. Sometimes if the weather is bad, we don’t get our order, because it’s overnighted,” Gates says.

Gates is one of three Texas chef nominees cooking in a rural area. “I didn’t know that James Beard was even paying attention to such a small town, which is really nice to know,” she said.

She began working at a Japanese restaurant, where she was a server and had to wear a kimono. But she continued working in restaurants, even as she pursued an art degree. She arrived in New York to study at the School of Visual Arts. “When I started in New York, it dawned on me, I had a studio and school was really expensive.” She slowed down on her masters degree studies.

Gates bypassed formal culinary school, cutting her teeth in the kitchens of New York. “I sought out women-owned restaurants and ended up working with two really amazing women while I was there,” she says. Soon, she was in the ranks of Ingrid Roettele’s female-driven kitchen in the East Village. She decided consciously to only work for women, and joined the kitchen of Marja Samsom.

It was her Texan husband who brought her first to Austin, and eventually to Marfa. She befriended former Cochineal owners Tom Rapp and Toshi Sakihara. When Sakihara fell ill, they decided to sell the restaurant. Then Sakihara passed away, Gates and her husband adopted their daughter and Gates was hit with a cancer diagnosis. When the dust settled, Rapp and Gates reconnected.

“Something kind of clicks when you’re diagnosed with something like that. You’re like, life’s short, I’m going to do what I want. We ended up purchasing,” she says. That was 2017. Soon, Gates and Harkrider were Marfa residents with a restaurant on their hands.

“It’s probably a big reason why I actually got that semifinalist. I don’t even know who nominated me,” she laughs. “I love what I do, so I feel very content.”