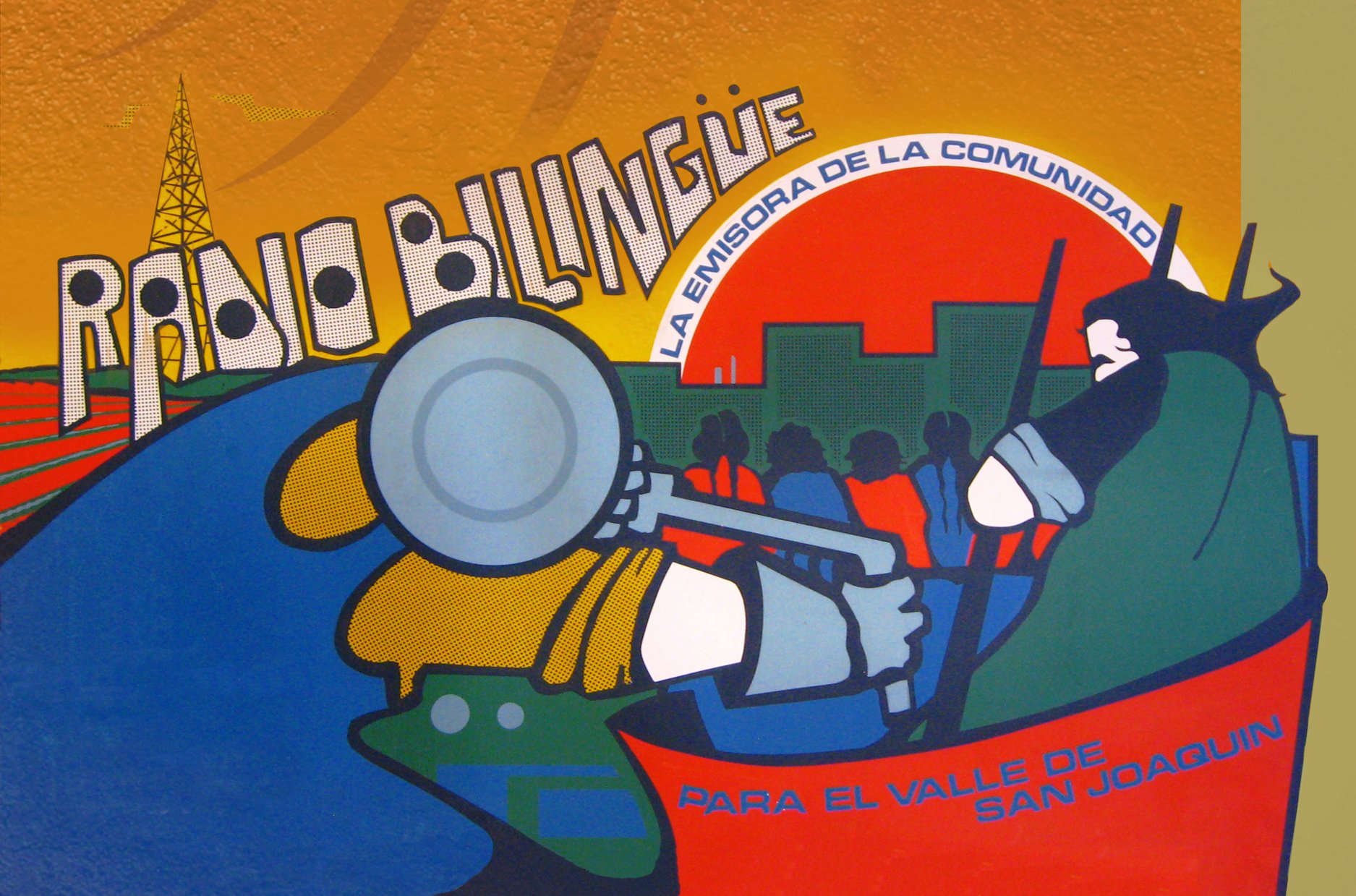 PRESIDIO — Radio Bilingüe was started by Latino activists and farmworkers in 1976 as La Voz que Rompío el Silencio, or “The Voice that Broke the Silence.” And now, 44 years later,  the station is set to arrive in Presidio city by the end of the month.

In exchange for a free spot to set up their antenna, Radio Bilingüe is making Presidio a sponsor and will allow the city to contribute content if it wishes to do so. “They really didn’t have to pitch us very hard,” said Brad Newton, executive director of the Presidio Municipal Development District. “We were very receptive from the beginning.”

Radio Bilingüe, a California-based Latino radio station, says it will be on Presidio airwaves by late March after city council gave the group permission to set up an antenna on city property last week.

The nonprofit first approached the city with the proposal earlier this year. City leaders see the proposal as a way to bring more Spanish-language programming to residents of the Presidio/Ojinaga border region.

Radio Bilingüe offers news and cultural programming in Spanish, including a call-in show (Línea Abierta, or “Open Line”) and traditional Mexican music like mariachi and conjunto.

The station will get the call letters KRBP, for “Radio Bilingüe Presidio,” Newton said. It’ll be on air no later than March 24 — the deadline the nonprofit has to use its Federal Communications Commission license before it expires — but the group says it expects to be on air even sooner.

Radio Bilingüe has over 50 stations and affiliates, including in Mexico, California, New Mexico and Arizona. In recent years, the group has also been trying to reach the massive Latino population in Texas, said Hugo Morales, executive director and co-founder of the station.

Radio Bilingüe is already broadcasting in South Texas, including with stations and affiliates in Zapata and Crystal City. “But Texas is very large,” he said, explaining why the group hasn’t reached the whole Texas border region just yet.

Morales predicted the station will broadcast for around 60 to 80 miles. But he doesn’t expect Marfans will pick it up, because he says the Chinati Mountains will get in the way.

“Basically it’s just going to be Presidio and Mexico,” he said of the new station. “The mountains will block any transmission in the Marfa direction.”

For Morales, this latest station is another step in bringing together cross-border Latino communities in the United States and Mexico. And Presidio, where many residents regularly travel to Ojinaga, is a “microcosm for the border,” he said.

“We want these families to have economic opportunities,” Morales said of Presidio residents, noting that a Spanish-language station could help bring them important updates on education and healthcare. And Linea Abierta will be an opportunity for residents to “call in and be heard,” he said.

“That’s something we value. That’s our contribution,” he added. “The radio station is in fact a bridge.”