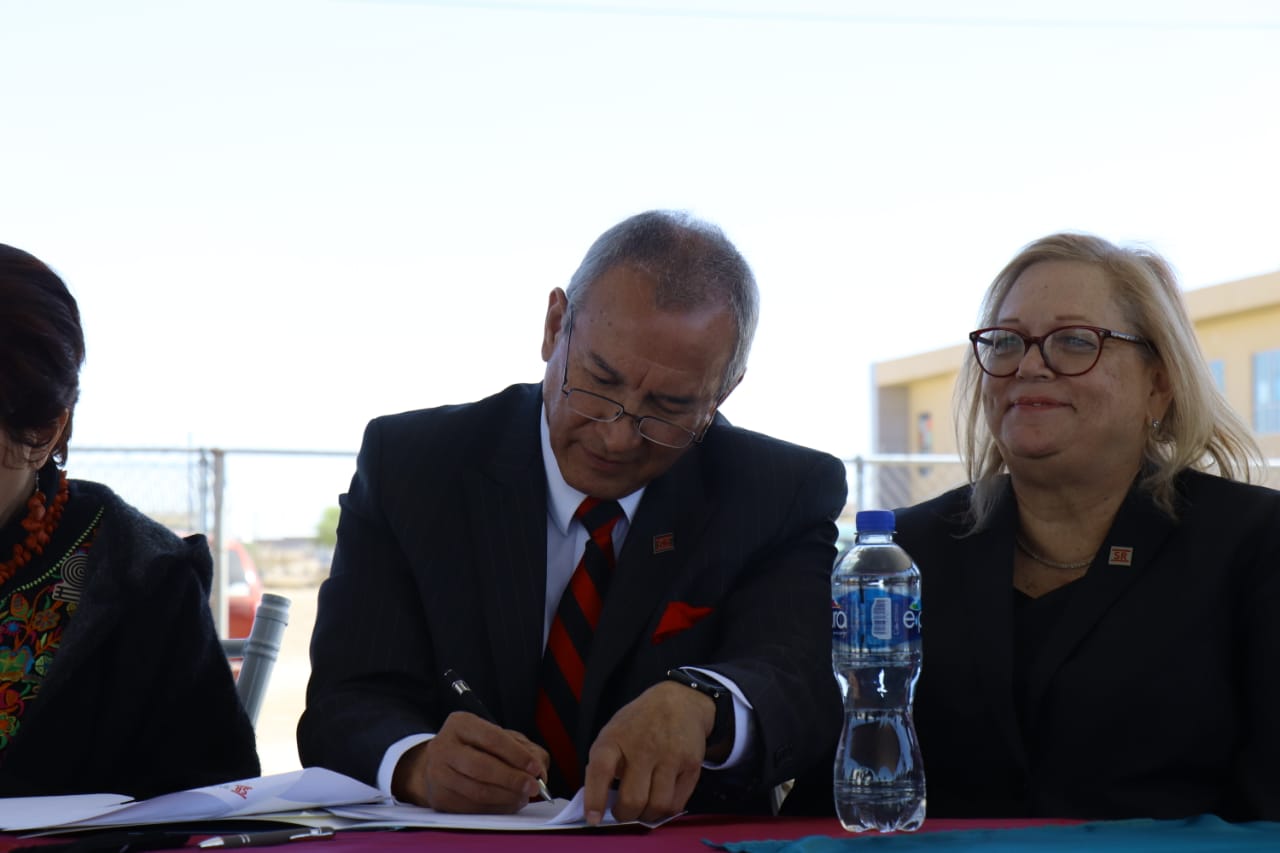 “COBACH is an excellent educational organization,” said Sul Ross’ Vice President of Student and University Services Leo Dominguez. “We are extremely excited to have them partner with Sul Ross so we can help their students accomplish their higher education aspirations.”

The accelerated pathway will reduce the overall associated costs of applying to Sul Ross and will waive certain admissions requirements based on COBACH students’ qualifications.

COBACH is an early college high school system that launched in the state of Chihuahua in the 1970s, and now has dozens of campuses all across Mexico. COBACH General Director María Teresa Ortuño Gurza traveled to Ojinaga to meet SRSU officials and sign onto the document.

The efforts to recruit across the border are new for SRSU. The school attempted to form an international partnership decades ago, but the effects of September 11 drew the efforts to an abrupt close, according to the school. But the efforts reawakened after a Strategic Enrollment Management Plan completed by Sul Ross in December 2019 revealed a cycle of growth and contraction for enrollment across the various Sul Ross campuses. From 2018 to 2019 alone, enrollment across Sul Ross declined by 346 students.

“Maintaining a stable and growing enrollment has been a challenge for Sul Ross throughout its entire history,” said President Bill Kibler. “Without a strategy like the Strategic Enrollment Management Plan, we become subject to the enrollment whims of the nation, state and region.”

Challenges such as location, cost of attendance, student engagement, instructional delivery methods, and overall student experiences present opportunities for the university to make significant improvement and changes, the school said after the release of the study.

Kibler had discussed opportunities for increasing enrollment by recruiting across the Rio Grande, saying, “Right now we are opening up what has the potential to be a significant pipeline for students from Chihuahua, Mexico.”

As a next step, Sul Ross State University has organized a “Sully Showcase,” inviting Ojinaga COBACH students to attend a special event on Friday, March 20 at the Alpine campus.

Sul Ross enrollment specialist and recruiter Dafne Rodriguez explained that her job is to help “recruit these students with these opportunities.” The Sully Showcase will give the international students a chance to meet with the admissions department and the department of financial aid, offering the same opportunities that local schools have during showcases.

“Our COBACH Sully Showcase is an open house for our new prospective students,” Rodriguez said. “This event will go ahead and give them more information about the admission process, helping with the initiation of their student visa, and getting them more comfortable with the university.”

“This is basically an accelerated admission contract to help international Ojinaga students to have better opportunities for a higher education. It’s a much shorter process than our traditional international process,” Rodriguez said. She adds that now that the memorandum is signed, COBACH students are eligible to begin their applications now.