Officials banned rentals to visitors — but not all complied

TRI-COUNTY — Local orders limiting short-term rentals were meant to keep visitors from flocking to this sparsely-populated region during the coronavirus pandemic. But talk to many in Marfa, and they’ll tell you they’re still seeing new faces in town.

Take Melly Payan, an assistant manager at the Stripes on East San Antonio Street in the heart of Marfa, who says she’s still seeing a steady stream of non-locals coming into the store.

“Actually, there’s been more out of town people,” she says. “It’s crazy.”

Out of curiosity, Payan and her co-workers have started asking new customers where they’re coming from. They get answers from all over the state and country, including Austin and California.

For Payan, an essential worker, the number of visitors has been striking — especially while many Marfa residents have closed businesses, lost jobs and are sheltering at home.

“I don’t even think they care,” she said of visitors defying local orders and arriving during the coronavirus pandemic. “I don’t think they take it seriously.”

Across the country, bars, restaurants and other service businesses have closed or switched to to-go service to comply with local orders meant to slow the spread of coronavirus. And leaders in the tri-county have gone further than most, imposing rules that ban rentals to most visitors.

In a region that runs on tourism, those rules have caused tensions between public officials and business owners. In Brewster County, the owner of the Gage Hotel in Marathon sued after officials ordered his hotel to temporarily close.

And in Marfa, public officials expanded the rules to also halt the letting of long-term rentals to out-of-towners, after they said hosts were continuing to solicit renters from outside the tri-county.

In the expanded order from earlier this month, officials cited visitors who “see Marfa as a ‘safe haven’ to ride out the COVID-19 pandemic” and the use of “‘Escape to Marfa during COVID-19’-type advertising by local rental owners.”

What controversies like this miss, though, is that some rental owners aren’t just bending or fighting against the rules — they’re breaking them all together.

Still, after receiving a tip from a resident, The Big Bend Sentinel was able to track down one company that’s continued to flout county rules — a company with ties to a major Dallas-area investor, named Marfa Property Group, LLC.

Headquartered in a house in Fort Worth, Marfa Property Group owns at least two properties in the Marfa area: one in Marfa proper, the other in south Presidio County.

Airbnb listings for both properties have shown bookings in April, when all rentals in the area were ostensibly closed to all except essential workers.

The properties have three reviews from this month.

“Great and quiet location,” wrote Gretchen from Austin — adding that the property was perfect for “a last-minute stay.”

The house where Gretchen stayed, near East 1st Street and North Spring Street, is described as a “perfect Marfa retreat” on Airbnb. It’s owned by Marfa Property Group, according to Presidio County property records.

State business records, meanwhile, show the company is headquartered in Fort Worth and is registered by Michael Barnard. And though business registration doesn’t always show who runs a company — businesses can, for example, hire a lawyer to register for them — in this case that name matches Airbnb listings, where the host is named as Michael.

Both the name and photo match up with a prominent investor in the Dallas area — a man Fort Worth Weekly described in 2009 as a “wealthy Fort Worth real estate developer who owns property all over town.”

He owns so much property that by 2018 he and another investor owned “a big chunk” of an entire neighborhood in Fort Worth, the Fort Worth Star-Telegram reported that year.

Barnard did not respond to a request for comment.

Using Airbnb profile photos, The Big Bend Sentinel was able to link one renter — Gretchen — to other social media accounts.

When reached for comment, Gretchen was apologetic. Although she’d heard about Marfa’s visitor ban, she said she didn’t know the rules were still in effect.

“I had no idea the orders were still in place,” she said. “I wouldn’t have looked into booking anything otherwise.”

Neither Airbnb nor her host told her about the rules, she said. She visited Marfa from April 19 to April 21.

Airbnb says it sent out notices to both hosts and prospective renters in Marfa, warning them their holiday plans could run afoul of local emergency rules.

“We are contacting you because you have an Airbnb listing in Marfa, Texas,” read one message to hosts, which the company shared with The Big Bend Sentinel. “We sincerely apologize for the inconvenience, but appreciate your support in ensuring compliance with these regulations as local governments address COVID-19 public health concerns.”

By press time, Airbnb did not provide documentation that it had sent a notice to Barnard or Marfa Property Group specifically. Still, a spokesperson stressed that the message was sent to all local hosts.

When asked what the company was doing about hosts that didn’t comply, the spokesperson said Airbnb preferred working with cities “on a one-on-one basis” to find solutions, as opposed to taking more unilateral measures, including temporarily suspending listings or shutting down rental calendars.

In part, the spokesperson said, that’s because the “patchwork” of local, state and federal rules have made it “harder to generalize” what exactly officials expect of the online rentals company.

In some places, like Quebec and the United Kingdom, Airbnb has “calendar blocked” listings to prevent renters from booking rooms in violation of emergency orders. But in those places, top-down orders have made it “100 percent” clearer what officials expect from the company, the spokesperson said.

In an interview on Monday, Steve Marquez, Marfa police chief, said that while authorities have had to contact some property owners about the emergency rental rules, locals have followed the rules after getting a warning.

So far, “nobody’s taken it to the point where they’ve been repeat offenders,” he said. “We give them a warning, and then we never see them again.”

When The Big Bend Sentinel told Marquez about Marfa Property Group, on Monday, he drove over to check out the unit. But he didn’t see any apparent visitors — and Airbnb calendars suggested that no one was renting at that time.

Even before the coronavirus, Marfa had been taking steps to better regulate and tax the city’s many Airbnbs — even going so far as hiring a company last year to help with the process. But in Barnard’s case, his rental appears to have flown under the radar and isn’t on city lists of Airbnbs, Marquez said.

“As far as I know, those are supposed to be apartments,” Marquez  said of the property. “Whoever owns it now may not have registered.”

A convoluted web of accusations has recently emerged against law enforcement figures in Alpine.

At least 8 tri-county residents have been hospitalized for coronavirus, but BBRMC is leaving transferred patients out of its reports. 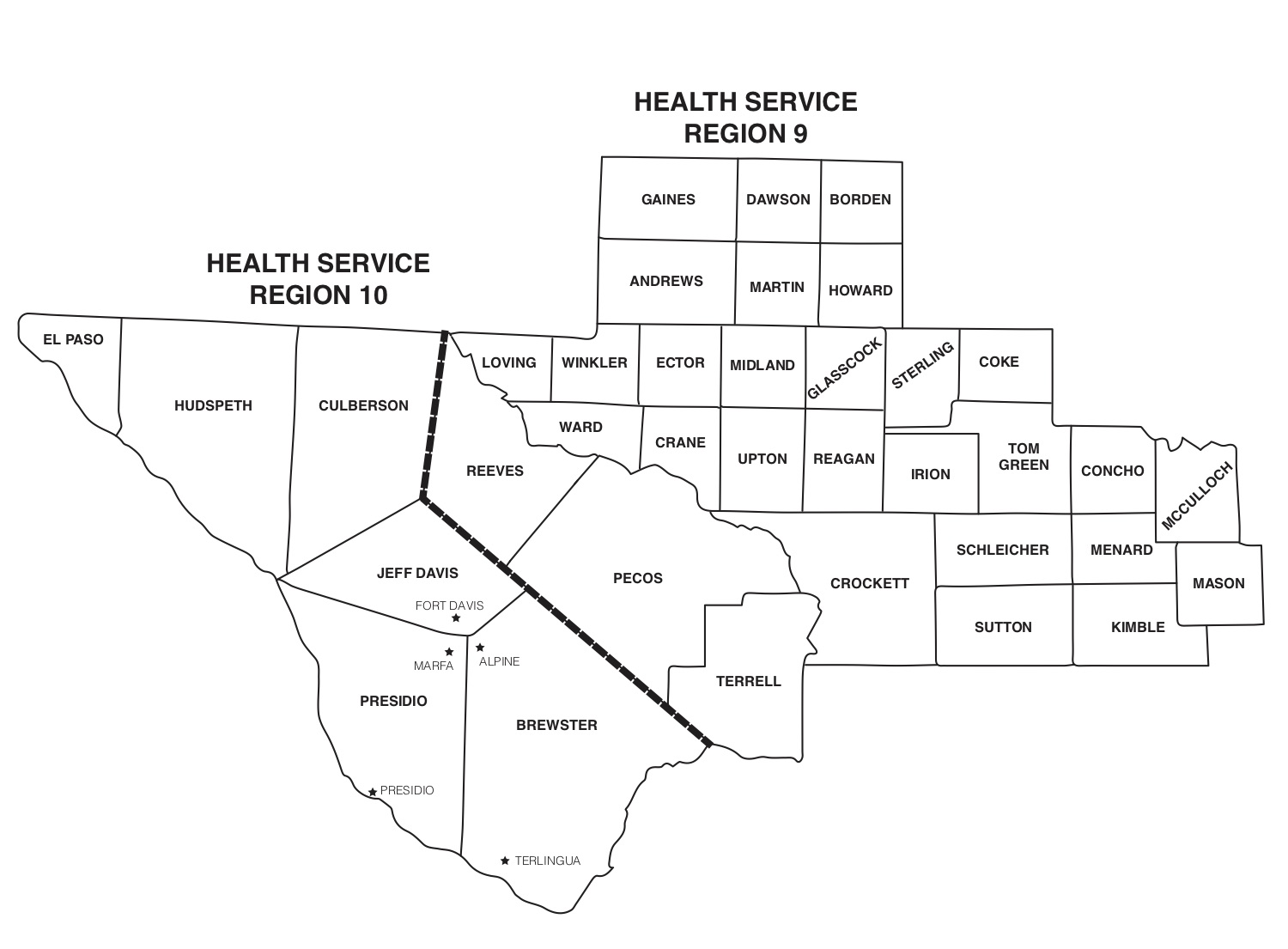