MARFA — The weather last November provided one day of utter stillness, and the next, an ice storm with a 30 degree temperature drop. Artists Roberto Carlos Lange and Kristi Sword were in Marfa that month to conduct research on Kite Symphony, a forthcoming project with Ballroom Marfa.

For a project conceptualized around kites in West Texas, these weather challenges were foiling the collaborators’ plans. The artists couldn’t predict the weather, so they adapted.

“Our initial intention was to make kites that made sound. That was it, that was the piece: kites that make sound,” Lange said one afternoon in May. Lange and Sword – his collaborator, wife and “sweetheart” of 19 years – had returned to Marfa this March to dig into the work of their project with Ballroom Marfa. More than two months later, they were still here and still working.

“March was our big effort to work on a lot of it together,” Lange said, and “so much of the piece is part of the landscape.” Lange, perhaps most known for his music under the name Helado Negro, studied at the Savannah College of Art and Design where he met Sword.

Sword worked in jewelry, metalsmithing, sculpture and drawing, at other times designing costuming or album art for Helado Negro. Likewise, Lange contributed to Sword’s projects. “In the past it was whether I needed something from her or vice versa. So many iterations of our creativity cross paths,” Lange said. “So much of what we do bleeds and blends into one another, but our individual work is so different and distinct.”

Kite Symphony is the first project the two are doing “from the ground up together,” Lange explained. “We find different tempos to finish things, that’s the exciting part. The push and pull of collaboration creates these cool moments of, if I just slow down or she speeds up, we find a different way to do something.”

After the challenges in November, “Realistically we couldn’t do this piece unless we were here all year long,” Lange said. Since that wasn’t feasible, the project evolved. “Ballroom has been so generous with helping us have that space and letting it be what it needs to be. It’s hyper-evolving because that’s what it needs to do at this point.”

Under the “large umbrella” of the project, each piece is “dealing with intricacies and nuances of what this landscape is about and dialing that in, in terms of, reactions and impressionistic versions of what we feel, see, and what it’s like to experience the feeling of being out here. It’s amazing, alien and wild.”

While kites are still “a sliver” of the project, according to Lange, there are now ephemeral sculptures dealing with light, wind and sound of the West Texas landscape, field recordings and different objects made to generate sound.

Sword has been creating small, ephemeral sculptures that are “happening a moment in time, dealing with the wind, the sound, the light.” During the interview with Lange, she was in the other room, repairing one that sustained damage from the elements.

Using mylar and films, the pieces are “reacting to the light and to the wind in a very beautiful way,” according to Lange. The sculptures are only temporary though. “They only happen when we’re dealing with them in that moment; They’re like the wind and the light – ephemeral, here and then gone.”

“Each thing that we create has video documentation of it,” said Lange. “We’ve been creating a sequence of these in a timeline that would ultimately be shown at some point as a film or piece.”

In the footage, the pair wear silver costumes, “not necessarily to hide ourselves but make ourselves more anonymous with the documentation.” Along with the footage, local musicians Rob Mazurek and Jeanann Dara and remote artists have been able to contribute in developing scores for the pieces.

While the Marfa climate had forced the project to evolve, another force of nature, in the shape of a pandemic, granted the artists a longer window of time to spend on the work. Sword and Lange were set to depart Marfa for Brooklyn at the end of March, but as the coronavirus ramped up and the bubbling crisis moved into the realm of emergency in New York, the pair struggled to figure out a way home.

“What was being resonated was ‘stay at home, stay where you are, don’t do anything else,’ and we just abided by that,” Lange said.

“We were in Marfa with the intention of only being here for two-and-a-half weeks, to go really hard and focus, to work and finish this piece. And then as everything with the virus and the world changed, we were constantly fluctuating between hyper-focus and completely derailed and distracted.”

The final iteration of Kite Symphony is yet to be announced. Lange and Sword are still working, recording their kites and sculptures, making audio and letting the piece evolve. Like most of the world right now, the collaborators are taking it day by day. Lange said, “We’re not speaking specifically to anything going on in the world, not making a point to do that, but without a doubt it’s forcing its way into our process right now.” 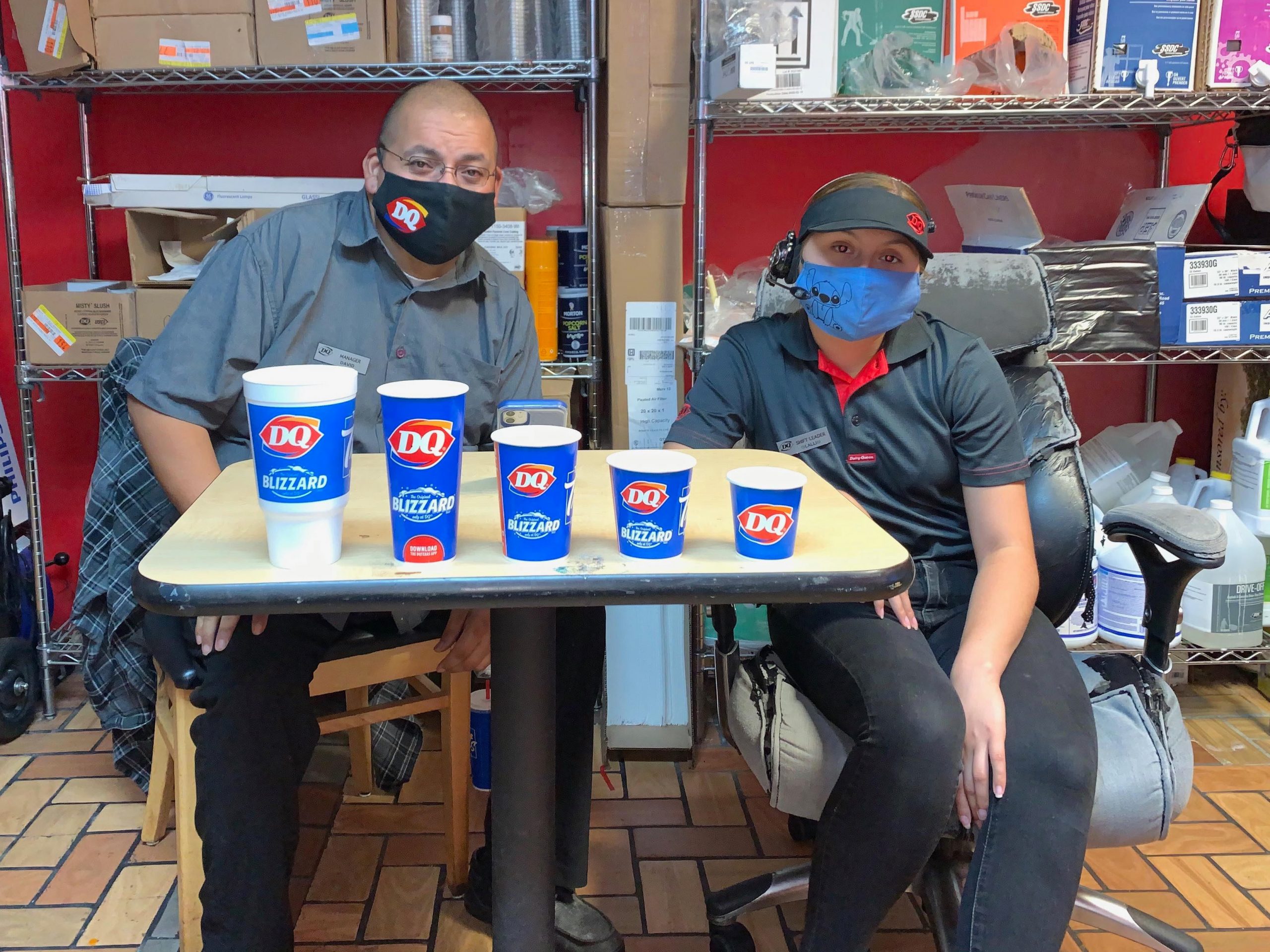