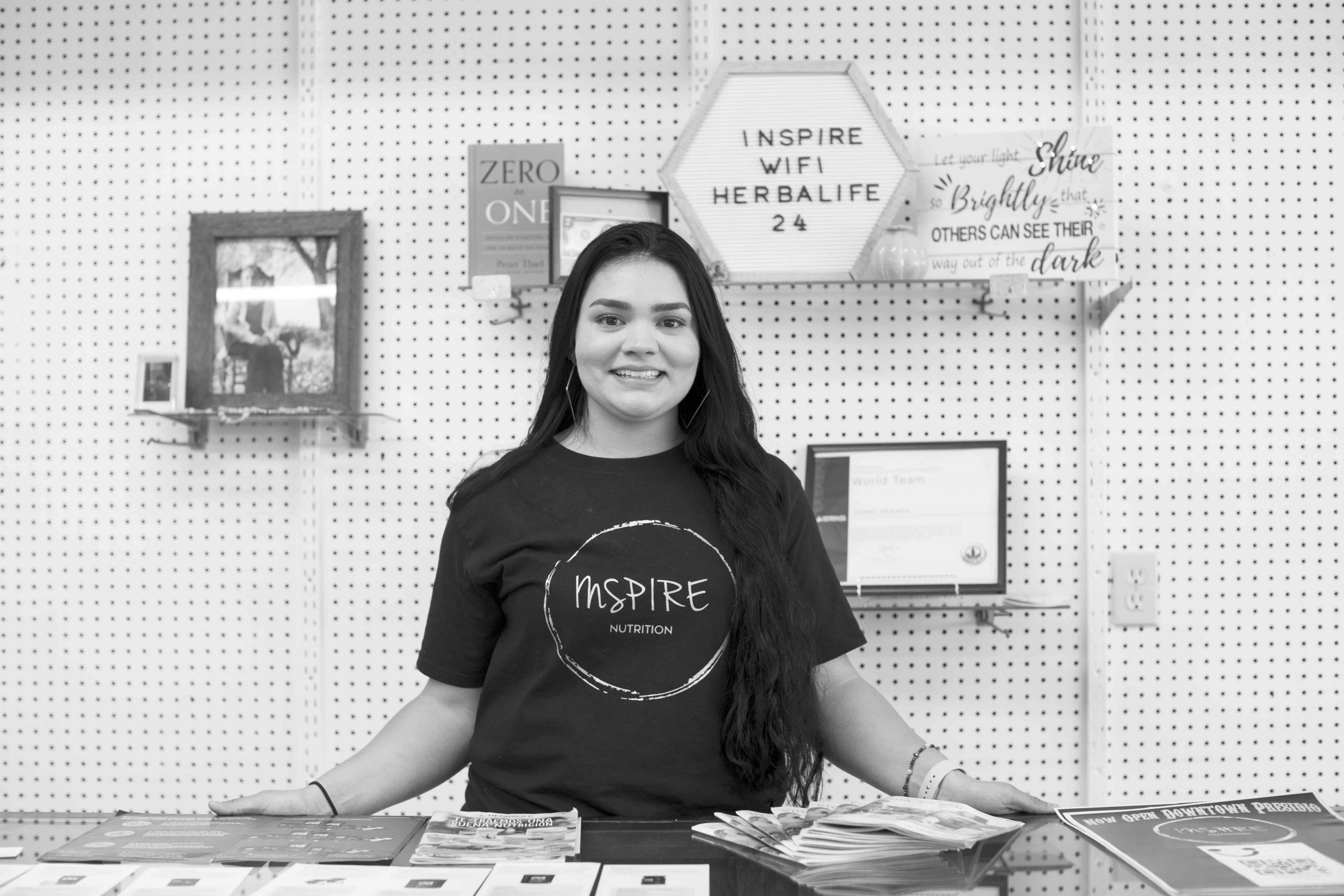 PRESIDIO — The sun beats down and heat ricochets off the Presidio asphalt; escaping into a quaint storefront, one is greeted with an eager voice exclaiming, “Welcome to Inspire Nutrition!” before receiving one of the many combinations of shakes and refreshing fruit or spice teas available. This is the dream of Ojinaga native Annel Aranda – a dream that she has since made into a reality.

Aranda is the owner of the new Inspire Nutrition, a shake and tea shop located on O’Reilly Street in downtown Presidio. Aranda opened the shop with hopes of providing a healthy option for people who live in Presidio, but the story of how she opened this shop has been years in the making.

Aranda — who left her home in New Mexico and is staying with family in Presidio to start her nutritional drink business — said that she had an idea and wanted to go for it. Arnada said she was first inspired about three years ago when, while living in New Mexico, she was introduced to her now good friend Kat Ramirez.

Ramirez, who also owns a nutritional drink shop, said her friendship with Aranda started when Aranda, who didn’t speak English at the time, would stop by Ramirez’s club with an interest in selling drinks and losing weight. In the three years since they met, Ramirez said Aranda took it upon herself to learn English, lose 30 pounds, and build up a significant customer base for her nutritious drinks.

After just over a year of working with Ramirez at her shop, Aranda expressed a desire to open her own, to which Ramirez said, “Now is the time to go for it.” Ramirez also expressed an admiration for Arandas’ work ethic, saying that “if anyone deserved to be written about, it is [Aranda].”

This past week, Aranda officially opened Inspire Nutrition and enjoyed a busy grand opening that she deemed a success. As far as what Aranda envisions her shop being, she said she wants it to be “different… not like a Starbucks where you just go and drink,” but rather, she wants to get to know the customers and become a place in the community where people can come to socialize..

While Aranda does not have tables yet due to COVID-19, this more intimate experience with customers is scored by things like a community wall where visitors can sign their names, her first dollar on display and a shrine of Aranda’s late grandmother.

When asked about the name Inspire Nutrition, Aranda said that when she first encountered fitness and nutritious drinks, they “were something that made me feel inspired,” and she wants to do something with her shop that will help inspire other people in a similar way. She also alluded to starting exercise classes in Presidio parks for the community to attend.

As far as long term aspirations, Aranda hopes to open additional shops in places like Marfa, Alpine and Van Horn. While she acknowledged that the prospect of opening a new business can be intimidating, Aranda simply said, “If you have a dream, you go see if it is going to work.”